Take a look at some new 2016 EVOC Stage backpacks, a new SDG I-Fly, and some new offerings from Giro inside.

Giro was showing off two new helmets that they were quite excited about that feature MIPS in a very affordable package. The Dime rings in at $60 and is aimed at smaller heads.

The Sutton helmet also comes with MIPS and is intended for commuters. It has a removable liner, reflective, has a u-lock hole, and more. $80 for the non MIPS version and $100 for the MIPS version. It’s pretty clear the direction Giro is going in the future.

Expect more updates this year in the Giro Helmet lineup. Giro also was promoting their Grinduro that takes place later this year. What is the Grinduro? It’s a Gravel Road Race + Mountain Bike-Style Enduro = one long loop of pavement and dirt, where finishing times aren’t based on overall loop time, but four timed segments (each roughly five-to-seven minutes).

SDG’s I-Fly saddle will be evolving a little bit based on what SDG showed us at Sea Otter. You’ll be able to see them on Trek World Racing Team bikes at the Ft. William World Cup but as you can see they’ve refined the height and profile of the saddle from this sample.  You can see that the height of the rail will be much lower.

EVOC backpacks can be seen on the backs of many athletes and there’s a new range of bags coming later this year. EVOC gave us a sneak peak at some of their 2016 offerings below.

The new Stage series backpacks will be available in four sizes. Aimed at giving great back ventilation while closely following the contours of the back.  you can carry a wide variety of tools and hydration in these backpacks while also keeping the contents dry.

There is quick access for tools, goggles/sunglasses, and plenty of storage.  Carrying your full face, or half shell helmet is also easy.

Prices are not set yet but the Stage series bags will be officially launched at Eurobike and will be available shortly after.  See more EVOC prodcuts on their website. 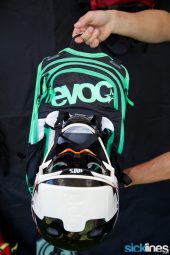 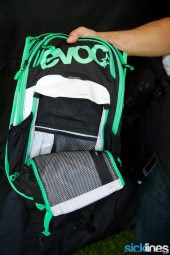 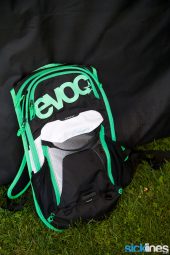 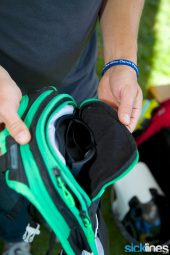 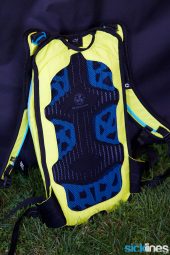 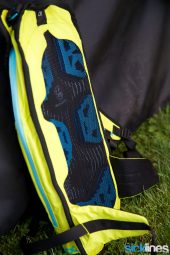 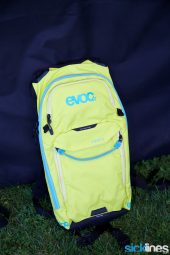 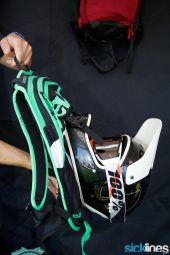 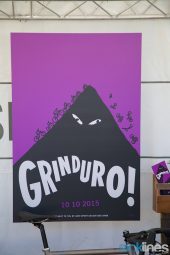