Racers on the East Coast are gearing up for the 2013 season. Be sure to see what the Eastern States Cup has in store for 2013 inside.

Racers have been saying how much they love to race and how curious they are about enduro racing. The POC Eastern States Cup has been listening and will be adding a separate enduro series in 2013. The POC ESC Downhill Series and The POC ESC Enduro Series will offer more racing and have over $50,000 cash available to racers. The POC Eastern States Cup is presented by Intense Cycles and supported by FOX and e*thirteen. 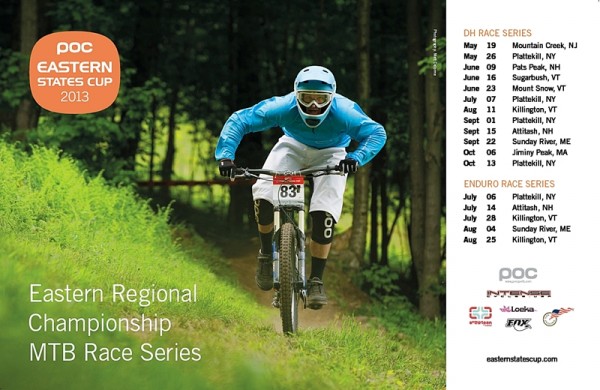 The talk this year is all about enduro racing, it’s quickly becoming the discipline of choice for many racers. The POC ESC Enduro Series by Intense Cycles will combine the thrill of DH racing with the fun of trail riding. The Enduro Series format will allow competitors, friends and families to race and ride together all day. The feature event of the enduro series will be an epic two day series championship race at Killington Resort, VT.

The 2013 POC ESC Downhill Series by Intense Cycles starts out in May with two back to back ProGRT Downhill races; The Spring Classic at Mountain Creek Bike Park and The Gravity Open ay Plattekill Mountain. The ESC/Pro GRT races have a total of over $11,000 in cash for pros and both races will be used to qualify racers for the USA World Championship Team. The best national and international DH racers in the world will be in attendance to compete against the ESC regulars. Last year Trek World Racing’s World Cup Champion Aaron Gwin won both races. Saturday morning Super D races have been added at both venues to increase racing opportunities by the most innovative MTB race series in the United States.

“The POC ESC is where riders compete, have fun and quickly become part of the POC ESC family. The DH series was great last year and will be phenomenal this year. With the addition of the enduro series and Super D races it will be the best place for racers of all disciplines.” Says Willie Ford at POC Sports USA. 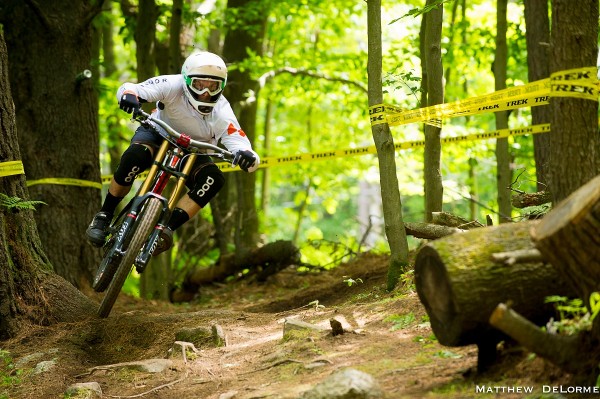 Intense Cycles is supporting the ESC and the east coast racing scene. They plan on bringing the Intense Demo Tour to select POC ESC events as well. “We are excited to be working with the Eastern States Cup”, says Intense Cycles Founder/President, Jeff Steber. “Intense is looking forward to spending more time on the east coast and the ESC is a great opportunity for us to increase our brand’s visibility and support racers. We know that this partnership will increase Intense’s branding and grow racing on the east coast and beyond.” – Jeff Steber

Mark Jordon, Marketing manager from Fox Shox says: “The ESC downhill races have earned a great reputation and the addition of the enduro series will provide something for all types of gravity racers. The growing sport of enduro gives trail riders a chance to race their favorite bikes on challenging terrain. We are teaming up with the Eastern States Cup and offering the $1000 FOX Enduro Challenge and the Fox Climbers Challenge to amateurs and pros.” 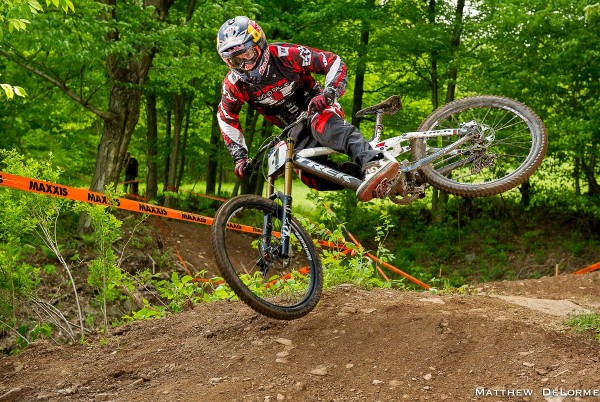 The POC ESC will continue in it’s 4th season by offering both pros and amateurs a chance at the $45,000+ available in cash. There are also several innovative programs this year within the ESC including:

“e*thirteen started on the East Coast and we are pumped to be returning to our roots and supporting the growing Eastern States Cup Enduro and DH Race Series.” Said Todd Bishop at The Hive. He added, “E*thirteen is stoked to provide the $1000 e*thirteen Junior Cup Championship. We realize that Junior racers today will be Pros tomorrow and want to help them realize their full potential and achieve their best results.”

Loeka owner Rory Harmse says: “We love the innovation, dedication and passion the ESC puts into the series encouraging more women to race and ride. We look forward to another successful year with the ESC in offering the “$1000 Loeka Queen of the Cup.”

The Eastern States Cup provides high-level big mountain racing, multiple USAC Championships at great venues in a close geographical area. The ESC strives to provide fun, safe, affordable and professional events. The series format reduces travel, offers great prizes and cash to racers in a comprehensive package. The series will continue to produce the popular POC Video of the Week via Fast Line Racing in 2013. Oliver Racing also returns with its famous Bureau’s Sugarhouse and Maple Kettle Korn 4th place prizing to every class at all POC ESC events.

To learn more about the Eastern States Cup visit our website. Feel free to reach out to the ESC via email, facebook, or twitter. We love hearing from racers and are excited to see you all at the races this year.