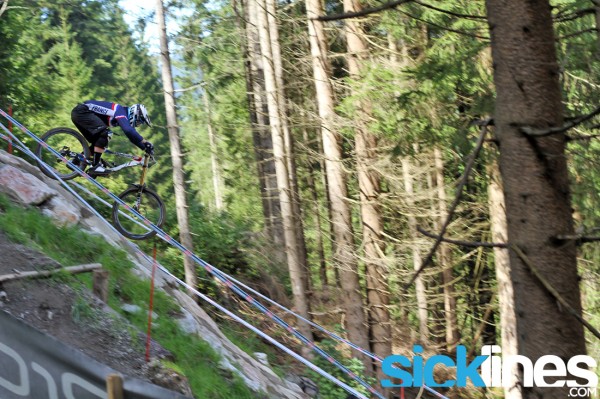 Loic Bruni is someone you want to take note of to watch this year. As he makes his way into the Elite men category, don’t think for a second that he won’t by vying for a podium spot.

During the 2012 Season, Loic Bruni demonstrated composure and skills that many Elite racers still have yet to grasp. He was able to not only secure the Junior World Championship title in Leogang, Austria but made it on the Elite Men’s podium during the 2012 Windham World Cup race.

100% has signed Loic up run their 100% goggles for 2013 and they fired over this video edit that showcases some of his impressive skills on a bike. We’re excited to see what Loic can do in 2013.