This past weekend, the 2012 World Championships took place in Leogang, Austria. More details will be updated later as well as additional pictures.

In the Junior Men’s category, Loic Bruni won with Richie Rude Jr in second and Connor Fearon in third. Conditions for the Junior men was a little bit wet as Leogang received quite a bit of rain on Friday. 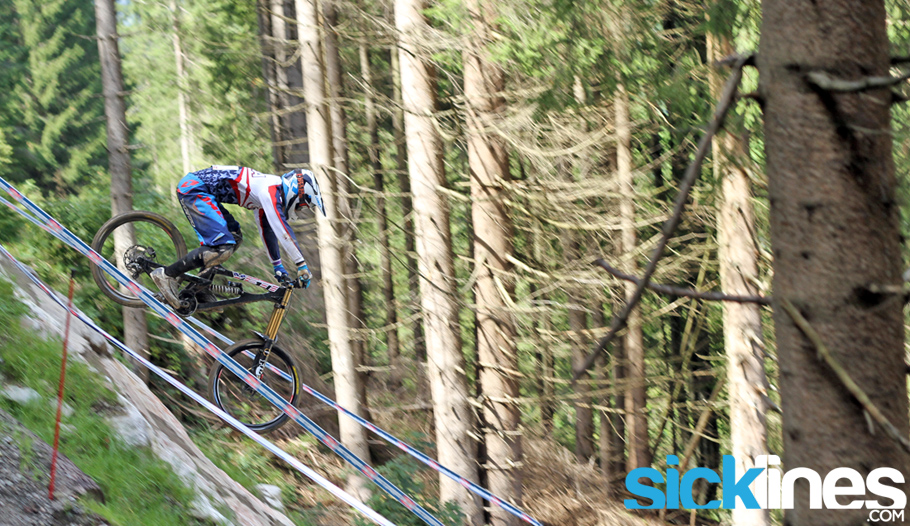 Loic Bruni has been on a tear this year and his victory in the Junior Men category was expected by most people but he handled the pressure well on race day and took the win. 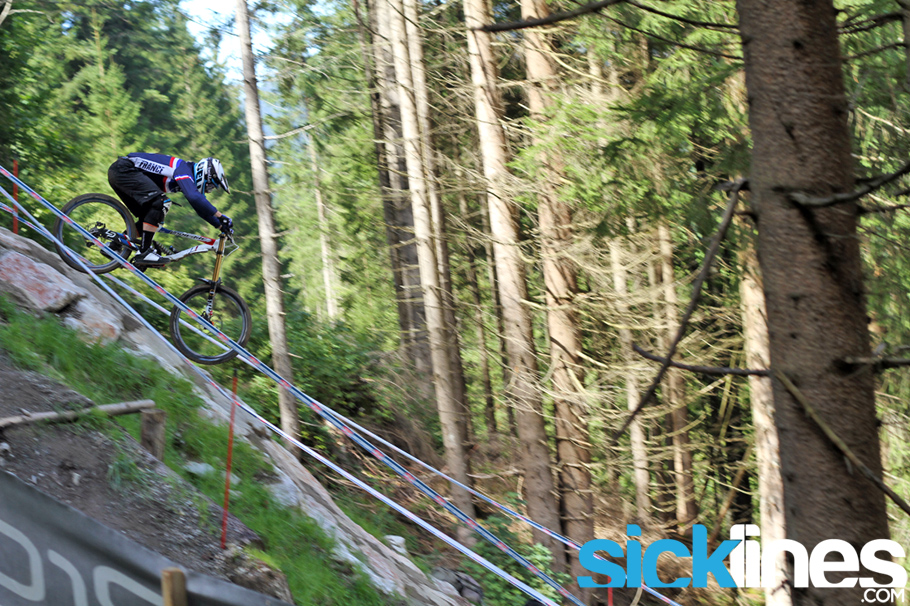 Connor Fearon is a talented rider and his run on Sunday got him 3rd place in the Jr Men Category. 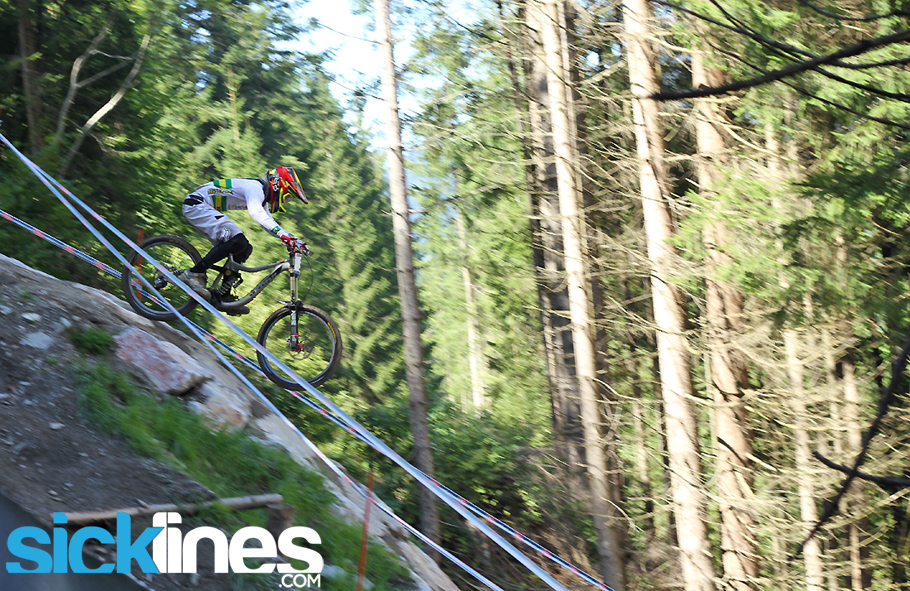 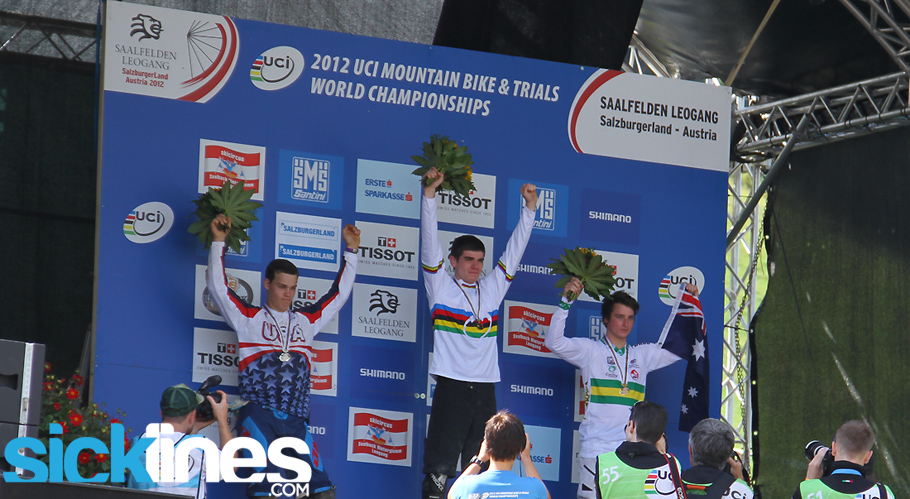 Many spectators expected Rachel Atherton or Emmeline Ragot to win however it was Morgane Charre of France who took the win in the Women’s Elite category. Emmeline would go on to take second place and Manon Carpenter in third.

In the Elite Men’s category, there were many riders who had a very good shot at taking the win. Andrew Neethling was one of the first riders down in the top 20 who looked poised to take the lead but a mishap on the wall ride almost sent him into the ground. 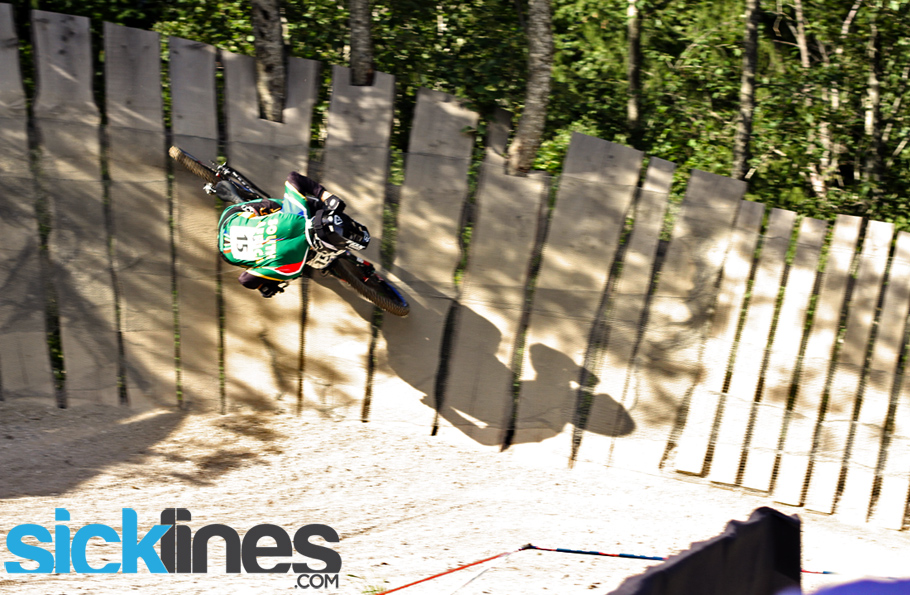 His 18th place is impressive considering the way he got thrown off the wall and onto his top tube. 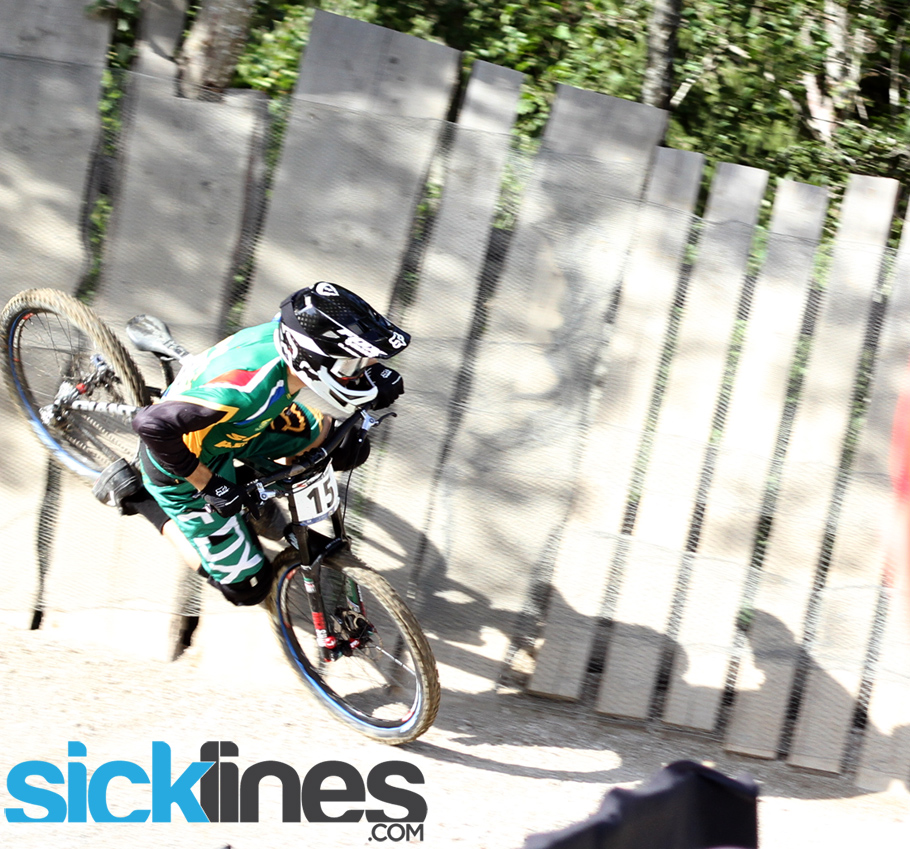 Needles rides the top tube after a near catastrophic crash

Steve Peat has been racing World Champs for 20 years and he was certainly a crowd favorite all weekend. 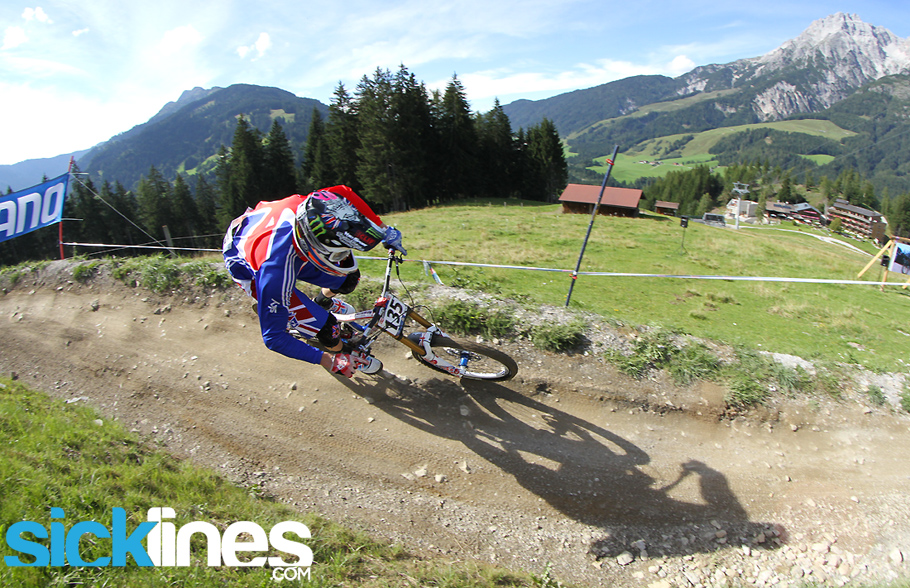 Mitch Ropelato has always been a fast rider but has come to form this year quite a bit. His ending result doesn’t show how quick he could have gone but that is the story of many riders this year. 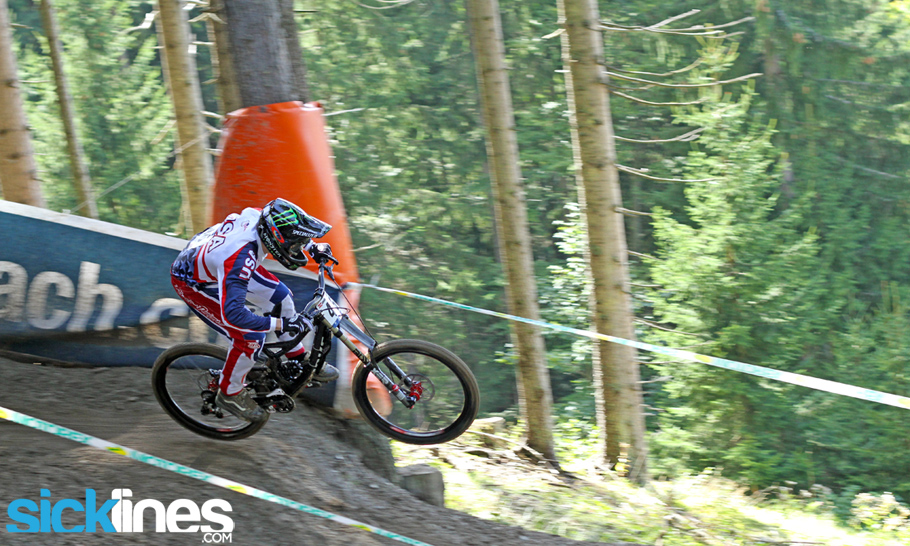 Many Riders like Josh Bryceland and Troy Brosnan ended up crashing. Aaron Gwin had some brake issues as well as a crash and his chances of winning Worlds this year were dashed as a result.

Mick Hannah put together an impressive run in the finals to take 4th place. 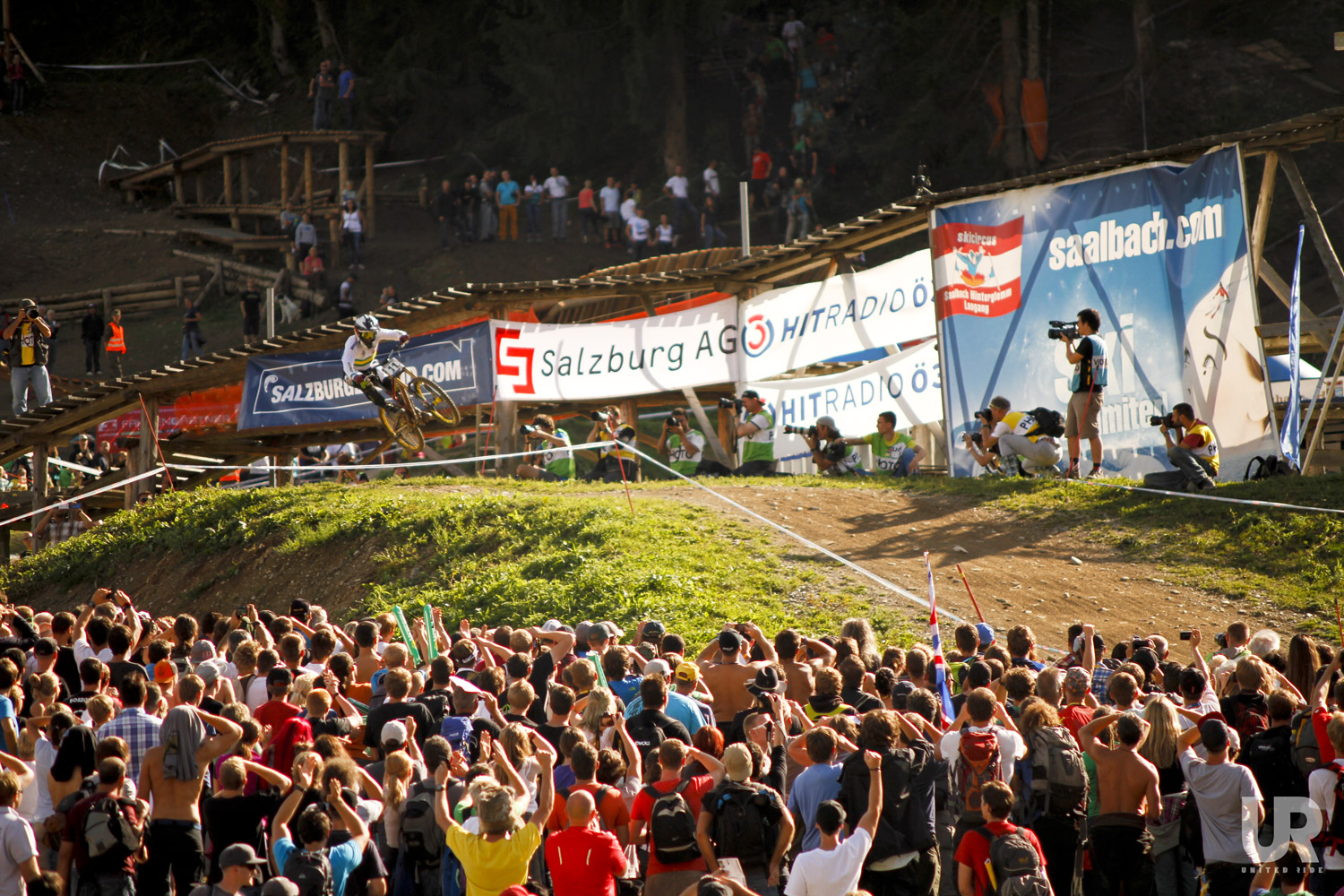 Steve Smith (3rd) was on quite a run and the Devinci Global racer put down an impressive run that held for quite a long time until Gee Atherton came down. 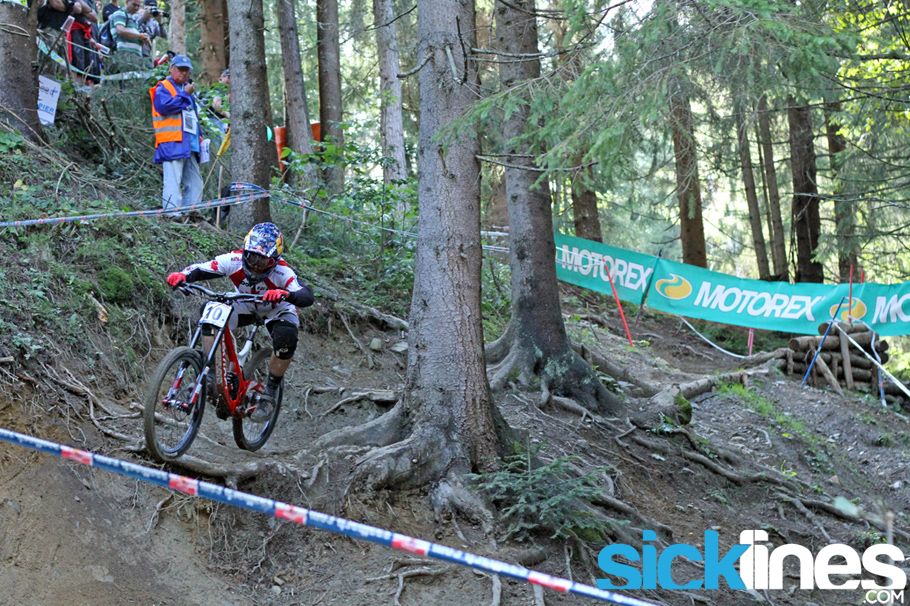 When the dust settled at the end of the day, it was Greg Minnaar who took the win. His last Worlds win was back in 2003 and this victory was well deserved.

More pictures coming soon from Worlds as well so be sure to check back in.