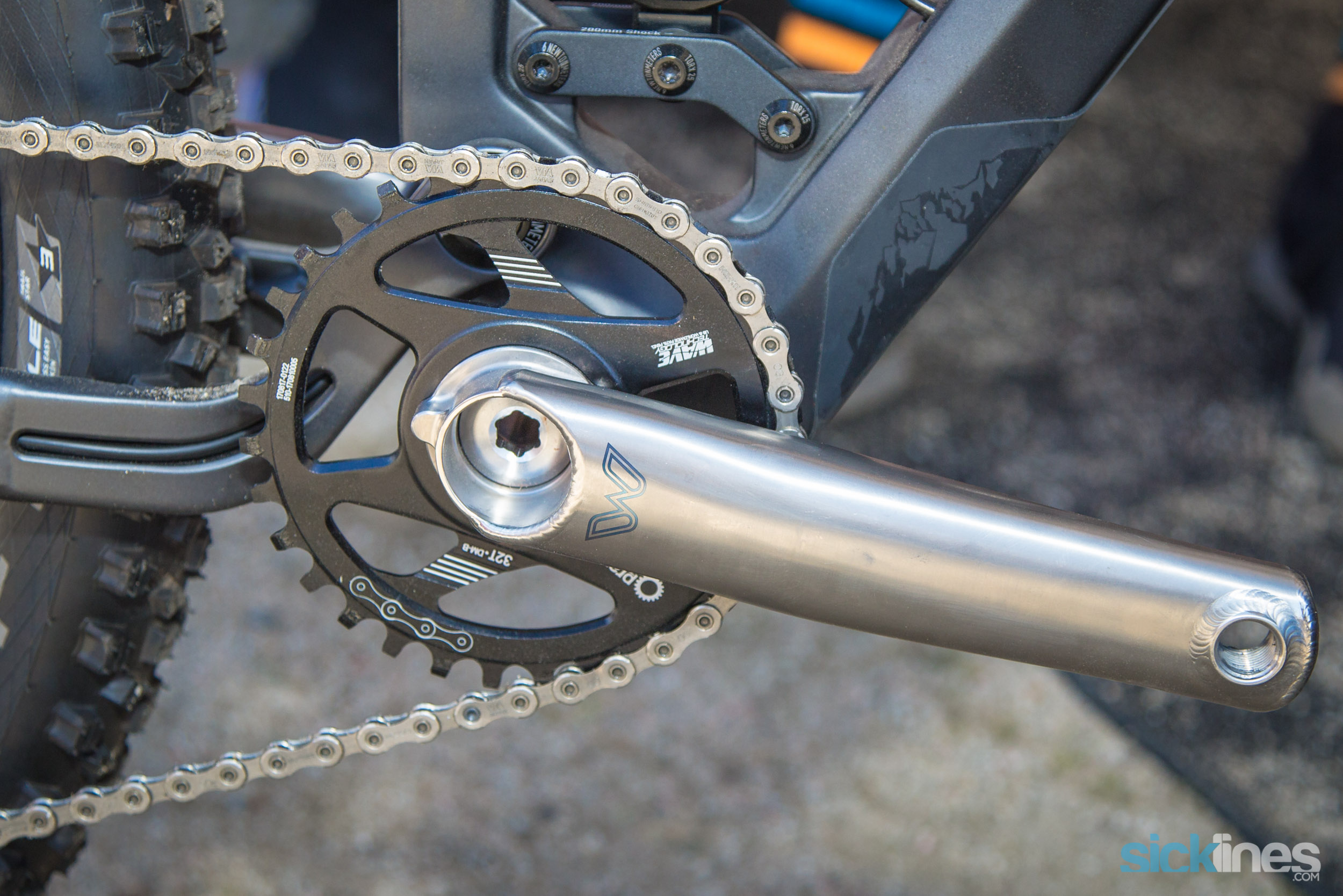 Inside we take a look at products from Abbey Bike Tools, Cane Creek, and Foes.

Cane Creek released the details of their new eeWings titanium cranks that are selling like hotcakes. We snapped a few detailed pictures of them and they are gorgeous.  They’re an evolution of the Sweetwings cranks.

They’re so confident in their cranks that they’re offering a 10-year warranty on them.  Currently 170mm and 175mm are offered and they use X-SYNC direct mount chainrings. At $999 they’re not cheap though. Weighing in at a scant 399g.

If you’re interested in their metal adjusting preloader and titanium bolt for your cranks they are offering that for $29.  It will fit SRAM and Race Face cranks.

Detailed shots can be seen below of the eeWings.  They experimented with different tooth profiles starting with 24 on the crank mating interface. They tested a variety of options to come up with a winner.

Cane Creek also just launched their 29er Helm Fork. It features the same internal layout as their 27.5 Helm but with longer pieces.

Abbey Bike Tools continues to push tool development and they had a few new ones on display at Sea Otter.

They have bottom bracket cups to fit just about every model out there and the socket interface ensures you can get proper torque on your cups. OSB CK, OSB “13”, OSB “HP, OSB TorqueTite “TT”, OSB PRX, and OSB HP to name a few pictured here. The edges are chamfered nicely to allow you to spin the tool nicely to start spinning the cups into your frame.

In addition to that the OBS TT cup, CK, and Colando cups also has a thread to allow you to secure the cup onto the bottom bracket with the addition of a threaded slot internally.

Their 4 way adjustable wrenches are meant to be held like a pencil and can be customized when ordered for the bits you need.

Abbey’s Modular Bearing Press has a variety of uses around the bike as it can press in a wide variety of bearings including a headset with the right setup.

The caps are chamfered as well for hand usage and have bearings to ensure smooth operation.

The endcap features a magnetic split cap that makes installing and removing the tool a breeze.

For smaller duties there is also a smaller bearing press.

Abbey also has a Hanger Alignment Gauge (HAG) and a team edition that utilizes titanium.

Foes prides themselves with their Made in the USA products and they usually have interesting ones on display.   Last year they had a classic Kamikaze bike on display.

This year they had their new Ridgeback 29 trail bike on display. Made in the USA.