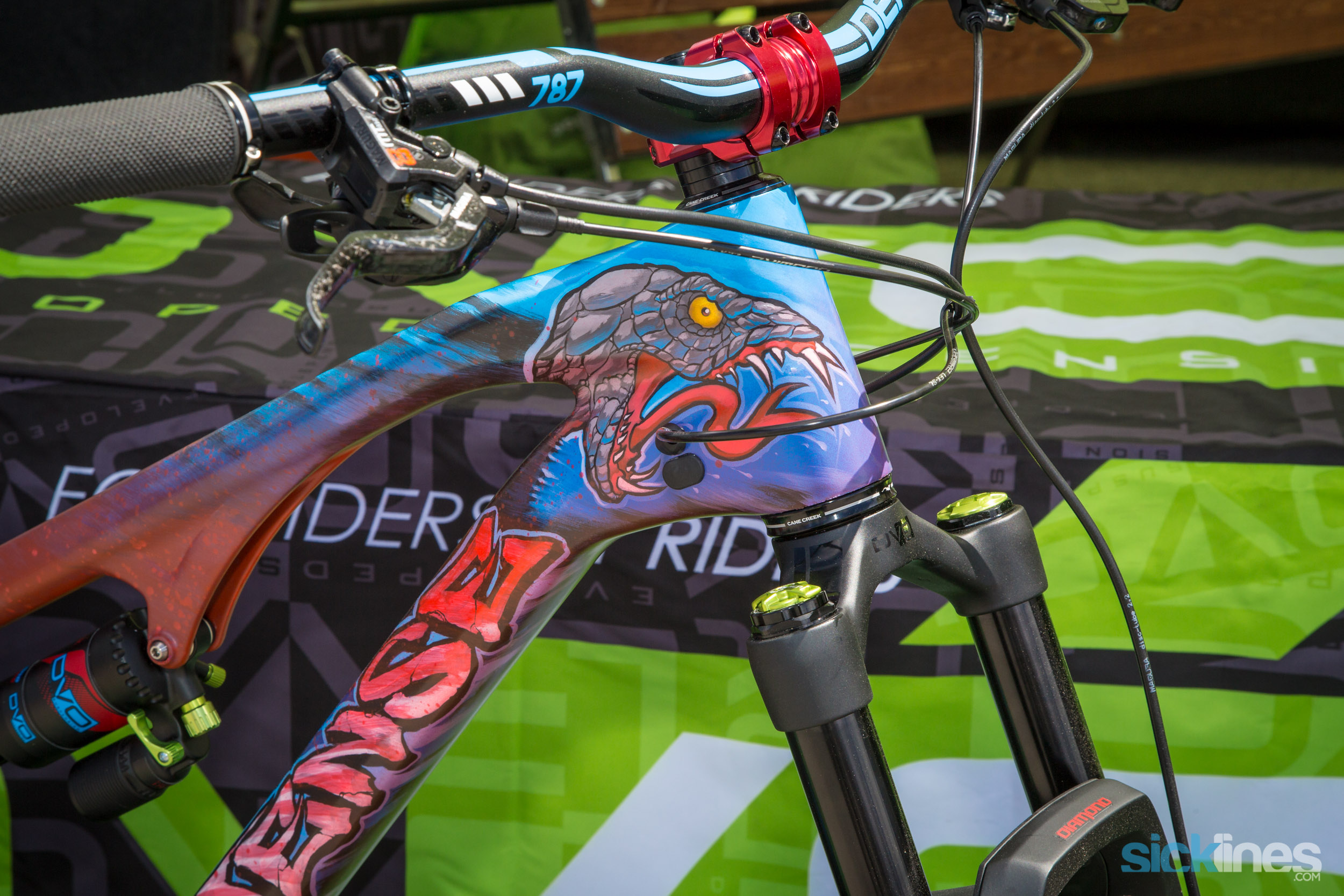 Inside our Sea Otter Classic coverage continues with a quick stop at Devinci, Giant, DVO, and Ellsworth.

The Unior Devinci Wilson 29 team bike is on display if you haven’t been lucky enough to see it. We’ve posted detailed pictures of Dakotah’s bike as well that you should check out if you missed it.

Their enduro rider Keegan Wright is doing well this year and is at Sea Otter this year. The new colorway is also on display at the Devinci booth.

Unior Tools has a display as well in front of the booth if you haven’t seen them in person. 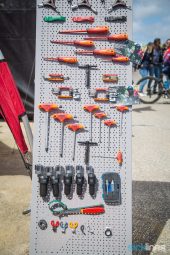 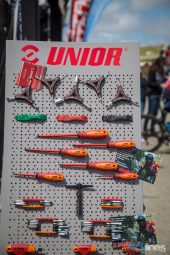 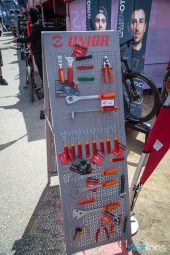 For off-road riders and racers seeking comfort and confidence on trail and enduro terrain, the new Rail SX MIPS builds on the success of the award-winning Rail helmet.The new model features an updated trail-specific design that was created to meet the demands of the pro enduro racers on the Giant Factory Off-Road Team. It has a refined shape with extended side, front and rear coverage to give riders more protection and confidence on aggressive trails.

For the most up-to- date protection, the Rail SX MIPS also features an integrated MIPS system. The shell and liner are separated by a low-friction layer that allows the helmet to slide relative to the head when rotational impacts occur. It has a more seamless design that allows the MIPS system to provide additional impact protection without compromising other benefits including ventilation, comfort and fit. MIPS is a patented brain protection system designed to reduce the rotational motion from angled impacts that can cause strain to the brain. Developed by some of the world’s leading researchers in biomechanics and neuroscience at the Royal Institute of Technology and the Karolinska Institute in Sweden, MIPS mimics the brain’s own protection system inside the skull by adding a low-friction layer between the head and the helmet.

Their footwear is also on display including the Giant Shuttle MES Shoe and the Giant Line MES shoe.

DVO has a sweet graffiti’d custom bike on display that’s worth a look at if you’re at Sea Otter.

The Factory Giant Team had their bikes on display which also feature DVO Suspension. 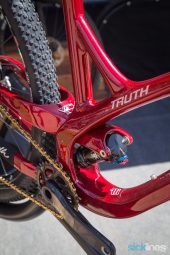