Five Ten have been at the sticky shoe game for quite some time. Newcomers to the cycling space like Teva are making their mark with their Pivot and more but 5.10 has a few things in store for 2014 that is sure to draw a lot of attention from cycling enthusiasts.

First up on the plate are two new Impact shoes. One is clipless and the other is for flat pedal riders.

Impact VXI Clipless
Greg Minnaar has done quite well on the World Cup Circuit this year and he took the win in his home country of South Africa at this years’ World Championship onboard his Santa Cruz V10. He gets a signature clipless shoe in the VXi range for 2014.

Some of the hurdles with previous 5.10 shoes have been overcome with this newly designed Impact range. They’ve addressed things like material, mud shedding, weight reduction (30% lighter than Hellcat Minnaar), toe protection, hydrophobic material (allow for fast drying), and much more with this new design.

They’re using their Mi6 stealth rubber as well on this new Impact that they say gives even better grip and compliance. The clipless interface has been reworked a little bit as well to give riders more fitting options.

The strap across the top keeps your laces under wraps as well as providing some additional support when hammering on the pedals.

The toe area as you can see has been reworked as well for improved fitment and more toe protection. The smoother hydrophobic surfaces allow for these shoes to repel water much easier and dry quicker. MSRP will set you back $180.

The Impact VXi Clipless shoes will also be available in the Minnaar version above, a grey/red/black, and a black/red option that you can see below. You can see additional shots of the VXi Clipless in the gallery.

Sam Hill is well known to be a lover of the flat pedal so it’s only fitting that he gets another signature shoe this time around again. The Impact VXi flat pedal shares similar cueues with the VXi clipless as it also uses hydrophobic materials, Mi6 rubber, lightened design, and more. The 5.10 shoes are well known for their sticky rubber soles and the Mi6 is their latest and greatest. If you’ve never tried out any of their sticky rubber shoes, you’re point blank missing out if you’re after a grippy shoe. MSRP is $150 for the flat pedal version.

Additional lineup upgrades include a new freerider shoe in kids sizing as well as other tweaks and additions in their lineup. Yakima is well known for creating quality racks for all sorts of outdoor activites including biking. They revamped their HoldUp hitch rack this year that takes into consideration a lot of everything we’ve ever wanted out of an update. We’ve convered the updated HoldUp in this post here as well if you want to learn more. Ryders eyewear had a neat booth with an eye catching time-machine to draw people in. FOX Head had a variety of clothing options on display to suit riders of all genre’s for 2014. The FOX Rampage Pro Carbon helmet revisions debuted earlier this year and it’s a stunning helmet that’s sure to draw attention as well as having some nice protective elements and comfort to keep you safe. It is CPSC 1203, ASTM F1952, AS/NZS 2063:2008, EN 1078:1997 approved.

You can see additional shots in our interbike gallery 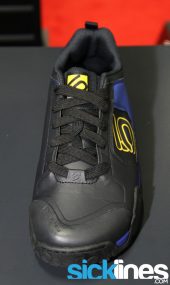 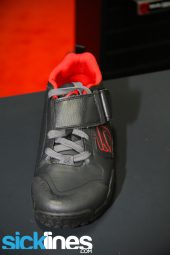 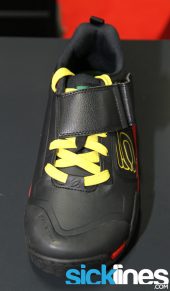 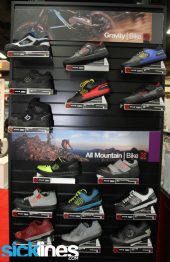 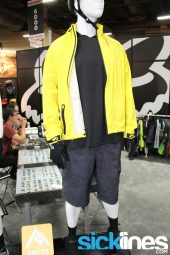 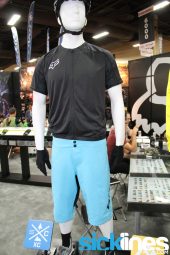 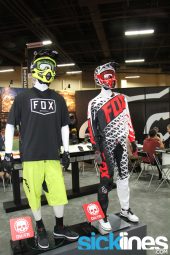 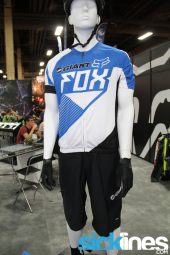 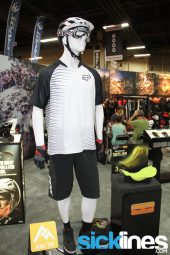