The Sea Otter Classic was a Pro GRT stop this year and riders from all over the world were in attendance. By the conclsuion of the race, it was Aaron Gwin and Jill Kintner who won their respective classes.

The downhill course isn’t your typical downhill and many riders often opt to race with a shorter travel bike. This year, riders also experimented with various wheel sizes in an attempt to get a better result.

Cedric Gracia battled injury last year and is back on the bike again this year. It’s impressive to see him back up to speed again so quickly. 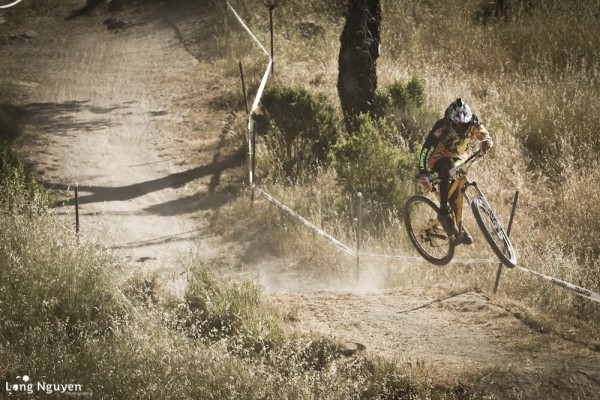 Sam Hill is on Nukeproof this year and he raced on the Sea Otter downhill on his Rook. The really interesting thing is Sam raced on clipless pedals. Sounds like he’s getting ready for World Champs in South Africa this year. 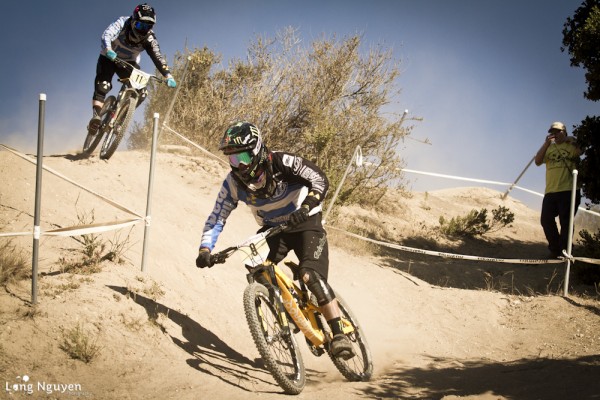 Rachel Atherton had a crash during practice on the downhill course. She’ll be one to watch this year again on the world cup scene. 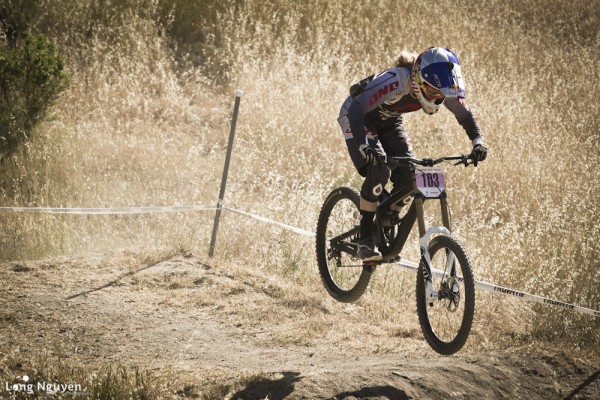 Troy Brosnan, like Cedric Gracia, was plagued with injury last year. He’s getting back up to speed and is one fast aussie. 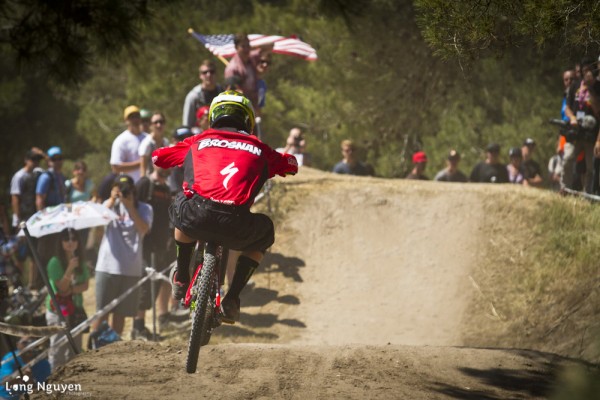 DirtTV captures the race in their latest video

Aaron Gwin knows how to ride a bike fast and he chose the new 29″ Specialized Enduro as his weapon of choice for the downhill race. He was rewarded with a victory, beating out the best of the best. Fitness is key on this course and Gwin certainly appears to be ready to rock the World Cup circuit this year again. 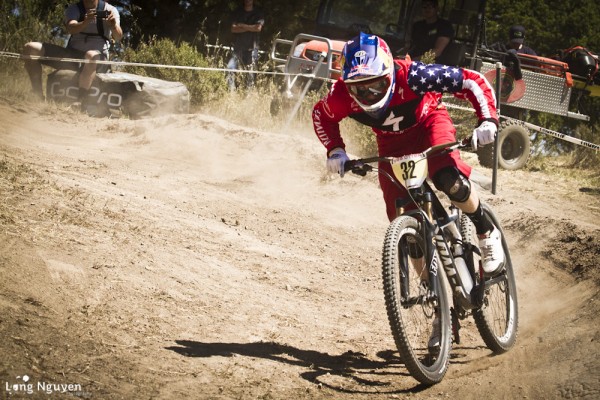 Jill Kintner followed up her Sea Otter Classic Dual Slalom win with another win in the downhill category. She raced on her carbon 27.5 Norco bike. 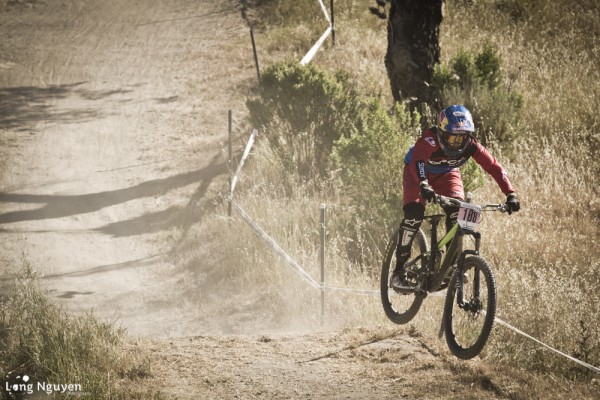 Trek World Racing (TWR) had all of their riders present at Sea Otter. 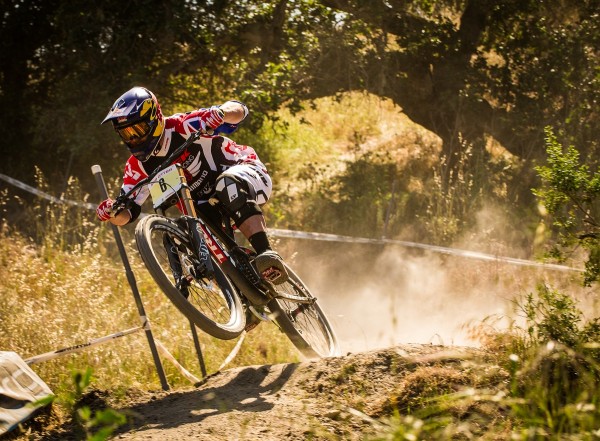 Greg Williamson who is battling a virus and found himself feeling pretty weak in his race run, was happy with his 20th place. -TWR 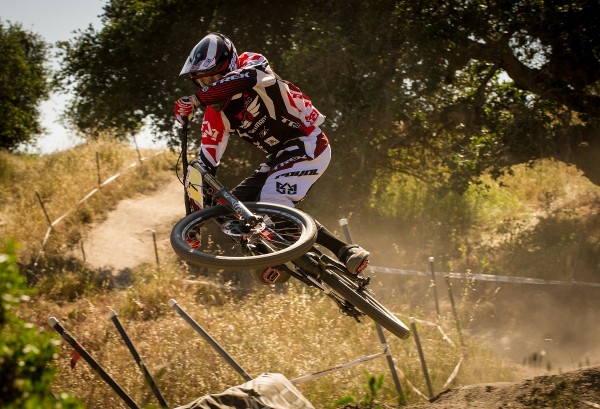 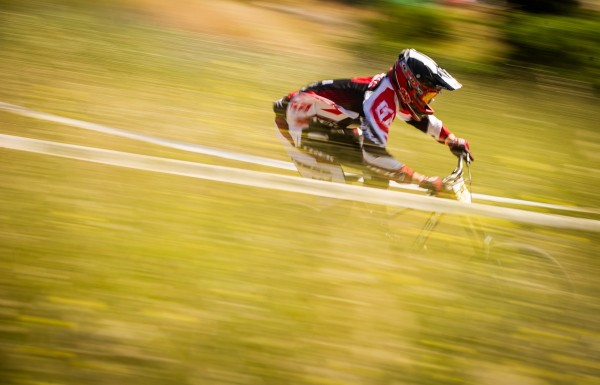 All three riders TWR riders are heading to Port Angeles for the NW Cup and some quality racing. The promoter takes great care of the Pro Athletes and puts on an awesome event with great spectators attendance. 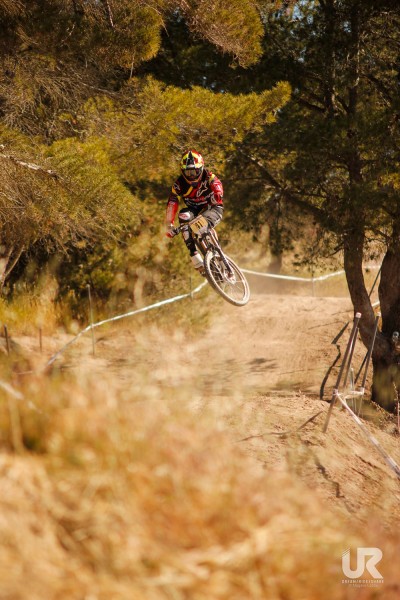 Hutchinson United Ride brought their crew over to Sea Otter and they sent over this video of their weekend. Tracy Hannah is still mending her recent injury and hopes to be ready to roll for World Cup #1. 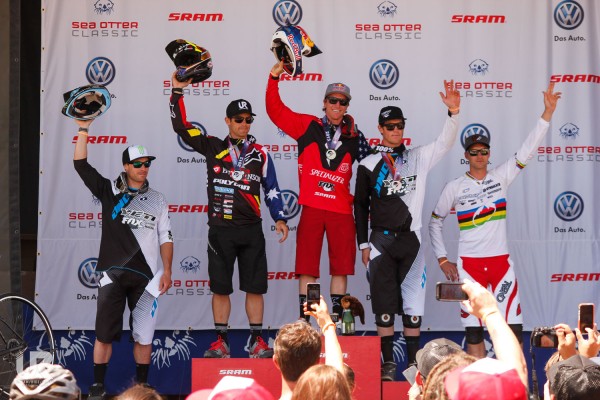 You can see more photos in the gallery.