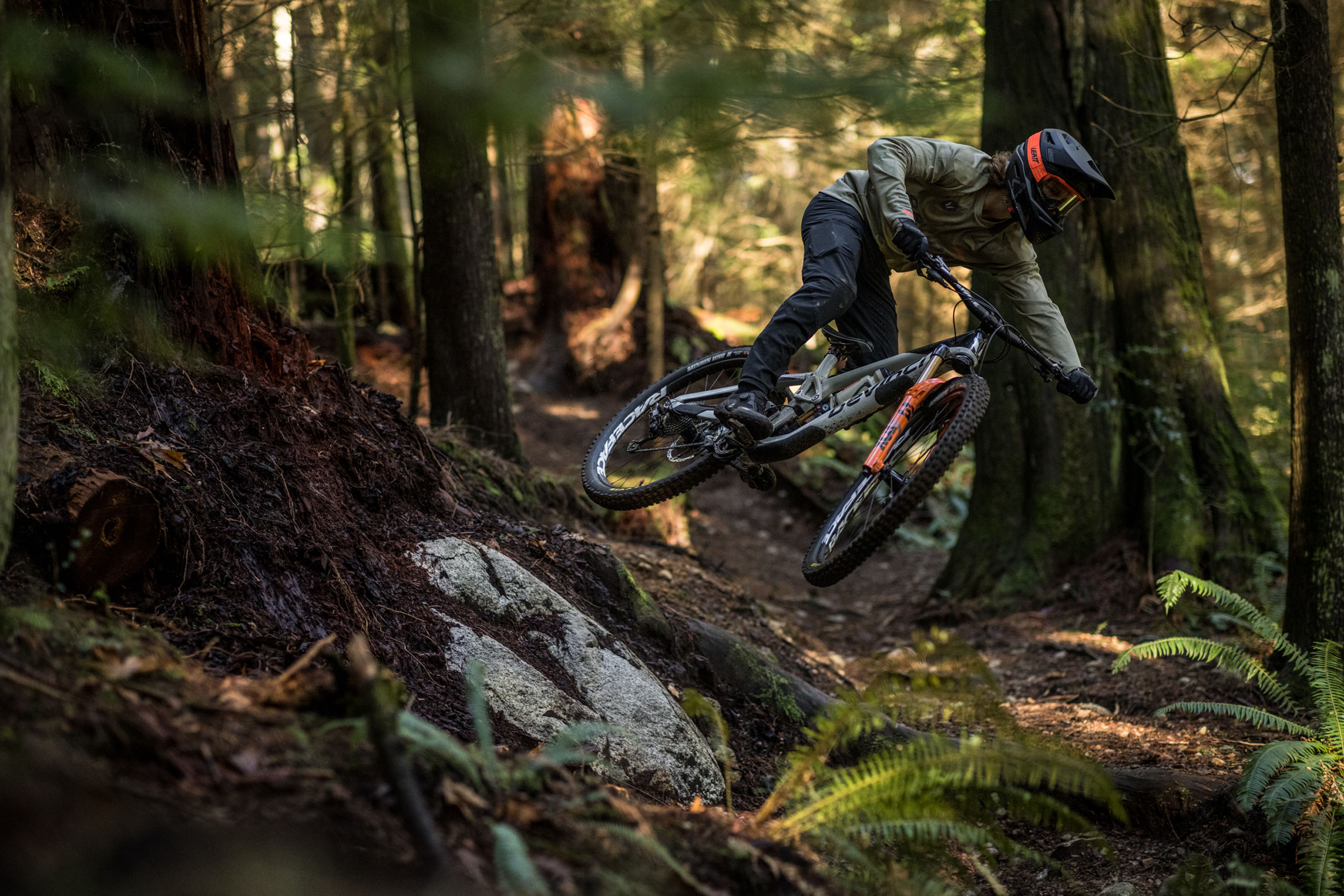 Born in Calgary, raised in the mountains on bikes, skis, sleds, chainsaws and motos, Evan Wall is a full-fledged, flannel-clad Canuck. He joins Greg Callaghan and Georgia Astle for the full EWS circuit with Devinci Global Racing for 2022.

You might recognize Evan as the winner of Pinkbike Academy, but there’s more to the burly Albertan, who now calls Squamish home, than raw speed on the bike. Like describing things in his own language with words no one understands or don’t exist, known as “Evanisms” to his friends.

He even has a lexicon for how to explain trail sections in sound effects:

On the bike, Evan loves physical, hard hitting DH style tracks. Boondocker, Martha Creek, 19th Hole and Dirty Jane are some of his favourite trails in BC. If you’ve ridden those trails, you’ll get a sense for Evan’s riding. If you haven’t, let’s say the underlying theme is fast, rough and generally intense; well suited to the Spartan HP he’ll be riding this year.

Devinci is stoked to have Evan onboard for years of fast times and racing. Can’t wait to hear what “Evanisms” are down the road.