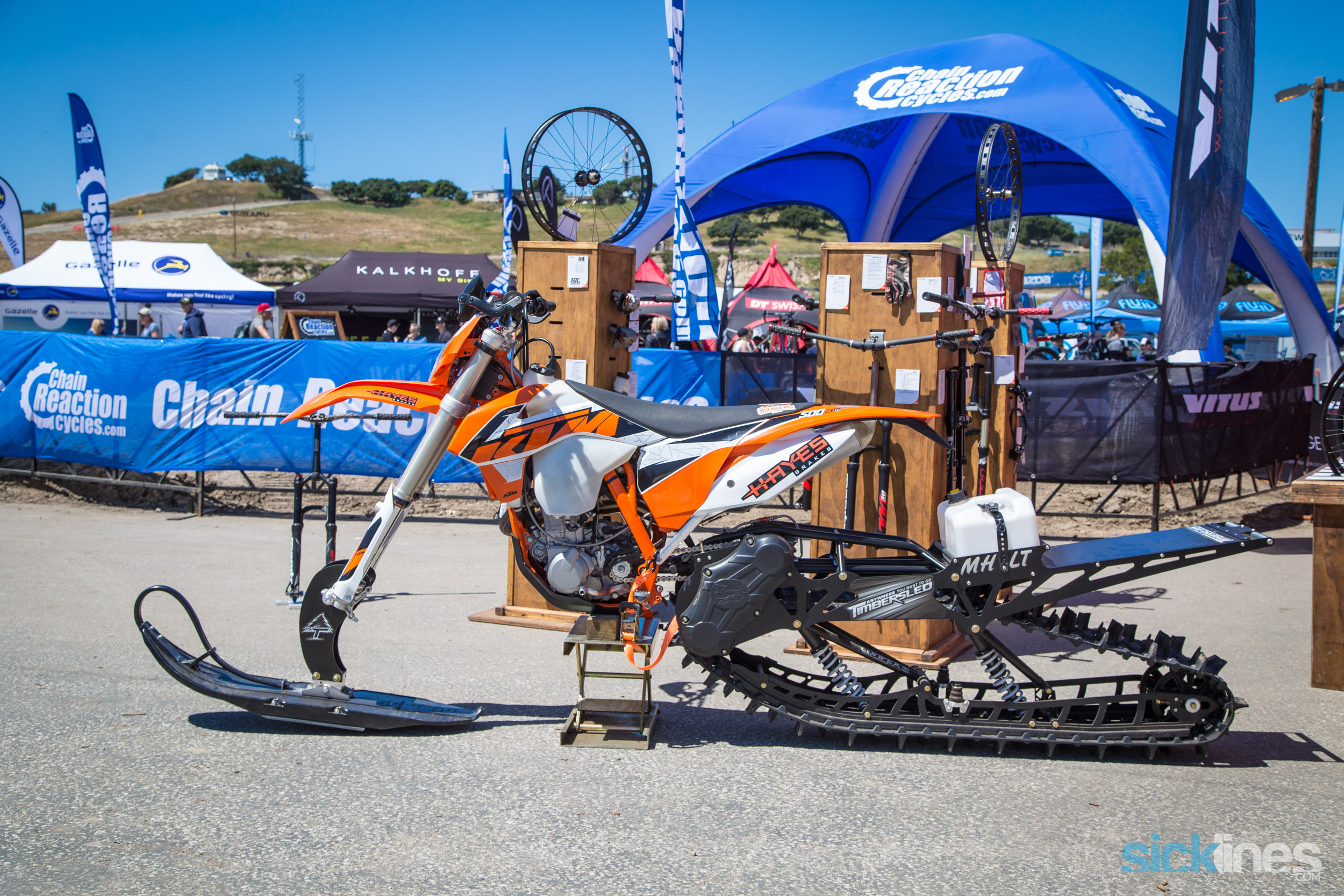 Sea Otter begins today, April 19th so stay tuned for coverage! See what you missed last year and more inside.

Sea Otter begins today and there are a lot of new product offerings for 2018 that we’ll be covering.

This year Danny MacAskill’s Drop and Roll will be doing demos and autographs!

Danny MacAskill and the Drop and Roll Team will make its first ever visit to the Sea Otter Classic where they will put on six shows over three days on April 20, 21 and 22. If you’re attending, be sure to stop by the Lezyne booth (#534) Friday at 12:30 p.m. to meet the team for autographs!

Check the Sea Otter calendar for details on more events.

Interested in riding with Jeff Lenosky? Swing by the Tasco tent or check the schedule to see where he will be.

Sea Otter is well known as the unofficial Slalom World Championships given the impressive track and riders that show up. Watch racers battle it out Saturday evening. Last year Mitch Ropelato and Jill Kintner were victorious.

Hayes Components has brought out a sweet KTM timbersled in the past. These are well known for how fun these are in snow.  Just ask Ronnie Renner.

There’s lots to see and do at Sea Otter. Last year Gnar Bike Art had a lot on display.

If you like older classy trucks there usually are plenty to look at. Shinola, Breezer, and others often bring these out!