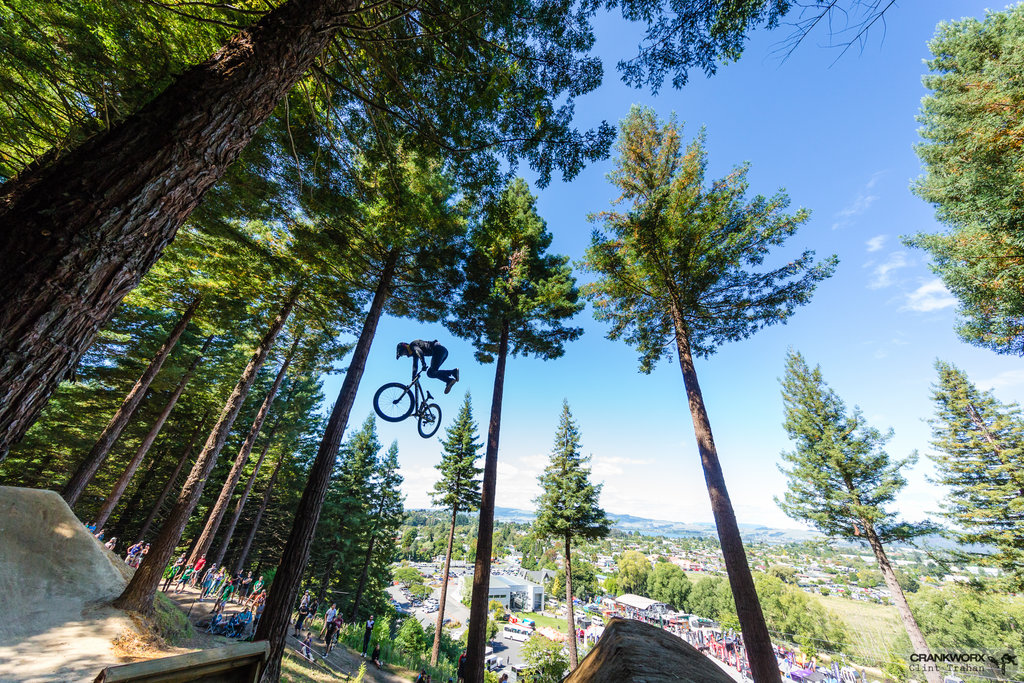 Brandon Semenuk during the Crankworx Slopestyle in memory of McGazza on March 12, 2016 in Rotorua, New Zealand. (Photo by Clint Trahan/Crankworx)

Crankworx has announced their first tour dates in 2017. They’ve got 4 locations for 2017 so stay tuned for more locations as they’re announced and the details inside for Rotorua.

Two weeks later than the dates for 2016, and a full nine days in length, the festival is expected to transform the first few weeks of fall in Rotorua to make mountain biking the focal point of the season.

“Having nine days of Crankworx Rotorua in 2017 is massive. We will still have five days of ticketed operations on site at Skyline, but the extra four days of activities allows us to spread the festival across town over a longer duration. This gives our community more opportunities to rub shoulders and ride alongside the world’s best. It’s going to be a blast,” says Tak Mutu, event organizer.

Multi-day pass ticket sales have just opened and this year’s family pass is just $180, at the early bird rates. Kids 5-14 years old are $40, and an adult can experience all nine days of the festival for just $60.

“It’s really important to keep this as affordable as possible for our fans. The Rotorua mountain bike community is so committed and so strong. It’s the ideal place for us to watch the sport grow with so many children coming out to Kidsworx and whole families gathering to watch the events,” says Darren Kinnaird, Crankworx General Manager.

Purchasing Early Bird tickets saves fans $20 per pass for both the kids and adults’, and $70 for a family—a family being two adults and three children. The window for the early bird tickets will remain open until October 31, 2016 when ticket prices will rise to $80 for an adult multi-day pass, $60 for a kids’ and $250 for a family.

One lucky woman will manage the ticket for free—along with free flights, accommodation and spending money. Amanda Chingman, from Royal Oak, Michigan, has won the Crankworx Whistler Fantasy contest and will be flying from the United States to New Zealand to take in Crankworx Rotorua.

“It’s amazing. I never thought I would get to go to New Zealand. My boyfriend rides a lot and so he got me into it a bit,” said Chingman, who enlisted his help to craft her team.

The festival will begin with the GIANT Toa Enduro and include two downhill races, the Crankworx Rotorua Deep Summer Photo Challenge, and all of the Crankworx Series Events.

Date announcements for Whistler, Les Gets and Innsbruck will be out within the next two weeks.