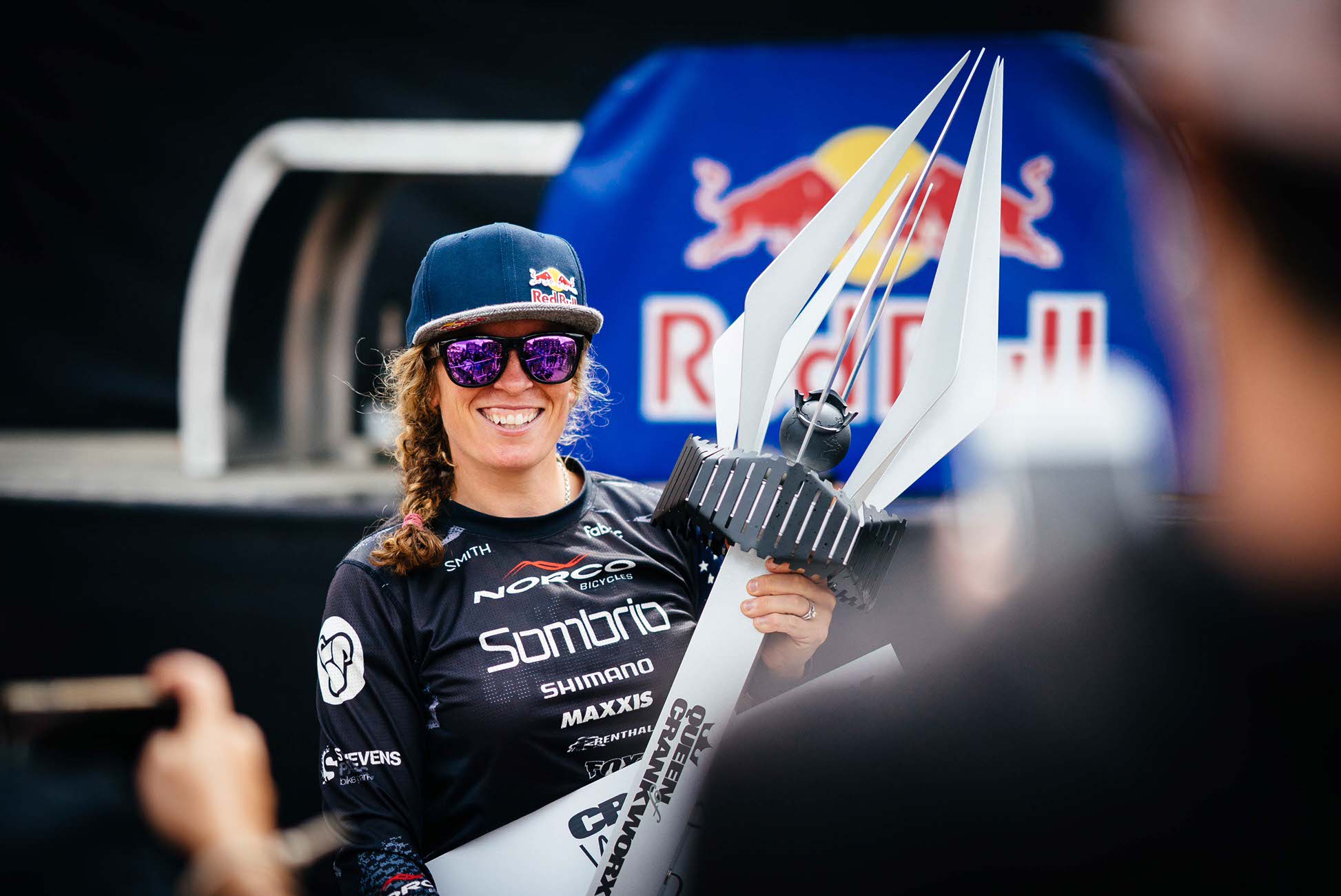 Norco is proud of their Queen, Jill Kintner.  Learn more about her recent Queen of Crankworx achievement inside from Norco.

With countless wins in downhill, pump track, dual slalom, BMX, and 4X throughout the past decade, Jill Kintner has proven herself to be one of the most dominant, versatile and accomplished gravity riders in the world. Her overall Queen of Crankworx World Tour win comes to no surprise for those who know her. When she sets her mind on something, she will achieve it.

Kintner came to Crankworx Whistler as the leader in the race to be named Queen of Crankworx, and followed up her performances in Rotorua and Les Gets with a Whistler trifecta – wins in the Air DH, Pump Track and Dual Slalom. After coming third overall last year in the fight for the Queen of Crankworx after bad luck and injuries, it was great to see her secure the title. With 1380 points to her nearest competitor’s 890, it was clear she wasn’t leaving anything to chance.

In addition to a fantastic Queen of Crankworx World Tour sceptre, Kintner won $25,000 for her consistent winning ways throughout the season. 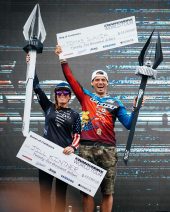 With this win, Kintner proved once again what a well-rounded, and multidisciplinary athlete she is. It is no small feat to stay fit, focused and uninjured from the start of the season in March in Rotorua, all the way through until the end of August. Kintner’s Aurum, Range, Optic and Rampage were her trusty steeds for all three stops on the World Tour.