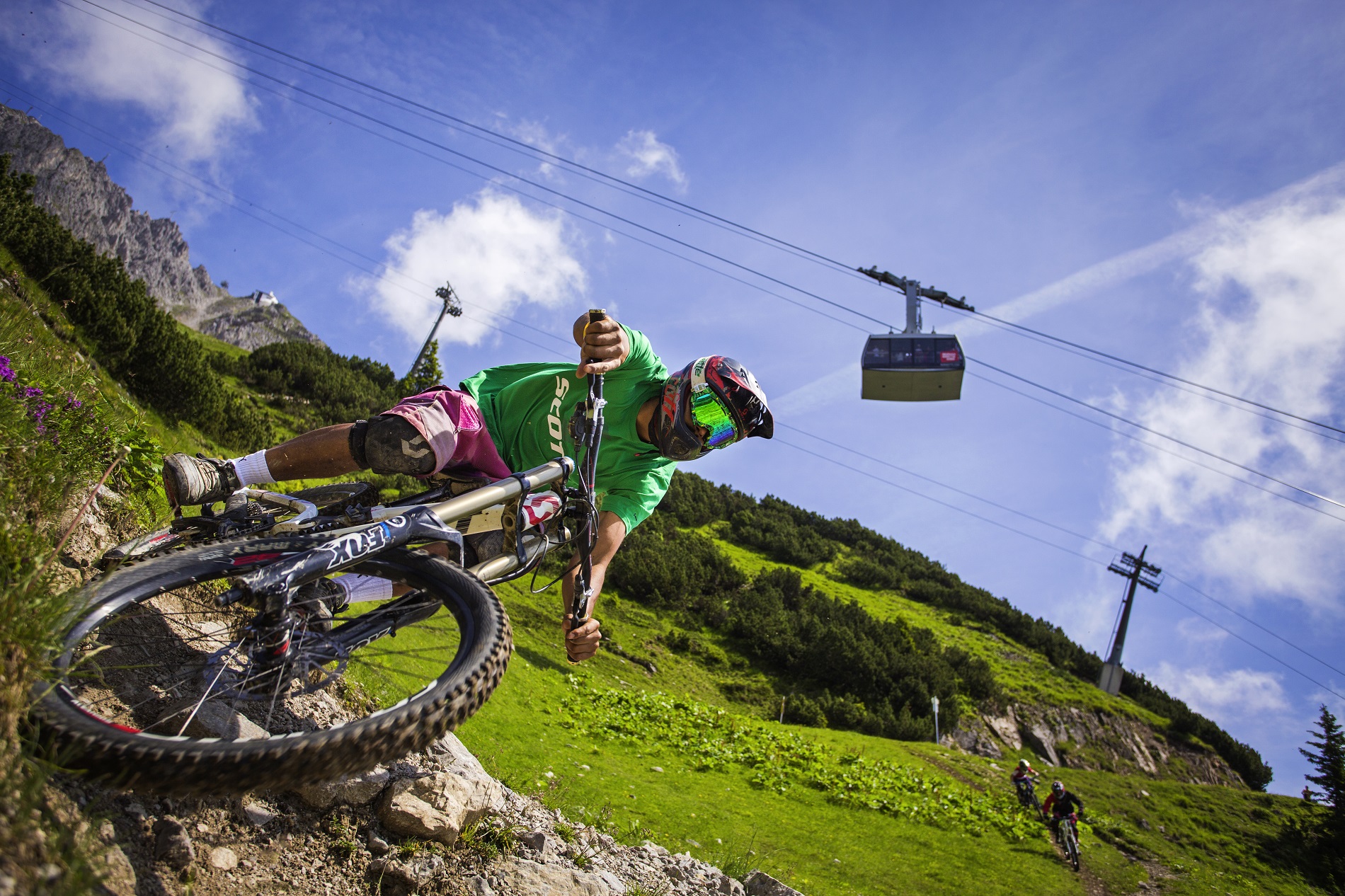 Crankworx has announced a new Austria stop in their 2017 schedule. Details inside from Crankworx.

For Immediate Release
WHISTLER, CANADA, August 21, 2016—The Crankworx World Tour, born out of Whistler’s 10-day celebration of gravity-mountain biking, will grow to add another international location for summer 2017: Innsbruck, Austria.

Innsbruck is the only city in the world to have hosted three Olympic Games and have a history with the kind of competition Crankworx does best: defying gravity. Having staged the famous Air and Style Contest since 1993, several Boulder World Cups, and the UCI road biking World Championships, it is the perfect place to set up the fourth Crankworx World Tour stop.

“No other summer sports event fits so perfectly to Innsbruck as Crankworx. World-class mountain biking combined with a festival for real bike fans all over the world – it will definitely inspire Innsbruck, the capital of the Alps, in the same way as the participants and spectators will get fascinated by Innsbruck’s unique alpine flair,“ says Karin Seiler-Lall, Innsbruck Tourism CEO.

The 2017 calendar year marks a decade and a half of Crankworx competition, and the third year of the Crankworx World Tour. Innsbruck will become the fourth stop of this tour, joining Rotorua, New Zealand, Les Gets, France and Whistler, the Canadian home base of the tour.

“We’ve had a vision for a while to share Crankworx with some of the best mountain destinations in the world. It has been the defining celebration of this sport for some time, but taking our community out to new international locations for fans to connect with and ride alongside the athletes has really taken it to a whole new level,“ says Darren Kinnaird, Crankworx World Tour General Manager.

An ancient city with plenty of European ambiance, Innsbruck’s burgeoning trail system has also received strong reviews from those who have raced or ridden in the area.

“I have been riding a few different trails there and it’s insanely good riding. I was surprised by how many trails, good mixture—some flowy, technical and some big hills around. It’s a cool scene to go to,” said Colombian downhill star Marcelo Gutiérrez, who earned his fourth Garbo DH win this week.

Innsbruck offers a unique combination of urban and alpine lifestyle, and will likely combine both elements in its Crankworx stop, potentially even working in competitions like the pump track into the inner city scene.

“As Crankworx grows, we’re learning the locations and cultures we visit like to put their own spin on the festival and it’s definitely added to how we perceive mountain biking and its fans. We’ve been influenced by our stops in Rotorua and France, and never cease to be surprised by the number of fans who make the journey to other international stops, inspired by the athletes they’ve seen compete,” says Kinnaird.

Exact dates for all of the 2017 Crankworx World Tour stops will be released in the fall of 2016.