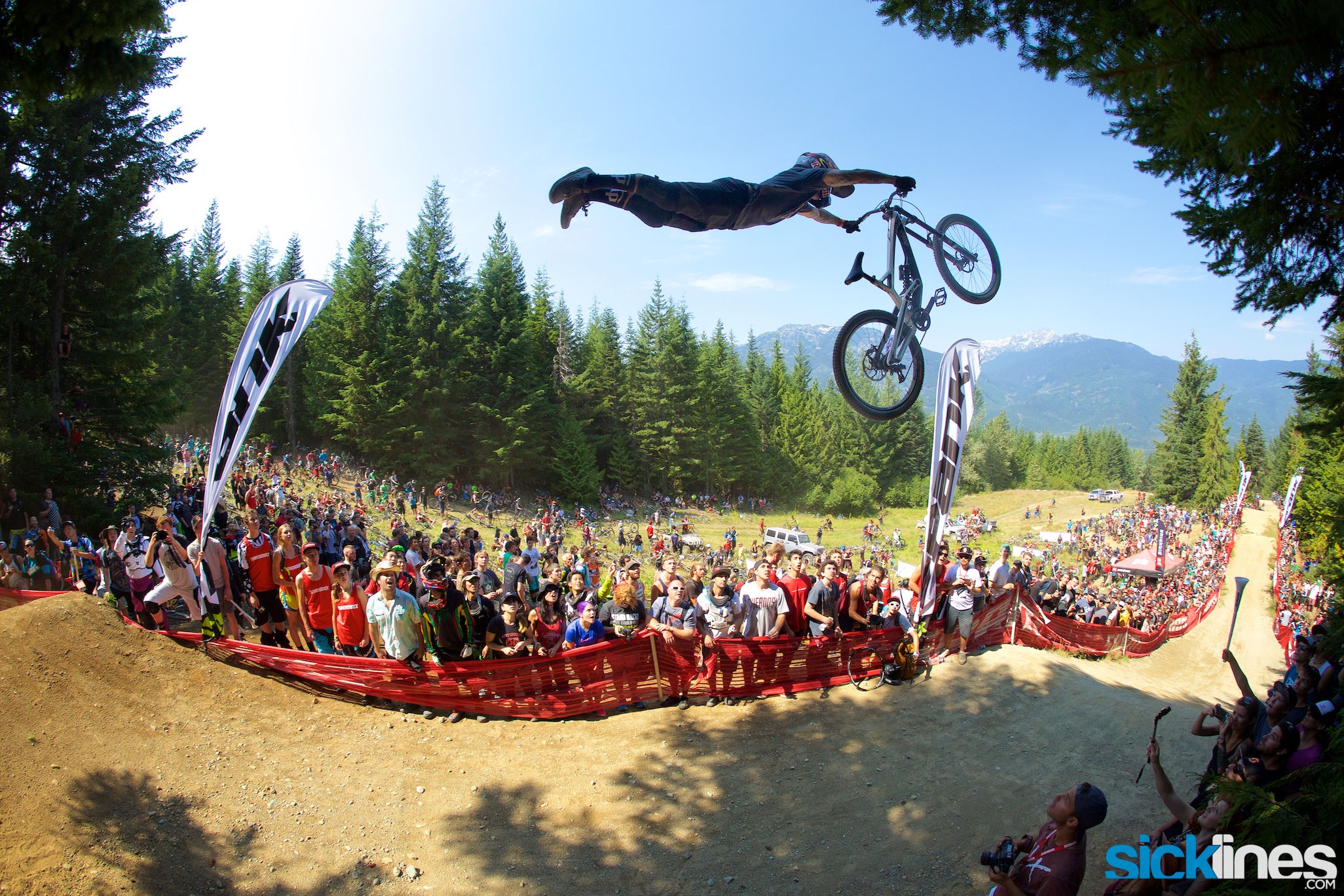 The main event at Crankworx is without a doubt slopestyle. Crankworx has beamed over some updates for you to be aware of for 2016 which moves slopestyle to Sunday. Details inside.

For the first time in the history of the event, the Slopestyle competition, Red Bull Joyride, will be officially scheduled for Sunday, making the event the riders refer to has “their Super Bowl” match the NFL’s weekend time slot.

“Call it Super Sunday, call it Slopestyle Sunday, whatever label you put on it, it’s the best way to end the World Tour,” says Darren Kinnaird, Crankworx General Manager. “Slopestyle is always the marquee event of Crankworx, and Whistler is where it all began. This places Red Bull Joyride in its rightful place and a time slot where it’s truly the high note of our season.

“We want to make sure parents can bring their kids out to watch without making it a late night, and the midday time makes it easier for fans from around the world to be able to tune in and watch. It’s win-win for everyone.”

The young groms who come out to watch and ride in Crankworx are really integral fans, as anyone who watched or participated in the inaugural Crankworx Les Gets Kidsworx events can attest. The kids packed the town square every day, becoming the festival’s life blood. Ensuring event times fall within a range the kids can easily participate in, and expanding Kidsworx overall, will be a big focus in Whistler this year as the tour’s home base looks to match and exceed the enthusiasm of the other two world tour stops.

As such, one of the two new enduros has been made a Kidsworx event: the Kidsworx Enduro. Designed for strong seven to 15-year-old riders, it will reside amongst a packed Kidsworx line up, including a downhill race, cross country race, time trials, the Village Crit, a dirt pump track race and wooden pump track coaching – not to mention a scavenger hunt.

“Kidsworx is a great way to introduce young riders to mountain biking and get those who are already heavily involved in the sport out competing in the same venue where their heroes are on course. We always have professional riders stopping in to hand out awards and sign autographs, and Cam McCaul loves to come down and call their races. So it’s a really fun vibe,”says Leila Phillipson, Kidsworx coordinator.

For spectators, a number of changes beyond Red Bull Joyride’s new time slot will give the pilgrimage to the Mecca of mountain biking new shine. Traditionally staged in Whistler Olympic Plaza, the Ultimate Pump Track Challenge presented by Rock Shox will move up to Base 2 on Blackcomb Mountain, where more fans will have a clear view of the action and a licensed beer garden will be set up.

Ultimate Experience Pass for Crankworx Whistler are on sale now, with packages starting at $109 for a prime viewing location, appies and beverages for the pump track and Red Bull Joyride; get your tickets early as they go fast.

Registration is now open for all sports events. Those hoping to compete at Crankworx can still register for the following: