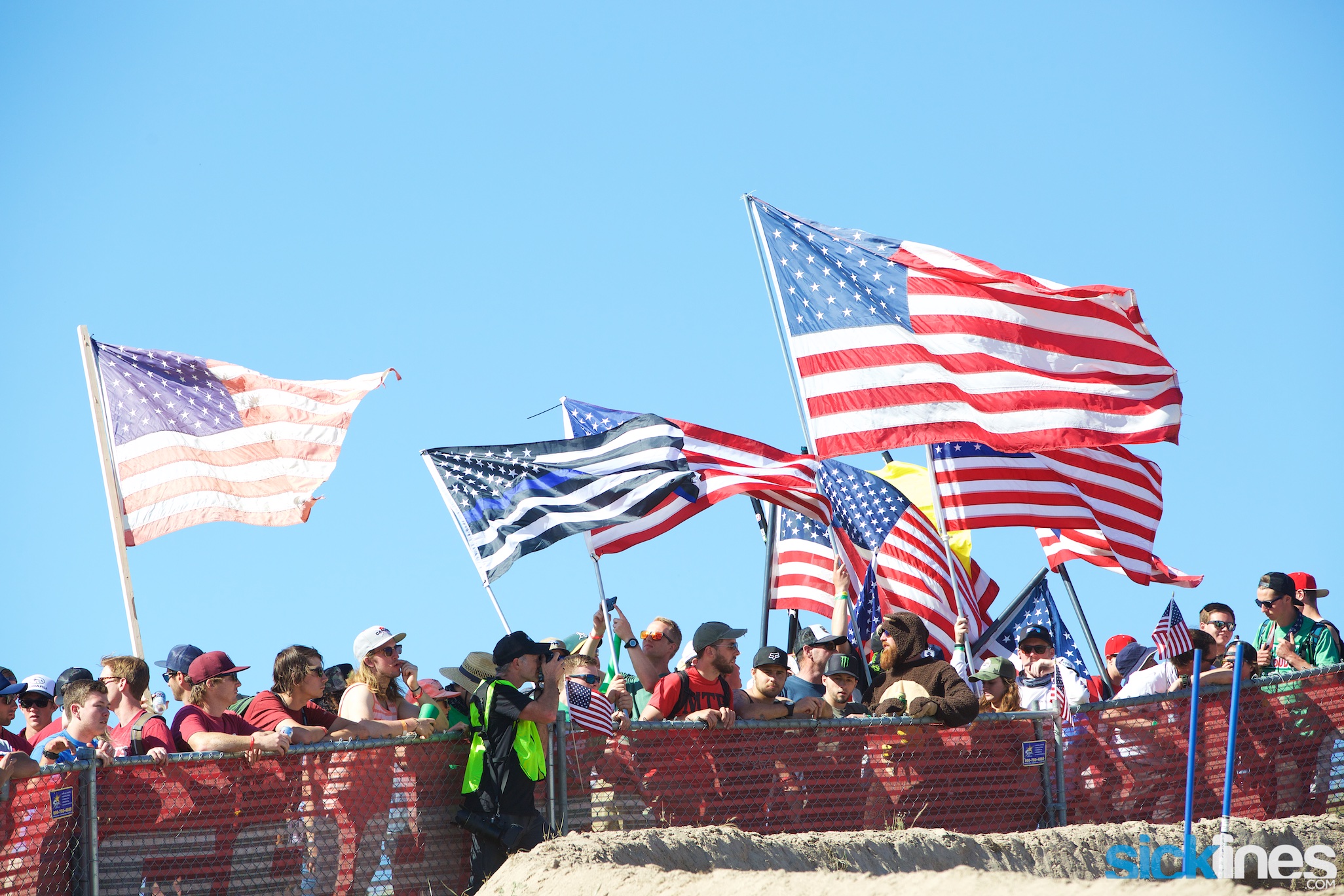 The Sea Otter Dual Slalom is typically a must see event if you’re at Sea Otter and this year was no different. After qualifying, it was Bryn Atkinson and Jill Kintner that took the honors of fastest qualifiers for the respective Pro Men and Pro Women field.

Norco just released their Optic and it was a story book beginning for them as Jill Kintner and Bryn Atkinson were racing on the Optic.

Gated racing is an exciting time for athletes as well as fans alike.  The Dual Slalom fans turned up this year and everyone was treated to some great gated racing.  The course sees tweaks each year and this year it was running very well.

The hillside is loaded with photographs, drones, and videographers so this happens all too often when people aren’t paying attention making this event even more interesting to capture.

Over the course of the race, things can change quickly as berms get deeper and lines get etched in the dirt making sections tricky as Chris Herndon and many other found out the hard way while trying to win.

A quick way to make a name for yourself is to win or advance through the ranks of World Cup athletes and there were quite a few who did just that this year.  14year olds typically aren’t expected to be able to match the skill and experience of veteran athletes but GT manages to find some insanely fast dual slalom riders year after year for their roster.

GT’s Joseph Foresta, who is 14 years old, was able to claw his way all the way into the final race against Martin Maes.  GT claimed 1st through 3rd place in the Pro Men dual slalom.

Kyle Strait advanced into the round versus Forestra but Forestra advanced due his speed and to some mistakes from the veteran.

Through the course of the Pro Men’s brackets, there were a number of moments that had everyone gasping.  The first was with Brooke Macdonald who had to hit the eject button mid-air in the upper section of the course.  In typical Bulldog fashion however he managed to roll out of what looked like a very hard slam and ended up in 3rd place overall still.

Jared Graves also had a hard hit in the lower berms. He was able to roll down the hill but that hit certainly took his breath away.

In the Pro Womens field, Anneke Beerten gave Jill Kintner a run for her money in the finals.  Beerten bested Kintner in the first heat and really put a fire under Jill to make up the time.  Jill found some new energy after the first round and was able to secure her 6th Sea Otter Dual slalom win as she poured on some impressive power down the lower section of the course.

In the Pro Men’s field it came down to GT’s Foresta and Maes.  Maes won the Sea Otter dual slalom last year and he repeated his performance again this year.