The 2017 Devinci Wilson Carbon is here. Learn more about it inside and see what they’re offering with their latest update to the Wilson family.

Last year, the aluminum 27.5 wheel’d offering was offered to the public. Today, Devinci has announced that the carbon model is ready for the public consumer! Piloted and tested by the Devinci Global Racing team.

With piles of World Cup podiums under its chassis, the Wilson is a weapon to be reckoned with. Commandeered by DGR elites like Steve Smith, Mark Wallace, and Brage Vestavik, Devinci’s flagship DH ride features a carbon fiber front triangle and seat stays powered by EPS molded frame tech for lighter, stiffer, stronger performance.

After more than a year of intense testing, it is time to introduce this lighter, quieter and stiffer version of our DH course crushing race bike. Same geometry as the alloy version, this new model now includes integrated fork bumper. The new frame material also result in a front triangle approx. 450g lighter.

Build specifications for the SL, XP, and SL can be seen on Devinci’s website.  The three builds offer a mixture of RockShox, SRAM, Schwalbe, and Easton components. Frameset options are also available. 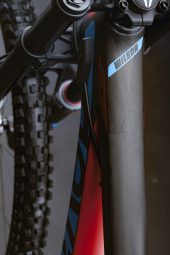 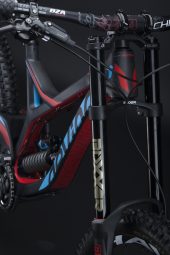 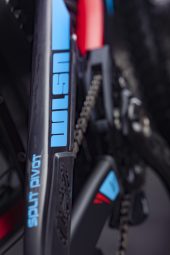