Team MadCatz has been around for some time now and have supported riders like Sam Hill, Aaron Gwin, Troy Brosnan, Brendan Fairclough, and many more during the years. Sean sent over a note saying that for 2014, Team Mad Catz won’t be around. Jacy Shumilak will also be returning to Sam Hill’s corner for 2014!

Over the years, the program has collected countless podiums around the world, several world cup titles and 8 world championships.

These accomplishments couldn’t have been achieved without the amazing athletes, awesome mechanics, great supporting sponsors and lots of dedication from everyone involved with the program.

I sit here thinking if this is a short term or permanent end, but either way, I know it’s the right decision at this time. I’d originally started the program on pure passion for the sport, walking away from a career job in 2002 to build a dream team and definitely achieved more than I could have ever imagined. Now that we no longer have input into the program, the fun has faded and the vision is blurred. We’ll take all the good memories, move forward, and cheer the athletes on from behind the tape for now. 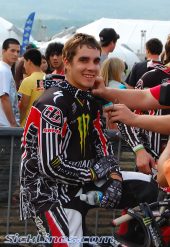 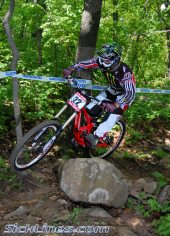 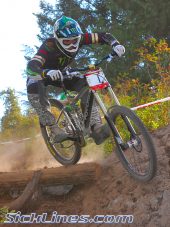 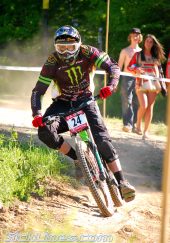 Thank to the photographers, magazines and websites for digging into the mud, cold, rain and sometimes snow to cover the action.

Of course, the big man that kept everyone’s bike together over the years supporting the program and had my back like no other, Jacy Shumilak who’s returning to Sam Hill’s corner for 2014!

In 2014,there are cool new programs and great athletes to watch.

HUGE THANKS TO ALL THE FANS…THANKS FOR FOLLOWING!!!

See you outside of the tape!