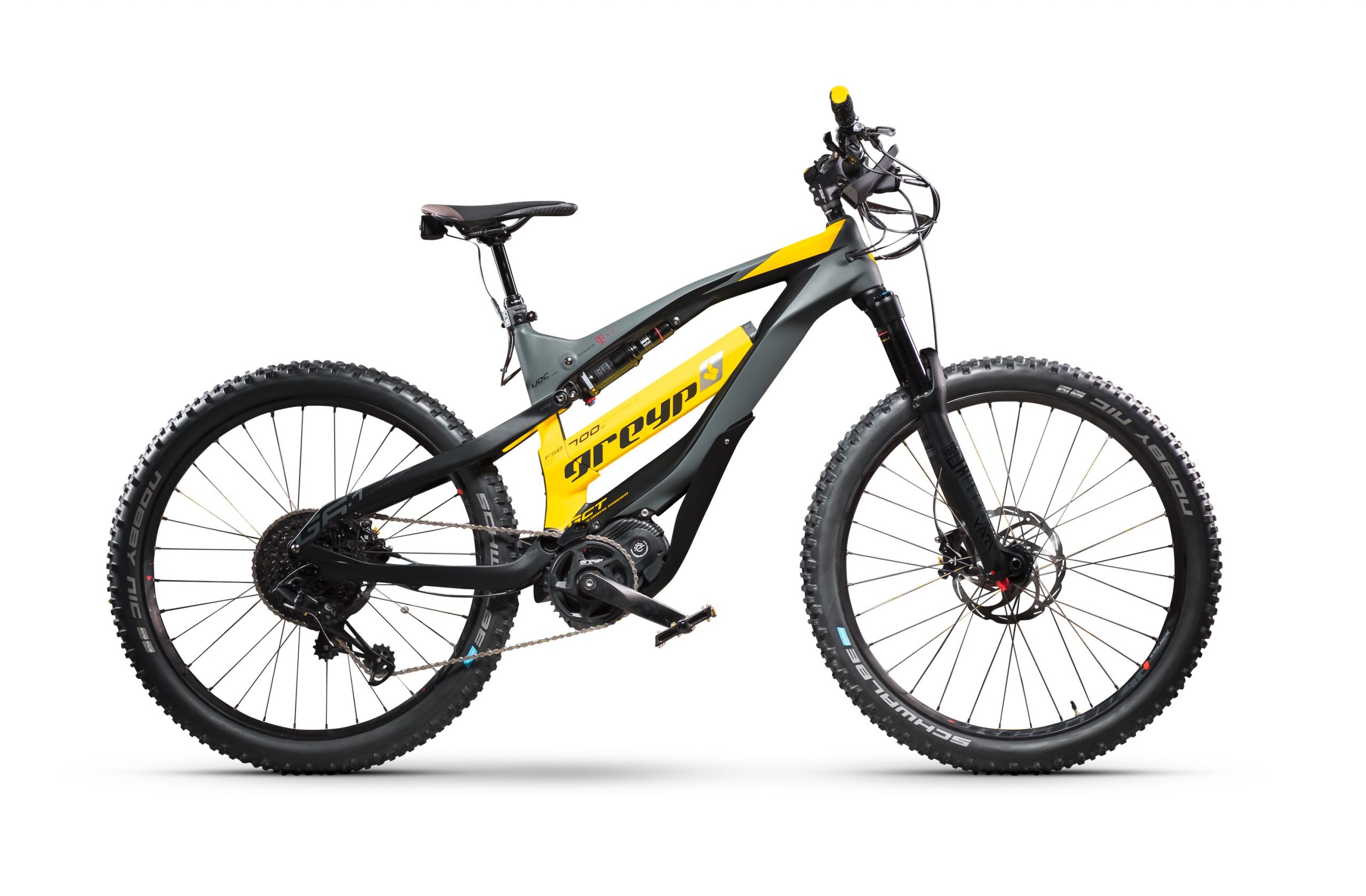 Croatian Rimac founder has launched a bike company called Greyp. Last week we saw a presentation of the new Greyp G6 e-bikes. Their bikes are a bit unique compared to most as they have a vast amount of connected technology in their bike models. They integrate things like heart rate, cellular connection, video cameras, and more that make for some neat features on their bikes. 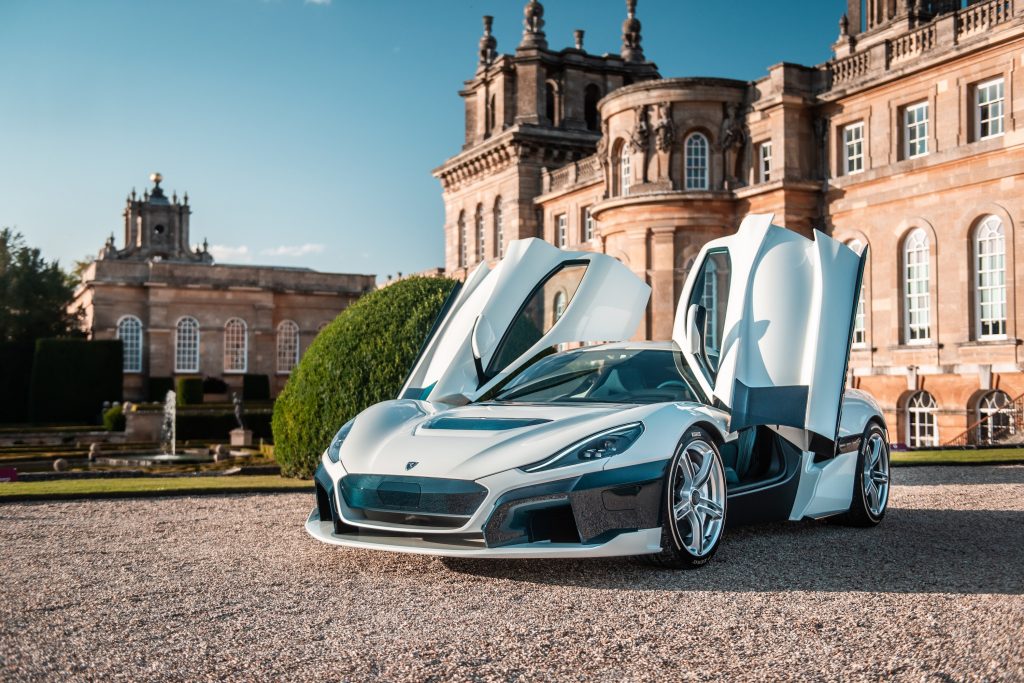 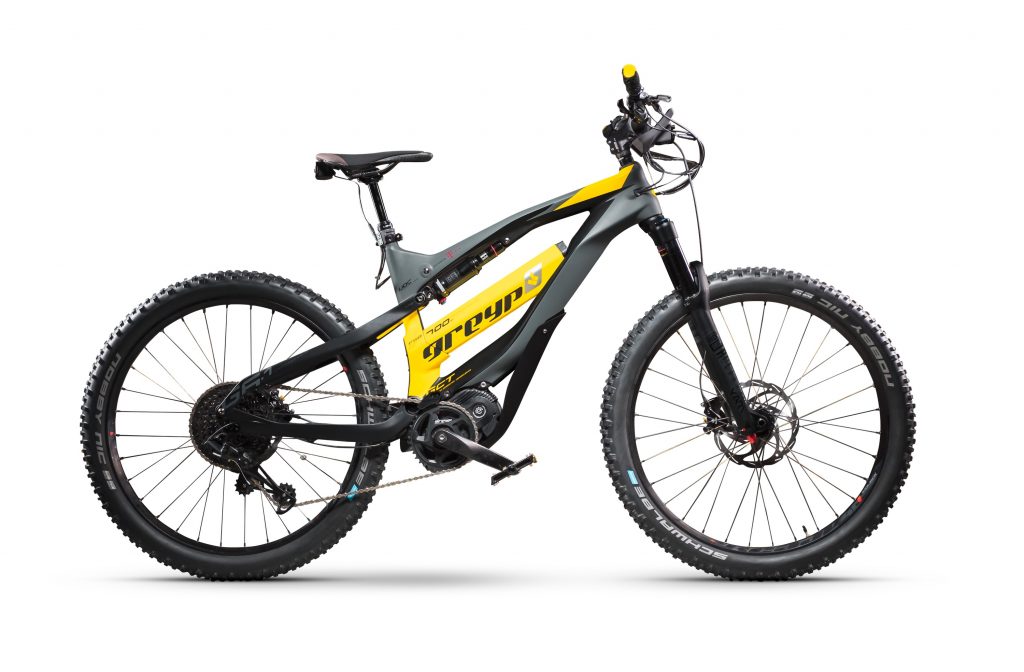 Greyp, pronounced ‘grape’, has been making some unique eMTBs and they’re now avaialbe in the USA. Originally planning to launch at Sea Otter, Greyp has resorted to an e-launch for now to announce their USA presence.

The video presentation is available below for those looking to learn more in addition to some great images and text to supplement. Watch as the Greyp bikes stream from their front and rear cameras during the presentation as well as learning more about their brand and product offerings.

Key differentiators of their bikes 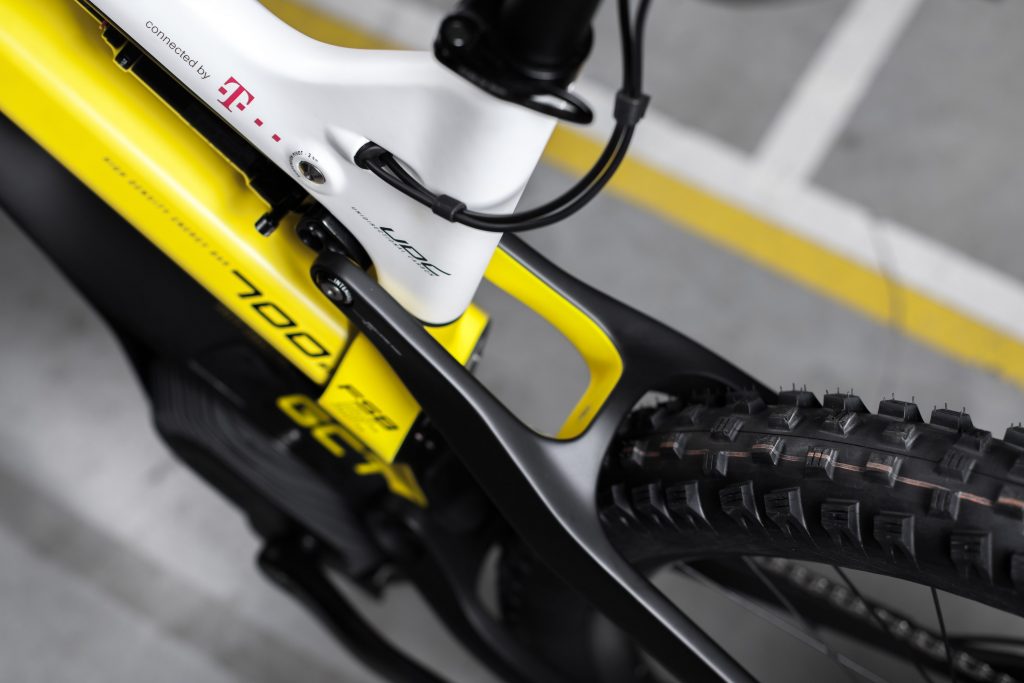 San Pedro, California (June 2, 2020) — Croatian upstart e-bike brand Greyp Bikes (pronounced: grape) is incredibly proud to have officially launched its US operations on May 28th. The award-winning, flagship G6 electric-assist mountain bike line – featuring an unprecedented combination of app integration, connectivity and on-board data – is now available to consumers through its new US website, which is now live, and at select retailers.

US operations will be run from their San Pedro, California office under Managing Director Allyson Vought, a former multiple US National Champion cyclist and longtime industry veteran with over 30 years’ experience. That may change soon, as they’re currently looking into larger spaces elsewhere.

The bikes are the brainchild of Mate Rimac – aka ‘Croatia’s Elon Musk’ – who is no stranger to electric vehicles: He’s the founder of Rimac Automobili (RA), the brand behind two of the fastest-accelerating cars ever to burn up a track… which also happen to be fully electric. Rimac brought in mechanical engineer Krešimir Hlede as COO, to run the bike side as a department of RA, which soon became its own brand and moved its operations next door.

Along with key members of the auto team they endeavored to infuse into Greyp’s e-bikes the wealth of expertise and experience garnered from developing the highest levels of automotive and battery technology along with digital connectivity. The result is a full-carbon trail bike with a high-tech heart and e-supercar soul. All three models feature impressive builds with name-brand components, backed by cutting-edge e-drive technology: 36V, 700Wh batteries power the 250W or 460W motors, which yields an estimated 60 miles of power-assist under normal use.

But what sets Greyp completely apart from the crowded E-MTB market is the host of high-tech connectivity and data offerings, when paired with the mobile apps – from front/rear built-in video cameras to full 4G and Bluetooth connectivity – that provide Silicon Valley-worthy street cred. 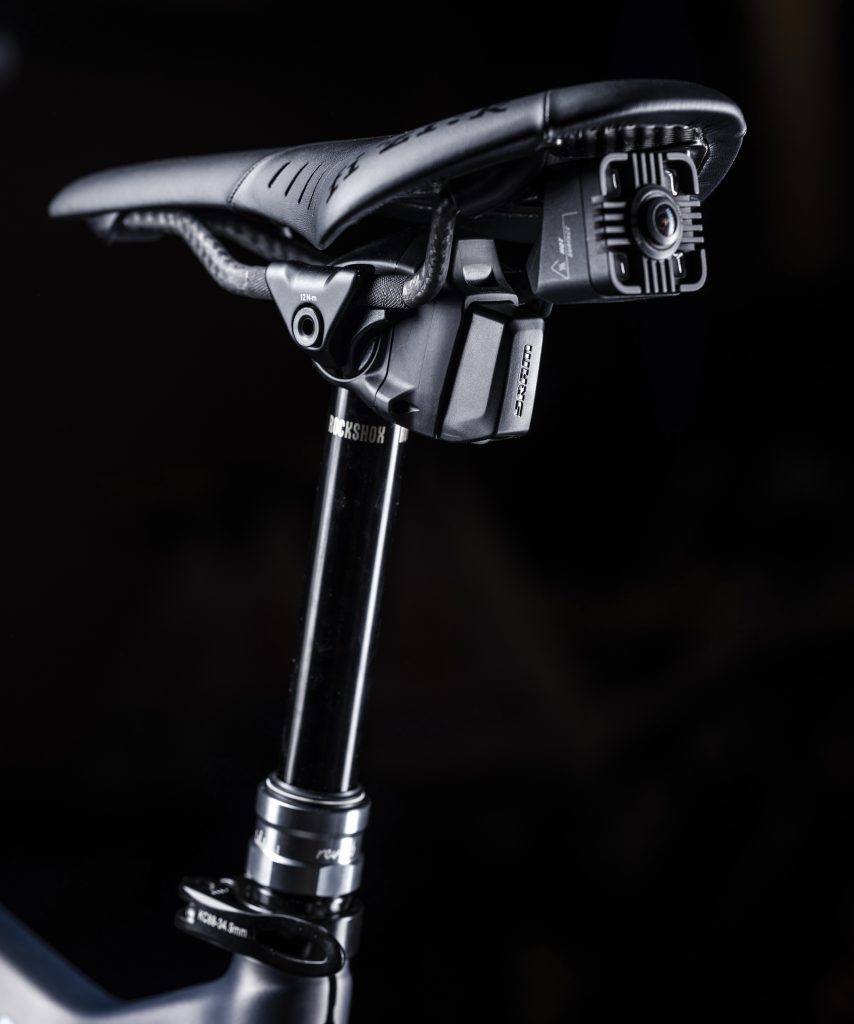 While Greyp is new to the US market, it launched its first E-MTBs in Europe over a year ago, and the industry quickly took notice: The G6.2 won Best E-MTB at last year’s Eurobike trade show, and Greyp also won the 2020 Design & Innovation Award for technology and apps.

That, combined with their experience in adjacent technologies, should spell success in the States, says Vought: “Nobody else is doing what Greyp is doing with the integration of tech, connectivity and MTB spec. Hopefully that, plus our reputation building some of the world’s coolest e-vehicles, will result in a very successful launch and future in the US. We feel these bikes push the limits of what e-bikes can do, both physically and electronically, and we’re confident their popularity in Europe will be repeated in the States.” 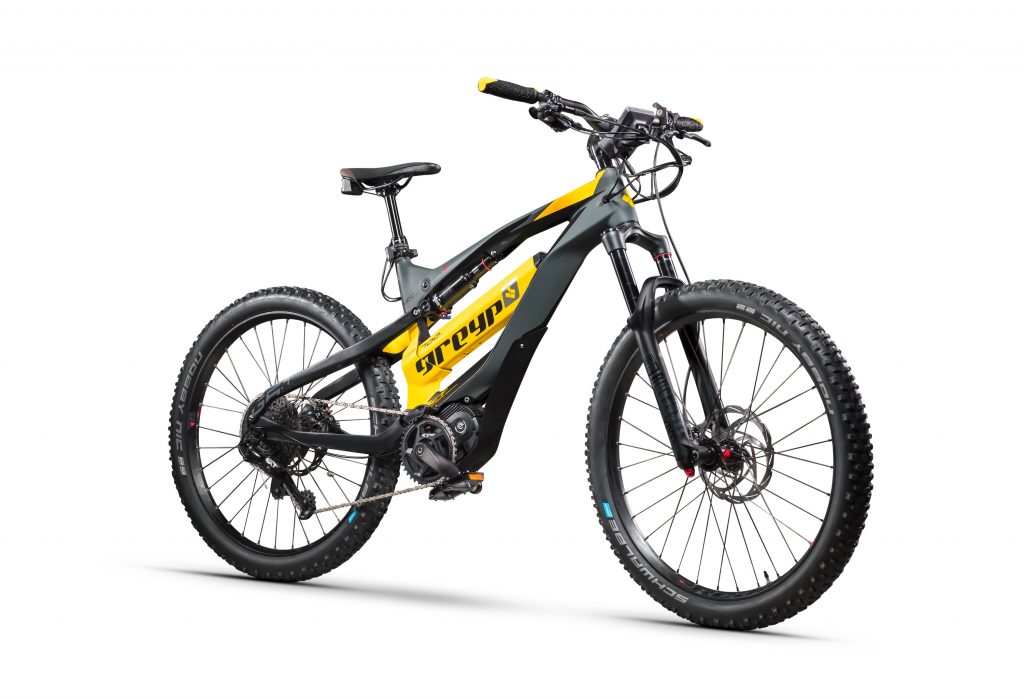 Their hardtail models, the G5.1 and G5.2 ($5499 and $6499 respectively) are expected to follow soon. Other models will also be available in the US, but through special order only. 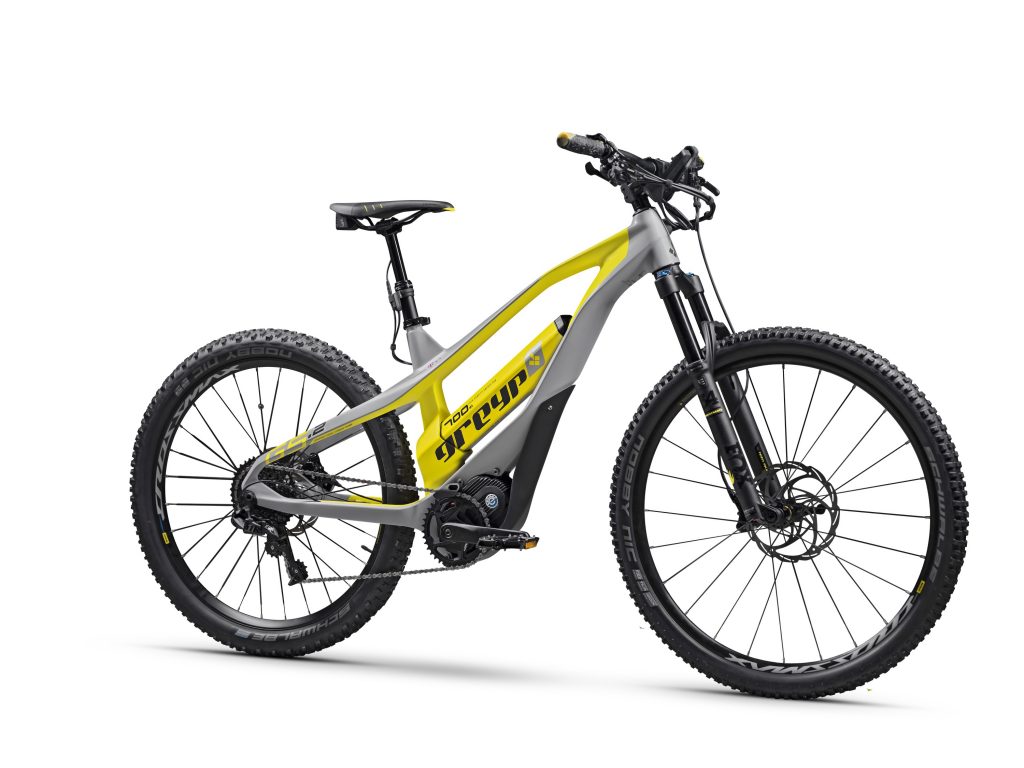