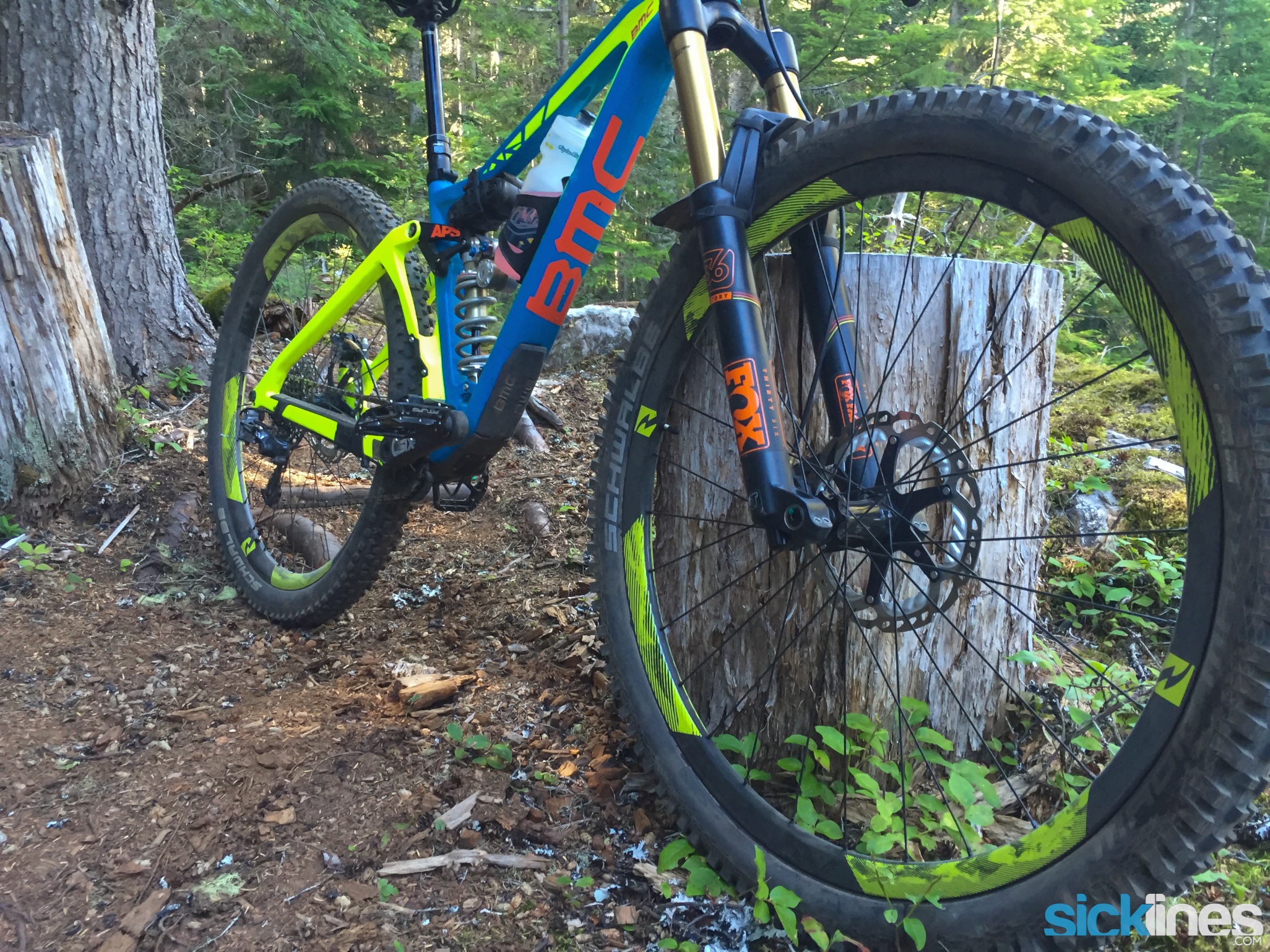 Wheels are a vital piece to a mountain bike and many riders have been curious to see how our carbon Reynolds wheels held up in our testing. Read more about our journey to B.C. where we visited Whistler, Sea to Sky and more with them for an extended stay and review.

Reynolds sent over a set of their BlackLabel 29’er hoops for me to test out just in time for my annual pilgrimage to Whistler. Usually when I travel to Whistler, I leave my carbon rims at home. Usually, I think of carbon wheels in the Whistler Bike Park to be a recipe for disaster. This is doubly true when those wheels are light enough to pedal all day. But the fine folks at Reynolds didn’t seem the least bit concerned. And why should they be?  With guys like Bernard Kerr has among their benchmark testers it seems like a given that durability has been full vetted. Have you sen the stuff Bernard does on a bike? Just the same, I had my reservations.  Lets take a closer look at exactly why Reynolds had nothing to worry about.

My wheel set arrived in well organized packaging with everything required to put these wheels right to work. The rims are delivered taped up and ready to be setup tubeless. In the box were tubeless valve stems, 6-bolt to center-lock brake rotor adapters, and center-lock nuts. Basically everything you need to hit the ground running. This is really a nice touch. There’s nothing worse than shelling out big bucks for new components only to find that required pieces are not included or some new standard has been unexpected thrust upon you with no consideration for backwards compatibility. In the box you will also find information on the Reynolds Assurance Program. This is a ‘no questions asked’ damage replacement program on top of the included 2 year limited warranty against defects. There is an additional charge for this coverage on top of the $2500 MSRP you will have just shelled out but if you’re a hard charger or generally unlucky, this might be a great option for piece of mind.

Blacklabel wheels consist of Reynolds carbon rims laced to Industry 9 hubs with Sapim spokes and are intended as an “enduro” level wheelset. The rim is a 28 mm internal width, hookless bead channel, asymmetrical design that employs a 5 region carbon layup strategy designed to balance all aspects of wheel features which Reynolds dubs MR5. I look at MR5 as a fancy way of saying the put carbon, epoxy, and resin in all the right spots to get the rims to be stiff, compliant, and durable where they need to be. While my engineering skills fall far short of being able to effectively dive into this technology, I can tell you that my field testing reveals this to be more than marketing hype. These wheels are remarkably tough yet avoid that overly stiff characteristic of some lesser wheels that lends a harsh feel and loss of traction. Reynolds spec’s 28 spokes front and rear on the Blacklabel series wheels and they are ultra light straight pull Sapim CX-Ray bladed spokes at that. I can tend to be dismissive or at least skeptical of any wheel with less than 32 spokes but, again I found the flex pattern on the Black Labels to be one of its strong points. They have that precision point and shoot feel that 29’ers in particularly benefit from but then they have a little give as you’re smashing loose rocks at odd angles.

Reynolds offers the Blacklables with center lock rotors only. Fortunately, I was already running center lock Shimano Freeza rotors but if you happen to still be using 6 bolt rotors there’s no need to worry. Reynolds includes 6 bolt adapters to allow reuse of your older rotors. I have setup these wheels with both center lock and 6 bolt rotors and found no discernible difference in performance between the two options and the weight impact is negligible. In either event, if this is your first foray into center locks you will no doubt find them much easier to deal with than 6 bolt rotors. I suspect even the most staunch resistors to new standards will seriously wonder why this has not become the standard soon.

Another design element that helps these wheels stand out are the inclusion Industry Nine hubs.  Made in the Asheville, NC, I9 brings arguably one of the best hubs on the market to pair with Reynolds’ rims.  The Reynolds spec hub does not leverage I9’s alloy spokes  but the hub internals remain fully intact, delivering 120 point, 3 degrees of engagement through a 6 pawl mechanism. Engagement is absolutely instant and is a life saver when ratcheting over rough terrain, fighting for a technical climb. While these wheels have been in my garage for only 6 months, I have Torch hubs in my stable with a couple full seasons of riding on them and they’ve required almost no attention.  I consider this a huge selling point as someone who tends to keep wheels and hubs around for a while.  Having a top-shelf, high-engagement, serviceable hub to match my sweet carbon rims is an absolute requirement, especially at this price point.

For their enduro spec rim, Reynolds settled on a width that’s quite modern while not pushing into experimental territory. The profile of a 2.35 Schwalbe Magic Mary is just about right mounted to a 28 mm internal rim width. Mounting tires and beading them up tubeless was a snap for the most part. I tried a couple different Schwalbes and a couple Maxxis tires and most were easy to mount but a compressor was really helpful to get a couple tires to seat. Personally, I prefer this to the alternative of a rim that makes tire install very tight in order to get the bead to seat easier but I can see both sides of the argument. I was able to run pressures in the low 20’s up front and mid to high 20’s in the rear without any tire retention issues or sensation of tire roll. I tested Schwalbe Magic Marys, Hans Dampfs, and Rock Razors all in 2.35 on these 29’er wheels as well as the Maxxis Minion DHF 2.5 and DHR 2.4 on a 27.5 wheelset and had zero complaints. I do think that with tires this big and some of the 2.6+ options on the horizon, a 30 mm + width option might make sense but it’s hard to find fault with 28mm as a happy medium, especially if you care about performance with sightly narrower tires

Weight for the pair came in at 1760 g with rim tape, no valve stems or rotor hardware. I think that right there says a lot about what Reynolds was trying to accomplish with the BlackLabel line. Rather than ship yet another weight-weenie carbon wheel option with an “enduro” rating, these are truly beefy wheels. Early in the carbon wheel game, I’d get all gushy about seeing sub-1700g weights for 29’er wheels. Those all broke. Still, their weight is plenty respectable and are probably not the reason you lost drag race against your bros. Throughout the summer I knocked out several long days in the saddle and never once thought the weight of the wheels was a problem for their intended use. I think knowing they had a little extra beef in them kept me from holding back which made riding that much more fun.

The majority of my time on these wheels was spent riding in and around Whistler and along the Sea to Sky corridor. And I didn’t hold back. Whistler bike park laps, cased gap jumps, steep rollers into the nastiest run outs were all a part of the daily routine. I was kind of on a tear with the steep rollers into wild run-outs this year which meant a lot of holding on for dear life at the bottom of big slabs, bouncing off everything in my path. I found that getting on line and holding that line was a little easier than with my notably softer and narrower DT EX1501’s that were stock on my BMC Trailfox TF01. Specifically, the alloys are great for surfing in a straight line over wet roots where their slight give seems to make them a bit forgiving. But, if that line were to include a tricky corner at the exit, the carbon hoops were a bit easier to place right where you want them to be. I have to reiterate how accurately the BlackLabels nail the perfect balance between precision and compliance.

More than once these rollers went off without an ounce of grace. Picture a spectacular display of gripped, out of control sliding down lines almost entirely on luck. This led to several brutally hard wheel impacts. One notable scenario involved gapping in to smooth slab with a heinous looking shark-pit run out. The first part went OK, but then I got off line. In the run out I struck a square edge hard enough to cut my tire in multiple places in a single blow while driving my carbon sidewalls hard into the rock. The sound was horrible and I barely avoided a day-wrecker crash. My Super Gravity Magic Mary was destroyed. How did the The Blacklabels fare on the impact? I found a nice little nick and a little dust on the rim right where it impacted the rock but that was it. No cracks or failures of any kind were detected on that day and I went on to ride another month at Whistler and several more months since without the tiny nick never expanding into a crack. Needless to say, I was impressed and relieved.

Conclusion –
Reynolds has a fine set of wheels here, no question. I wouldn’t mind seeing more width options, I think the 2.5 Maxxis DHF’s could benefit from a 30+ mm rim, but I suspect that’s probably in the works. Other than that, it would be nice to see the “no questions asked” Reynolds Assurance Program included in the base MSRP rather than having to go through a separate process for an additional cost. But overall, I consider these to be the new benchmark in aggressive carbon wheels. I know, I know, you’re thinking “but, but they gave you a free set of wheels so you’re basically getting paid to say that”. Well, I put my money where my mouth is and pony’ed up the extra coin for BlackLables for my Pivot Firebird. The Firebird is my primary park bike and has already seen its share of punishing bike park laps and stupid bike tricks gone wrong.  The wheels haven’t flinched. If you’re in the market for a set of carbon wheels and value durability and a precision performance over absolute weight loss, I highly recommend you take a closer look at what Reynolds has to offer.

Blacklabel wheels are available in the following configurations – 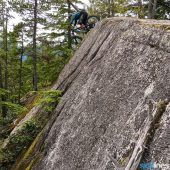 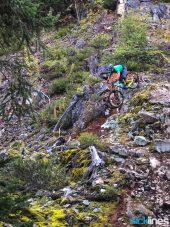 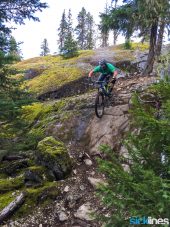 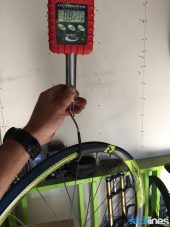 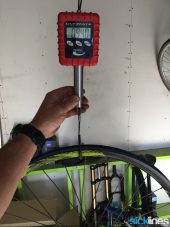