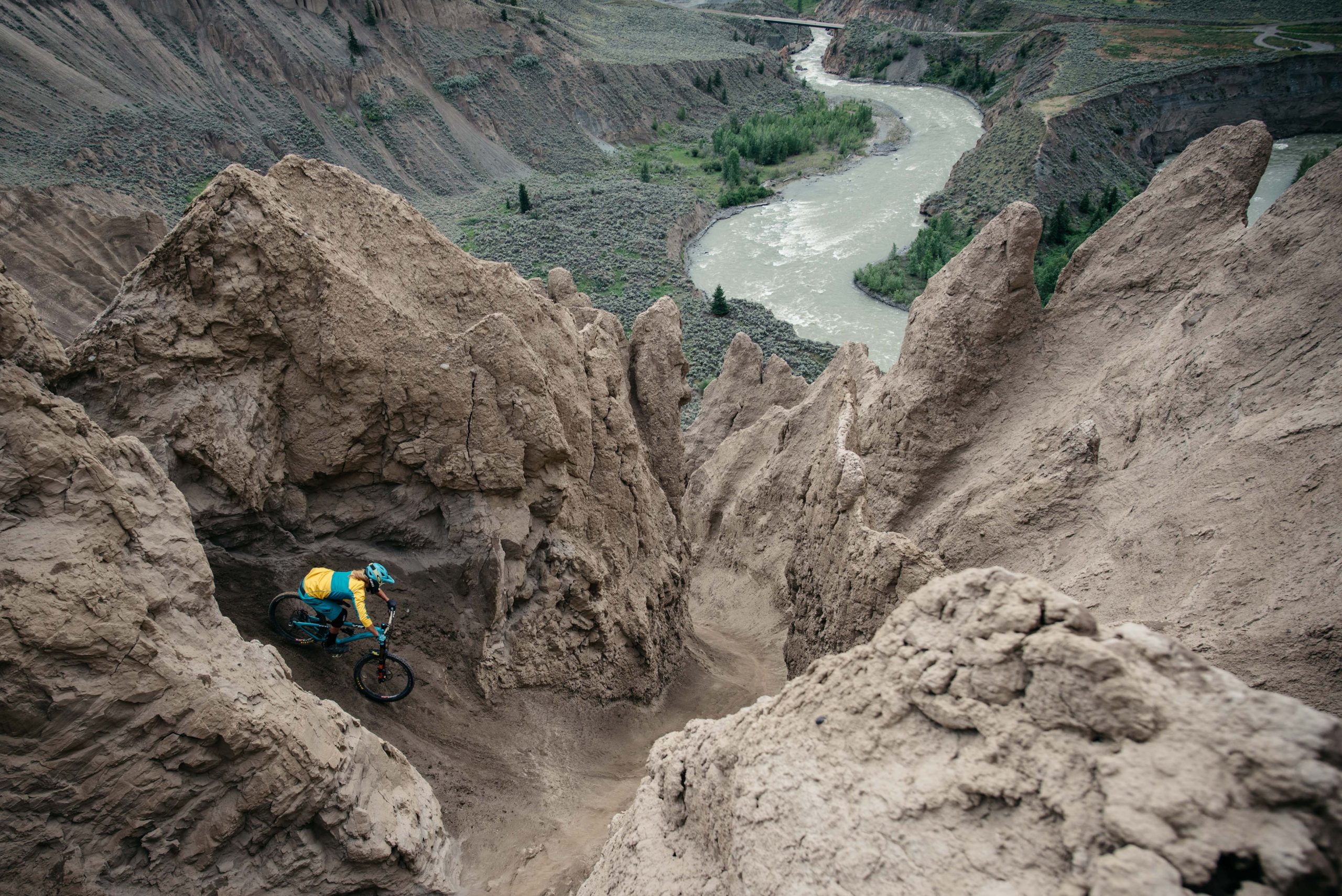 Video: Cody Kelley Road Trips to a Freeride Mecca with Sorge and Aggy

Cody Kelly is a stylish guy and Giro has sent over a story recapping his journey with Sorge and Aggy into a freeride mecca earlier this year. Check it out inside.

RAIN DROPS ON THE MOON

Cody Kelley road trips to a freeride mecca with Sorge and Aggy on the new Giro helmet.

What makes an experience memorable? Good or bad, it’s the out-of- the-ordinary moments that stay burned in our minds for the rest of our lives. Cody Kelley (the up-and- coming EWS racer on team Yeti / Fox Racing Shox) has had an unreal season so far, with breakout race results alongside his teammate Richie Rude. But perhaps the most thrilling and memorable moment of Cody’s career so far wasn’t on a racecourse at all – it was following Red Bull Rampage 2015 Champion Kurt Sorge down an impossibly steep chute in a landscape as foreign as the moon.

With a break in the race schedule, Cody accepted an offer from Sorge and freeride star Graham Agassiz to join them on a four-day road trip in and around Williams Lake, British Columbia. This rough-and- tumble logging town has a thriving riding culture and the trails are plentiful and varied. In fact, IMBA calls Williams Lake a “Shangri La of Mountain Biking.”

We start out with a descent on Fox Mountain. Under an ominous sky, we’re instantly hitting fast, fun turns with perfectly tacky dirt. Our photo/video crew is loving the weather – the cloud cover makes for consistent/even light under the canopy of trees and the intermittent raindrops make the moss vibrantly green. The group is freight training down the trail hooting and hollering and popping off of every lip and undulation. It’s clear that these three are stoked to be shredding together. With the cameras rolling and the dirt tacky, Aggy is in his element.

“Let me hit that one again,” Aggy says, “I can get lower in that turn.” Rain drops start to fall with more intensity as Aggy hikes back up the slope. Almost in the blink of an eye, the tacky dirt gets a sheen of slippery black mud. On the next pass, Aggy pushes his front wheel over the top of the berm. It’s a split-second crash that looks like no big deal, except Aggy slaps the ground with his hand and instantly knows it’s broken.

A TRIP TO THE MOON

By the time we retrieve Aggy from the hospital it’s hammering rain. We go to the local bike shop, Red Shreds Bike & Board Shed, just in time for an afterhours party. Maybe it’s the torrential rains, or the surprise visit by our crew; the place is bustling more than you’d expect for a weekday. We’re greeted by “Shreddy” the shop owner (and legendary rider in his own right) and Jeremy “Jercan” Stowards. The talk is all about a maze of canyons a couple of hours away and how conditions there will be ALL TIME with the recent rains.

The maze of canyons looks more like the moon than Canada. It’s all steep canyon walls, hoodoos and the largest sand dune in British Columbia. We set up camp and wake up the next morning at the base of the wet sand cliffs. Despite a late night of drinking whiskey around the campfire the group is up early to session the dramatic landscape. (Except for Aggy, of course. His broken hand gives him license to sleep until late morning in the sanctuary of his Toyota Tundra/camper/adventure mobile).

It’s not until we reach the top and look down that it becomes clear just how steep this terrain is, with a high-speed, high-consequence, 1,000-foot drop from top to bottom. “My nerves are through the roof,” Cody says, perched on the edge, contemplating the descent. “The hardest part is that I can’t even see the run out.” While the group of photographers and videographers shuffle into position – using, hands, feet and half sitting – Jercan drops in, followed by Cody, then Sorge.

It’s not as simple as locking up the rear wheel and surfing the sandy slope. There are critical turns and narrow gaps between the hoodoos and it’s clear that Sorge lives for this sort of riding. He’s bombing down each chute, arcing turns and boosting off each rise. At the base of the chute, you can practically see the adrenaline emanating from the riders. “I’ve never ridden anything like that,” Cody says. “I had both brake levers to the bar and I was still accelerating! I must have been going close to 50 miles per hour!”

The energy is electric throughout the group and the videographers are psyched to have captured the action from every angle, including some aerial shots of the chutes. Back at camp, the riders quickly find the stash of beers (left chilling in the frigid waters of the Chilcotin River) and start reliving the day’s lines and jumps around the campfire. Stories of the EWS circuit are traded for tales from big mountain freeride and it becomes clear that a true bond was made between these riders. This road trip had taxing moments, and Cody was pushed well beyond his comfort zone, but the past few days have been epic. “This one is never gone leave the memory banks,” Cody says. “Thefeeling and the rush that I got smashing that first line… it was crazy.” 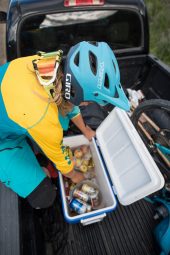