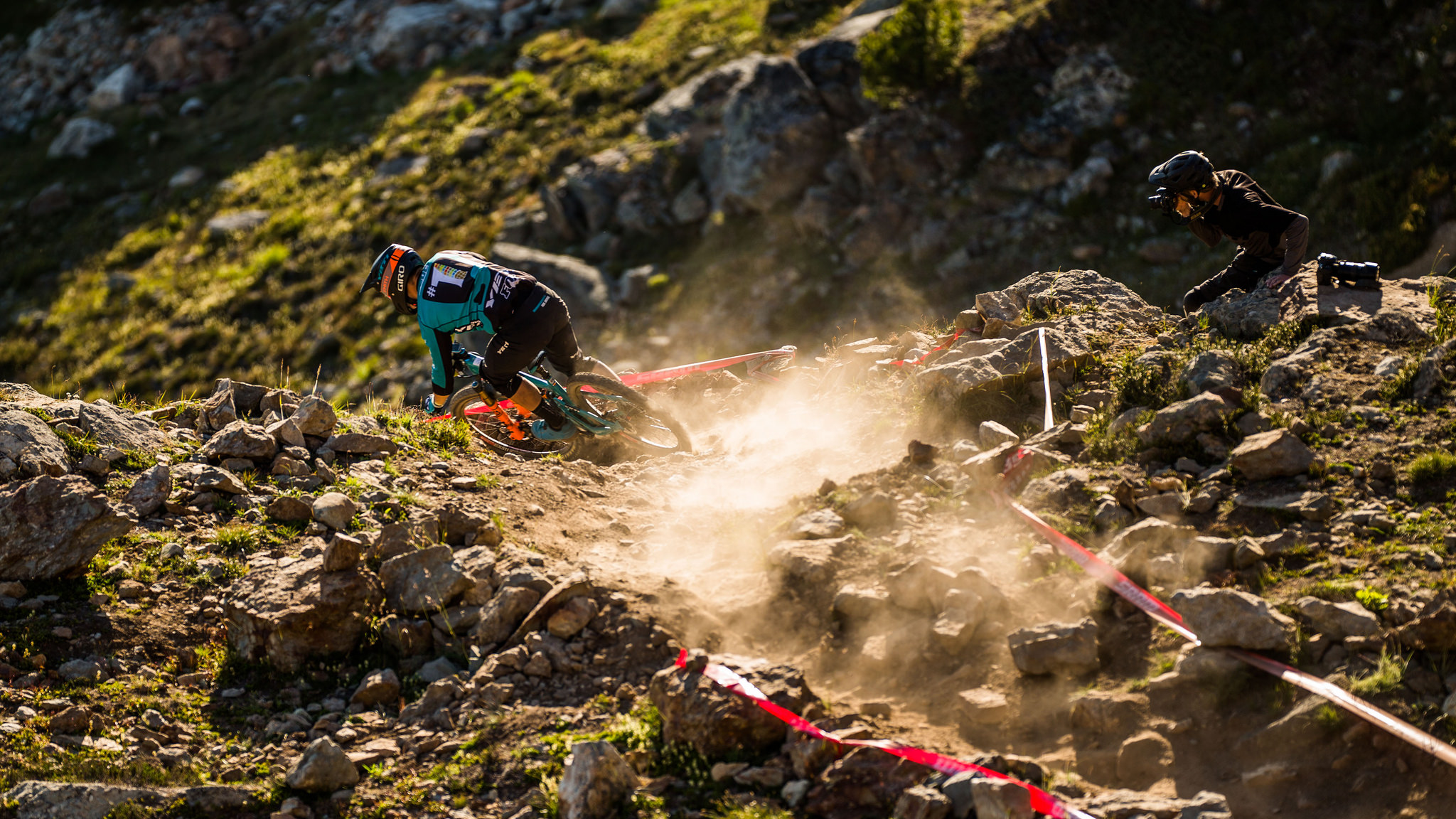 Richie Rude and Cecile Ravanel have done it again – they win the SRAM Canadian Open Enduro Presented by Specialized. Details inside from the EWS.

Both Rude (Yeti Fox Shox) and Ravanel (Commencal Vallnord Enduro Team) each staged incredible comebacks after their days got off to a bad start. Cecile suffered mechanicals on both stages one and two, whilst Richie had to contend with a flat tyre on stage two. This put both of them at a disadvantage going into the next stages – with Cecile only just making her stage three start time.

Everything hinged on the epic stage five, the famous Top of the World trail. Isabeau Courdurier (Sunn) led the women’s race all the way to the stage five, but a blistering time from Cecile was enough for the series leader to clinch the win. It was a similar story in the men’s race – Whistler local Jesse Melamed (Rocky Mountain Urge bp) was on course for his first EWS win and on home soil too, but Rude’s run on stage five put paid to that and he went on to win both the stage and the race. Josh Carlson (Giant Factory Off Road Team) and Casey Brown (Trek Factory Racing) both occupied the third step of the podium.

In the Under 21 Men’s race Adrien Dailly (Lapierre Gravity Republic) smashed the field once again to win, with Sebastien Claquin (Rocky Mountain Urge bp) in second and Rhys Verner in third. In the U21 Women Canadian Jennifer McTavish led out Martha Gill (Marin Stan’s).

In the Master’s race it was Brian Lopes who romped to victory, with Michael Broderick in second and Master’s World Champion Woody Hole (Hope) in third.

In the team competition Rocky Mountain Urge bp were team of the day, with Giant Off Road Factory Team in second and Ibis Cycles Enduro Race in third.

The competition heads back to Europe for the last two rounds of the year, first to Valberg-Guillaumes in France before the 2016 World Champions are crowned in Finale, Italy.
www.endroworldseries.com

The Notorious Erzbergrodeo With Manuel Lettenbichler