FOX Unveils its Model Year 2015 Mountain Bike Suspension Lineup
A completely redesigned 36 enduro fork headlines the lineup, along with updates to the rest of the line that are a direct result of the 34 RAD project during the 2013 race season.

FOX is celebrating its 40th anniversary since Bob Fox started redefining ride dynamics in the motocross world in 1974. Our entire fork lineup has received attention, with significant updates being made to the 32 and 34 models and a completely redesigned 36 series—some of the most exciting product offerings we’ve ever introduced. FOX will also be offering special edition stealth black forks and heritage graphic kits that will fit any FOX fork or shock.

40 YEARS OF FOX PHILOSOPHY: DEVELOP IN EXTREME ENVIRONMENTS WITH DEMANDING ATHLETES
In 1974, Bob set out on a quest to build a better motocross suspension. His approach was to work with top athletes at the racetrack to help them improve.

Our current-day Racing Applications Development (RAD) program continues to work with athletes at the top of their game on some of the most demanding terrain around the world.

Several key developments from the RAD program have been used in the 2015 product line.

OUR LIGHTEST 36 RC2 FORK EVER: REDESIGNED FOR 26, 27.5 AND 29” WHEEL SIZES
The model year 2015 36 offers rigidity and improved traction for all-mountain riding and enduro racing in a new lighter chassis. Also of note is its updated geometry, new convertible thru-axle design that works both with 15mm and 20mm, purpose-built RC2 damper, and redesigned air spring system that equalizes rider weight for increased traction.

Heritage Fork & Shock Decal Kits
Reminiscent to the first motocross decals these heritage graphics come in an array of colors.
• Works with any fork or shock regardless of model or year
• Each set includes decals for FOX fork and FOX shock
• Available in red, blue, white, green, and tennis ball yellow 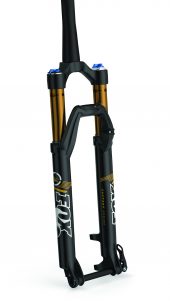 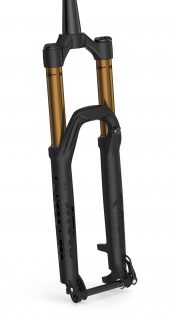 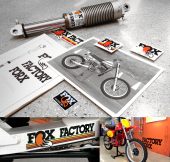