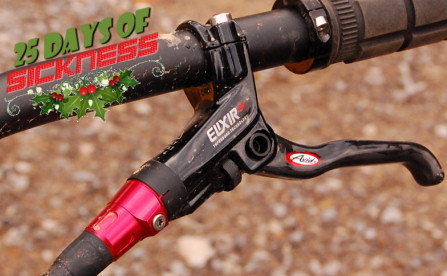 Avid has been working hard on their new Elixir brakes and they’re quite impressive to say the least.  The Elixir lineup replaces the Juicy Carbon model.  See inside for some details on the Avid Elixir CR brakes.

The Elixir lineup is new for Avid this year and there are two models available;  The Elixir R, and the Elixir CR.

They both have similar features but the main differences between the R and the CR models are: 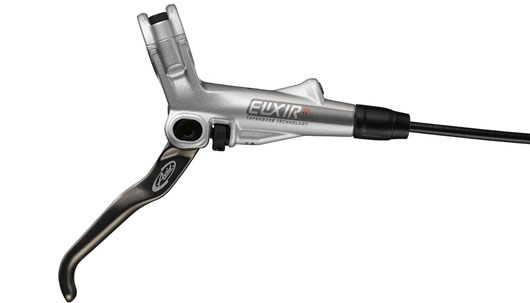 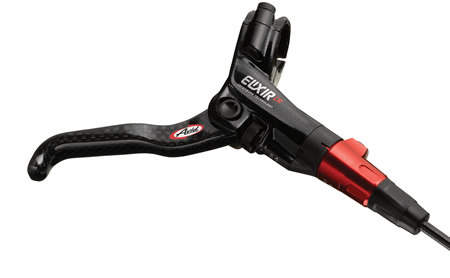 Both Elixir brake models employ the TaperBore technology which is a unique patent-pending closure system in the Elixir levers. It is designed to save weight, look good, improve lever feedback, and most importantly, gives you more power and control.  It integrates the reservoir around the whole assembly.  As you pull on the lever, the piston goes through the taper giving you a consistent braking feel and allows you to modulate the brakes smoothly while still remaining powerful. 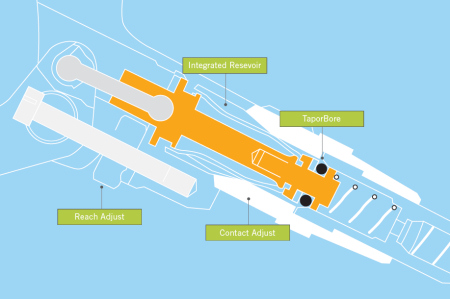 The power of the Elixir according to Avid sits in between a Code and a Juicy.   In the time that we’ve spent on these brakes so far, we’d have to agree with this as well.  The Elixir is a brake we feel that you can put on any mountain bike and have plenty of power and modulation.

The levers have a closer pivot point to the handlebar (slightly less mechanical advantage) and as a result gives the brake a linear feel to them with the combination of the TaperBore system.  The power comes on pretty smooth and is easy to control. 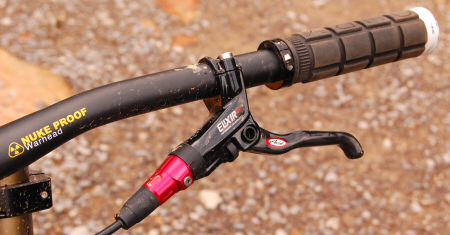 The Elixir CR levers have two dials on them that make for a tool free setup.  The reach adjuster (black knob) turns to let you adjust the lever position.  The reach adjuster we found to be pretty easy to use but it is pretty smooth so turning it could be a little easier if it had more texture. 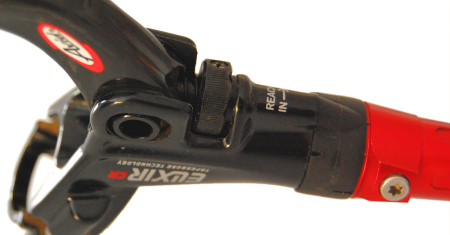 The pad contact adjuster (red dial) turns as well without any tools and adjusts the point at which the pads engage.  There are roughly 2 1/2 turns that let you easily meter the contact point to your liking.  Additionally, the Elixirs have a neat feature that ensures that the hose won’t twist on itself.  It’s a nice feature as it lets you orient the hose easily when setting up the brakes without having to unravel the brake line.

Additionally, the lever body overall is quite light (only ~20g heavier than the Avid Ultimate brake lever body), is matchmaker compatible (so you can bolt up a Sram X.0 / x.9 shifter to the lever), and has a nice solid feel to it.

Moving to the Elixir CR caliper they’ve done some significant changes here as well.  The CR model has an adjustable banjo (in red to match the pad contact dial) so you can orient the way the cable routes to the brake in a clean fashion. The Elixir caliper is a two piece design and has two pistons.  The Elixir features bigger pistons than the Juicy models.  The pistons are designed to aid in keeping the system cool as well as giving more power. 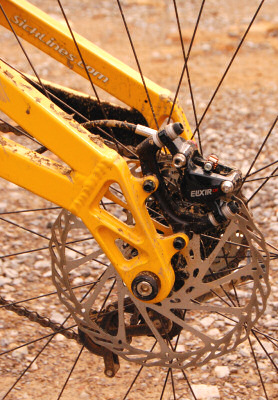 The pads are redesigned and are top loading so you can replace your pads without removing the wheel.  The stock pads are sintered and help provide good power and a consistent feel throughout the ride.  Additionally the Elixir caliper provides a bit more airflow for the caliper through their new design. 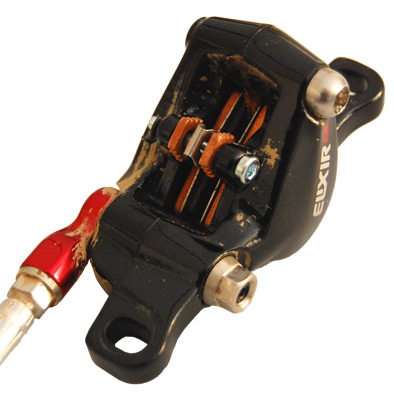 The Elixir’s use the Tri-align system that helps make setting up the brakes a little bit easier but proper facing/alignment should always be done as well to ensure the best braking experience .

There is also a new rotor that goes in hand with the Elixir’s that Avid is calling the G3 rotor.  The rotors are designed to give a consistent braking feel and reduced weight.  You can get G3 rotors in 160mm, 185mm, and 203mm.  The weight on our rotors show that the 6″ model has seen some weight reduction (~10 – 15g) from previous G2 rotors but the 185mm and 203mm sizes don’t show this same correlation.  Our G3 rotors paired with the Elixirs have been quite silent so far.  There are no funny noises coming from these brakes which is quite impressive considering the slop we’ve ridden these through. 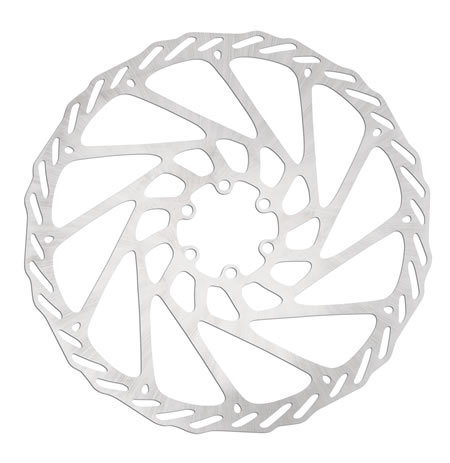 Overall we’ve been quite pleased with the Elixir CR’s.  They show a lot of improvement in the Avid brake lineup and come in at a great price considering all the benefits they pack.  The brakes have been silent so far in all conditions and that’s impressive to say the least.  No gobbling noises, just smooth consistent braking so far.  The feel, power, and modulation on the Elixir is the best stock Avid brake we’ve used so far.  The Elixir we feel is truly a brake that can be used on any mountain bike.

Avid really has a winner here we feel and look for a full review later down the road as we get some more time in them.  You can purchase these brakes through any good bike shop like Red Barn Bicycles.  For more information on the Elixir and other products check out Sram.com.