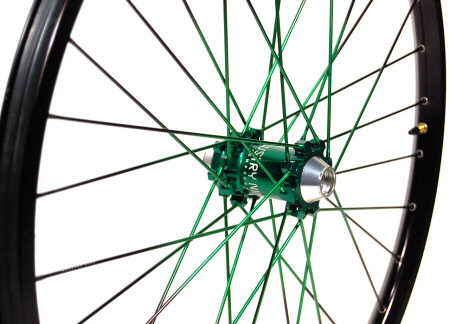 With this bike we sought to built some super light wheels that would push the limits of what we usually run. To do this we picked some really lightweight rims to lace to the Industry 9 hub and spoke system. While the rims aren’t meant for DH specifically they have held up decently well considering the terrain its been ridden in. The rim gives a nice profile to the tire as it has an inner diameter of 23mm (a Mavic 721 is 21mm). These aren’t every day DH rims by any means (especially in extremely rocky locations) but they make for some insanely fast acceleration if that’s what you demand. 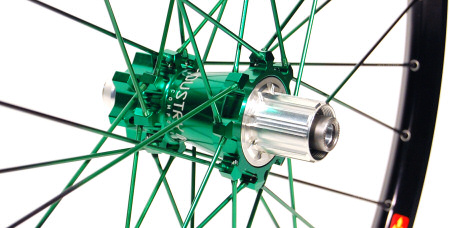 The Industry 9 spokes we used are custom faded from green to black for a little bit more pop. They’re not a cheep upgrade but really make the bike have a unique look that isn’t easy to recreate. Since the rims we chose were light we chose to run tubes instead of tubeless since we expected a few dents here and there with heavy usage. 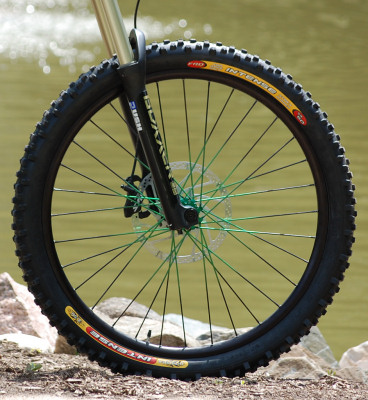 On this build we tried out a few different tires ranging from Maxxis Minion 3C’s to Intense FRO tires (Edge, FRO Lite, and Intruder). 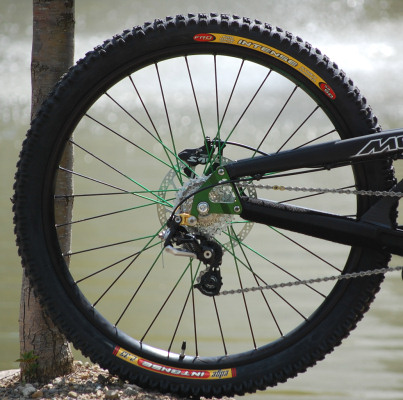