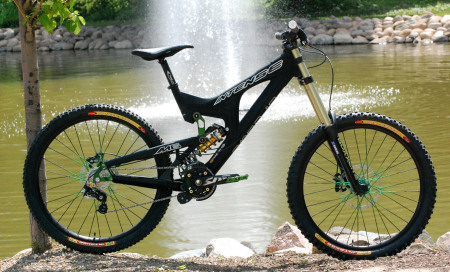 New for 2008, Intense introduced a bike to replace the M3 called the M6 FRO. The M3 was already a proven downhill bike, but the M6 set about to bring an evolution to Intense’s staple DH bike. By bringing the latest and greatest technology as well as updated build and construction techniques Intense created a much improved bike. 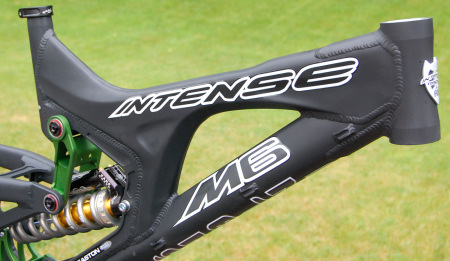 The M6 features less travel than the M3 at 9.1″, but now touts a lower leverage ratio and features a 10.5″ x 3.5″ shock. Other big differences to the M3 include revised geometry, a 1.5″ headset, upgraded ISCG-05 chainguide tabs, and more.

Similar to the Socom, the M6 gets the FRO badge. The FRO badge isnâ€™t meant as a daily bike necessarily but it does offer some additional strength over their standard offerings. They use weight optimized tubing (which doesnâ€™t mean weaker necessarily) in addition to different weld specifications. Rick the welder expounded a bit more on the FRO techniques used for frame construction. All tube junctions are double butted, or straight gauge. Similar to the Uzzi VPX, it is double welded at all joints. Like pipe welding, bead is applied on the inside as well as the outside. 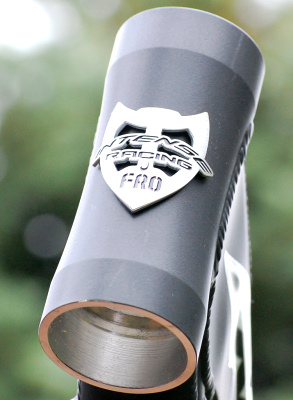 The idea behind our M6 FRO build was to assemble one of the best M6’s out there to get the most out of it. We outfitted it with a plethora of downhill worthy parts while still retaining a great overall weight. The M6 we’ve created is pretty light, responsive, and sits low making for some unprecedented geometry in a production bike. Intense really produced for the consumer what their race team demanded on the race course. Be sure to navigate to the rest of the build by clicking next page at the bottom.

If you’d like to purchase an M6 of your own we suggest talking to a respected Intense dealer such as Competitive Cyclist. Their service and expertise on Intense products is hard to beat.