When it comes to seats and seat posts, SDG is one company who has definitely came up with a unique and beneficial way to thwart issues related to a typical seat and seat post interface. The new SDG Micro I-Beam seat post (SP-951) features a lot of benefits over the first I-Beam seat post. Likewise, the SDG Formula FX saddles also take the I-Beam seats to the next level as well by offering a flex cavity unseen in previous I-Beam saddles.

The new I-Beam micro seat post comes in three sizes and is available only in black. Each post comes in a pretty long 400mm length, but its easily cut down to fit. The post has clean height adjustment markings on it to let you know its height quickly and cleanly. 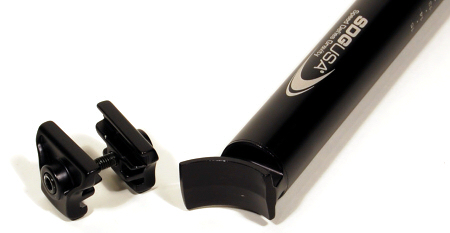 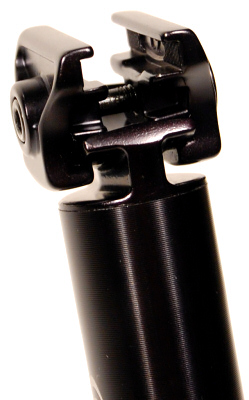 The I-Beam system allow for tons of options for setup that just didn’t exist before. Tons of angular adjustability as well as the most fore-aft adjustability of any seat / seat post combination. This feature is one that every biker can appreciate. Running the seat in the extreme fore/aft positions probably isn’t the best of ideas but it does open the door for those who need the extremities the I-Beam system provides. 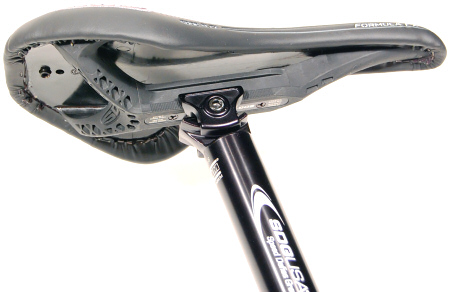 Freerider’s and downhiller’s love the I-Beam system as they can get the seat where they need it to be. These bikes often have slack angles and conventional seat post systems often can not compete with the adjustability of the I-Beam system. Additionally, there are no rails to bend on the I-Beam system. 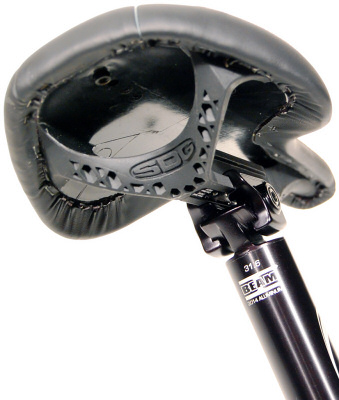 The I-Beam seat is unique in that it features a beam down the base of the seat that is a fiber composite material. The Formula FX series I-Beam saddles have a flex cavity built into the base of the seat to give more flexibility to the seat. The suspended I-Beam system of the FX saddles compared to the solid beam in the Belair and the I-Fly series saddles offer a more railed saddle feel. 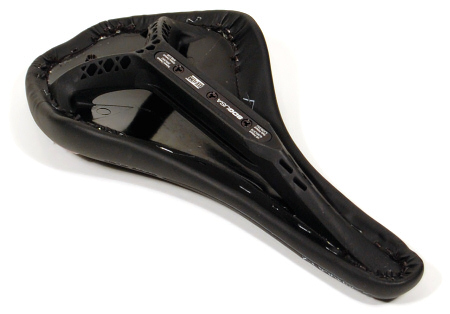 The FX series saddles allow the seat to flex a good bit more similarly to a railed saddle. If you’ve looking for a I-Beam setup that feels more like a railed saddle feel the FX delivers an amazingly nice ride. 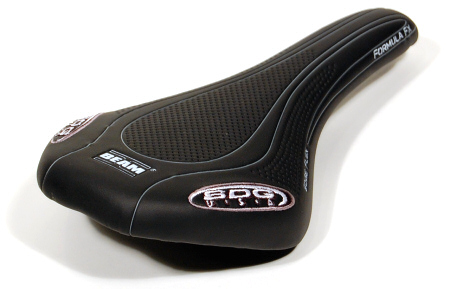 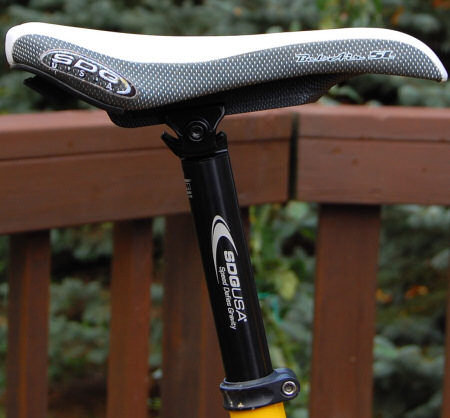 In addition to the FX saddle, the ever popular I-Fly and Bel-Air SL/ST are also still available. The Bel-Air is a very popular saddle as is the I-Fly. The Bel-Air packs a good amount of padding and is quite comfortable.

The I-Fly isn’t the most padded saddle on the market but offers a nice lightweight saddle that can take some good hits and still ask for more. 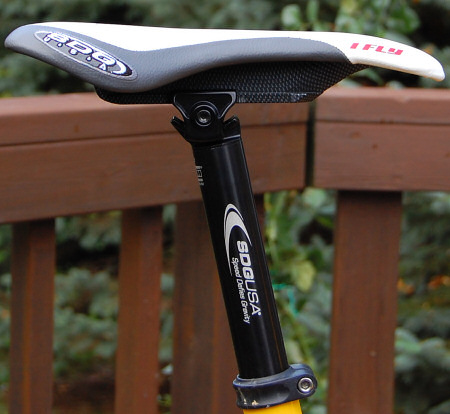 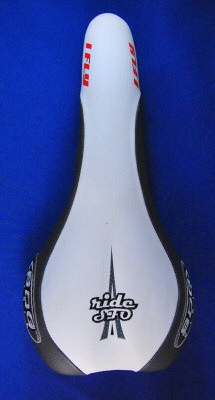 SDG also offers companies the ability to customize SDG saddles and you can purchase specialty marked saddles through companies like RideSFO, Mongoose, GT, and Commencal to name a few. 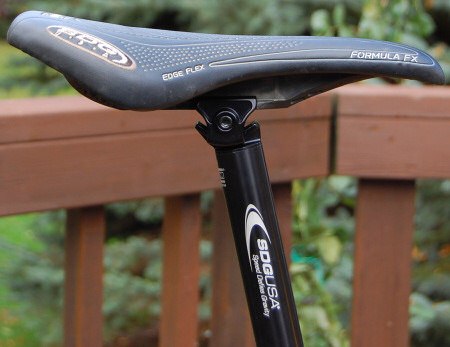 In our testing of these saddles they proved to be set and forget which was quite nice. They were silent in operation and there wasn’t any annoying creaking. Setup was quite easy to initially adjust to any angle. Tightening the micro post was easy with only one bolt operation. A good torque is required to get the post and seat play-free. To re-adjust the seat however requires unwedging the I-Beam clamp and as such micro adjustments aren’t quite as easy as some railed systems. There aren’t any angle markings either so re-adjusting / tweaking slightly can be a bit harder than it could be.

The I-Beam offers a lot of benefits to all bikers. Sometimes bikes require a unique setup and the I-Beam ensures maximum adjustability with their system. Additionally, there is no rail to bend in the I-Beam system which is often important in a DH/FR/AM bike. The Formula FX saddles offer a very compliant ride that mimics the flex cavity of a railed saddle immensely well.

There are some small nuances with setting up the saddle once the wedge is set but overall it’s a very nice system that we have no problem recommending to anyone. If you’re looking to purchase any of these SDG products online check out rideSFO as they’ve got the full selection of SDG products available for well below MSRP.