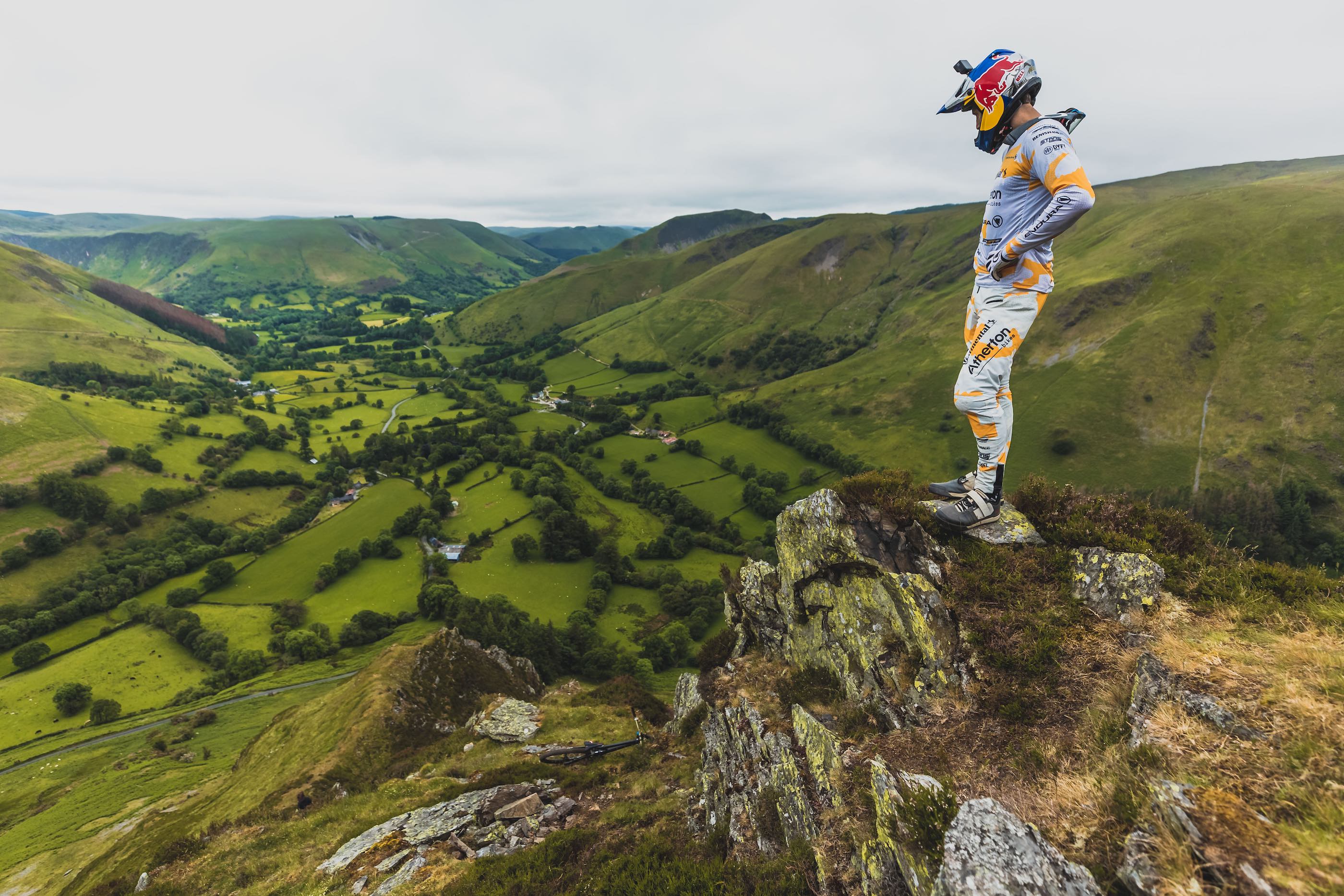 Gee has been inundated with questions about his rehab regime and was inspired to make this video, we hope it encourages some people recovering from injury.

After suffering a gnarly crash it’s great to see Gee Atherton making strides in his recovery.

On Friday 18th June, Gee Atherton was filming “The Knife Edge” near Dinas Mawddwy.It was to be the third edit in his spectacular big mountain series which kicked off in December 2020 with “The Ridgeline”; but a moment’s miscalculation led to disaster whenGee plunged over 100 feet down a slate outcrop. Gee said “This was the biggest crash of my career, and I’ve had a lot of crashes!

Rehab and return to sport are always a huge challenge after an injury, add to that multiple major trauma and it makes it one of the biggest challenges any athlete will face in their life time.”Gee bounced off the cliff with such force that he broke his femur, radius, ulnar, 6 ribs, his nose and his eye socket.

He was severely concussed and punctured his lung.“The extent of my injuries forced me to change up everything when it comes to rehab, create new techniques, and work harder and longer than I ever have done before. It was apparent very early on that the usual routines were not going to be enough this time.

We started physio earlier than we have ever done before to give us better chance of 100%recovery, this is only something you can do with a team around you that you absolutely trust. I’ve worked with Doug Jones at Altius for a long time, he’s pushing me further than I would have dared myself, I know that I can trust him and his team entirely.

The enormous amount of support that I’ve had and the huge number of questions about what and how to rehab various injuries has inspired me to put this edit together to showcase what we are currently doing in the recovery process–I hope it’s helpful.”