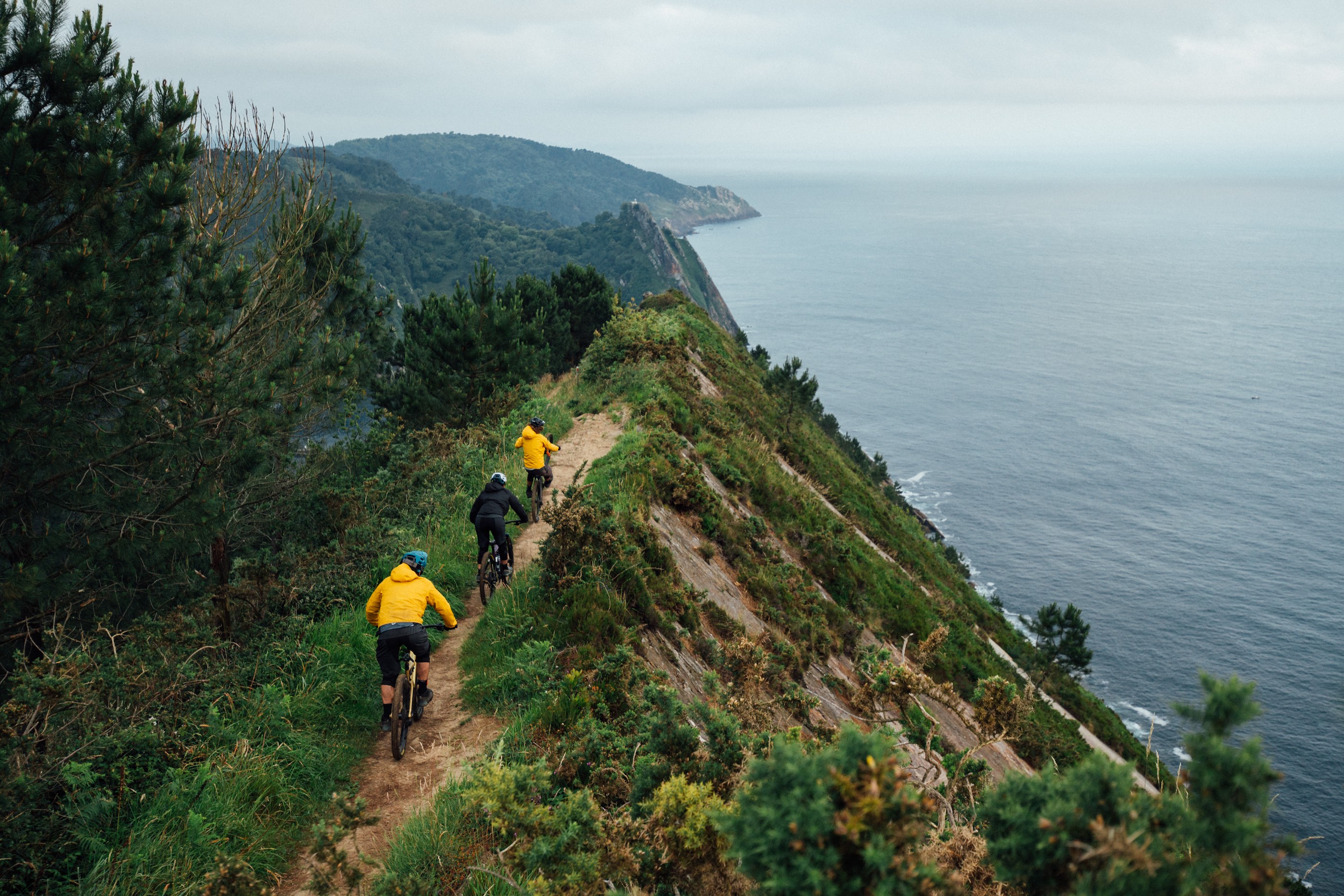 From Oak To Anchor | TRAIL TALES

FROM OAK TO ANCHOR

The Basque history stretches its roots way back into the mists of the past, and nobody can say where it started. We know that the language, Euskera, is one of the very few unique languages in the world, that it has survived many challenges, and that it is still widely spoken today. We also know that the Basques were whalers and fearless seafarers as much as they were shepherds and farmers. We don’t know when they started whaling, but we do know that they ruled the sea trade at the end of the middle ages. In the 15th century, around 80% of the boats docking in Bristol (UK) were Basque and they were laden with iron ore, whale oil, wool from Castile, and Bordeaux wine.

The Basques needed strong boats to survive the savage seas in the Bay of Biscay, and the land provided the perfect materials. The Basque mountains held plentiful iron ore deposits, plus forests for the charcoal to refine it. Additionally, the Oak and Beech forests provided strong wood. Chance also plays a part, and sometime around the 9th century, an encounter with the Vikings taught the Basques a better way to build solid and fast boats. Making full use of both their natural resources and knowledge meant that the Basque shipbuilding technology developed each year until they dominated the worldwide shipbuilding industry.

Of course, such an industrial history leaves traces on the land and today you can still ride the old trails which start high in the mountains around the coast. The tight, twisting trails which carried charcoal down the mountains are easily recognized by the regular punctuation marks of charred earth where wood was converted to charcoal through the centuries. The Iron trails are wider, with gentle twists and turns, often passing through tunnels in the mountainside. On these trails, the iron ore was mined and hauled down the mountain with horse and cart, and later with small trains.

These trails are still used and maintained by the local biking community, offering fantastic adventures deep into the Basque mountains. Trails that have been eroded into the hillside over many centuries offer bikers leafy toboggan runs through the beautifully preserved oak and beech forests leading down to the coast. The historic use of the trails gives them distinct characters and, while it is true that many bikers are more concerned with the ride than the history, these different characters offer us a glimpse into the past.

The iron and charcoal trails meet at the coast where the iron ore was turned into iron and steel using the heat from the charcoal. But the trails don’t stop there. From the coast, they fan out, following the whales and the trading routes out across the trackless expanse of the ocean. Here the trails are harder to follow, but not impossible. Historians can track the Basque ships using old records and also the traces of the language left on the people of distant countries. In this manner, we know that the Basques ventured to Norway very early in their history, and from there to Iceland. By the 16th century, the fearless Basque sailors were regularly crossing the Atlantic to trade with Canada. At the end of the 16th century, it is estimated that five thousand Basques were sailing across the Atlantic each year, without charts, and making peaceful trade with the native Americans. It is notable the Basques didn’t suffer from scurvy during these voyages, something that was still killing British and French sailors almost 200 years later. This has been attributed to their liberal consumption of cider during their voyages, an affinity which you can still find today in any bar in any part of the Basque country.

So, the trails which start high in the Basque Mountains lead down to the coast, and then from there spread out across the Atlantic ocean as far as Canada. It was one of these trails which we follow today, the trail of the ship, “San Juan”. This trail probably started in the mid-1500s when a tree was felled and turned into planks. At the same time, iron ore was dug out of the ground, and charcoal was made high on the mountain. These three ingredients followed our trails down the mountain, through tunnels, over bridges, through the forests to the coast. Here they were worked by some of the most skilled craftsmen in the world, and slowly the San Juan was built. She was 52 feet long, 240 tonnes, and boasted 3 masts and a crew of 60 hardy Basques. She set sail in 1565, following the elusive Right Whale across the merciless Atlantic Ocean all the way to Newfoundland. Landing here the sailors traded with the native Americans, taught them some Euskera, and turned whale blubber into oil. It was here where disaster struck, in the form of a storm, breaking the anchor chain and sinking the ship in the cold waters of Red Bay, Newfoundland. And there she lay for more than four centuries until she was discovered in 1978. Thanks to the cold waters and covering of mud the boat was perfectly preserved and over the next 30 years a team of scientists worked relentlessly to carefully raise parts of the boat, model them and replace them in their watery grave. 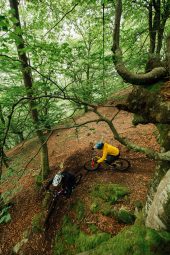 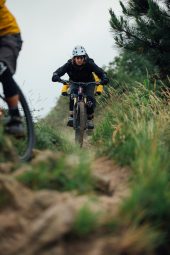 As an interesting note, the sailors all survived and returned to the Basque Country where they filed the first recorded maritime insurance claim, which was successful and they were all paid for their adventure.

Albaola is the Basque foundation founded to rebuild the San Juan, using traditional methods and local materials. Work started in 2013 when local trees were selected and felled, local iron turned into nails, and local artisans began the painstaking process of rebuilding the San Juan using ancient techniques that have almost, but not entirely, been forgotten. Once complete, the boat will follow the old trails once more, searching out the far side of the Atlantic in a recreation of that fateful voyage of 1565. In the meantime, the local bikers will continue to ride the trails, which twist and turn from the Basque mountain tops to the Atlantic shore, from where the tracks continue across the waves to distant shores, but we cannot follow.

Check out Geoff Gulevich’s Trail Tales as well if you haven’t seen it yet on the North Shore.