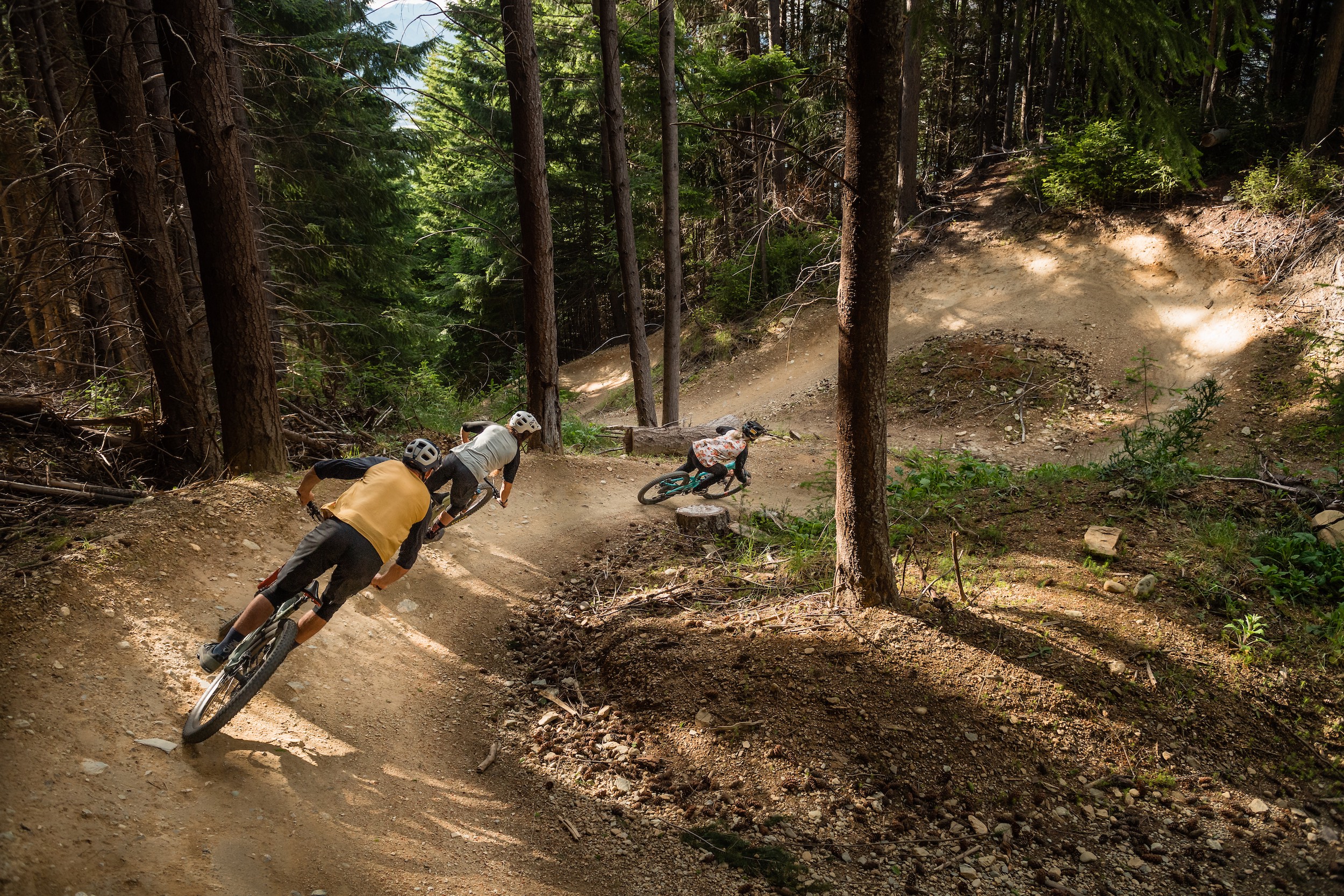 WHISTLER, BC, September 8, 2021 — Summer in the Southern Hemisphere is about to get next-level. Crankworx has today announced the addition of a summer race series on the South Island of New Zealand. The multi-stop mountain bike festival will see international and local riders explore the varied terrain of Central Otago, Queenstown and W?naka, known for epic vistas and world-class mountain bike tracks. The Crankworx Summer Series New Zealand will bring Crankworx-caliber racing, with a grassroots vibe, to destinations outside the usual World Tour. The series will give up-and-coming riders and locals the chance to mix, mingle and drop in with some of the world’s best mountain bikers.

“I’m super stoked to be heading to these unique riding destinations,” said Keegan Wright who’s set to race alongside his international and local peers. “With each spot having totally different terrain to the other it’s gonna make for awesome racing. I’m looking forward to getting to share these times with all of the Crankworx family! Can’t wait to kick the New Zealand summer off in true style. STOKED.”

The Crankworx Summer Series New Zealand 2021 will kick off on November 27 and run through December 12.

Two events (Queenstown Pump Track and W?naka Dual Slalom) will be live broadcast on crankworx.com during the series, with photo and video highlights available of the other three events.

The all-stars on deck who’ll be all-in and ready to throw down include:

For those looking to get amongst, there will be race categories for Pros, Amateurs and CWNEXT racers. Details will be released soon, with registration open as of Monday, September 20. Those keen should keep their eyes locked on @crankworxrotorua on Instagram for details.

Prizing will be awarded for each event, with overall titles awarded in the Pro category at the end of the series.

For spectators who want to watch it all go down, the Crankworx Summer Series New Zealand will be free to attend.

Crankworx Rotorua’s Event Director Ariki Tibble explains: “Crankworx has played a key role in raising the profile of Rotorua as a destination over the past 6 years. The mountain biking scene has taken off, and seen us become a key destination on the list for riders, from families to avid riders and the world’s best. We know how powerful this has been for the region, and this is the first opportunity we’ve had to unlock these benefits for other regions in our country. The mountain biking in Central Otago is out of this world, not to mention its world-renowned scenery and epic summers. It’s inspiring to see young people riding alongside their heroes and appreciating the trails we have in our own backyard. We can’t wait to bring a grassroots version of our Crankworx Festival to Central Otago.”

“We are proud to have been able to support the Crankworx Summer Series, enabling it to take place in 4 locations throughout the region” adds Murray Strong, Southern Lakes Events Investment Panel Chair. “The region’s biking facilities have had significant investment put into them and the Crankworx Summer Series will be a fantastic way to showcase what the region truly has to offer for all levels of biking enthusiasts”.

Darren Kinnaird, Managing Director of Crankworx, continues: “I’m thrilled to see how the Summer Series concept has taken flight in New Zealand. This idea of the ultimate mountain bike road trip was born in British Columbia last year. It created such a great opportunity to bring a taste of Crankworx to different locations and get athletes out racing in different places outside the Crankworx World Tour circuit. I can’t wait to hit the road after Rotorua and bring the action to these other iconic riding destinations and take the world along for the ride.”

For more information on the Crankworx Summer Series, visit: crankworx.com/festival/crankworx-summer-series-new-zealand/

Get all the details of the 2021 Crankworx World Tour, with updates to come about both Crankworx B.C. (September 22-October 2) and Crankworx Rotorua (November 1-7), and stay tuned for more details about the inaugural Crankworx Summer Series New Zealand 2021: crankworx.com

The Crankworx Summer Series (CSS) kicked off in British Columbia in 2020. 2021 will see the multi-stop mountain bike festival bring the world’s best riders and the Crankworx vibe to Central Otago. The region sees the best of NZ summer and is earning its place on the global mountain bike map with terrain and tracks to suit every rider, from beginners and families after a cruisy lakeside trail to avid riders looking to test their limits on the rocky alpine tracks.

About the Crankworx Summer Series

The Crankworx Summer Series (CSS) brings together races staged in new, epic destinations on world-class tracks. Multiple stops are strung together to create the series, which turns it into the ultimate mountain bike summer roadie. CSS races bring Crankworx-caliber competition to communities outside the usual Crankworx World Tour circuit. Races and competitions give local and up-and-coming racers a chance to race with national and international heroes, providing a path to potential future Crankworx World Tour greatness, and a real good time along the way.