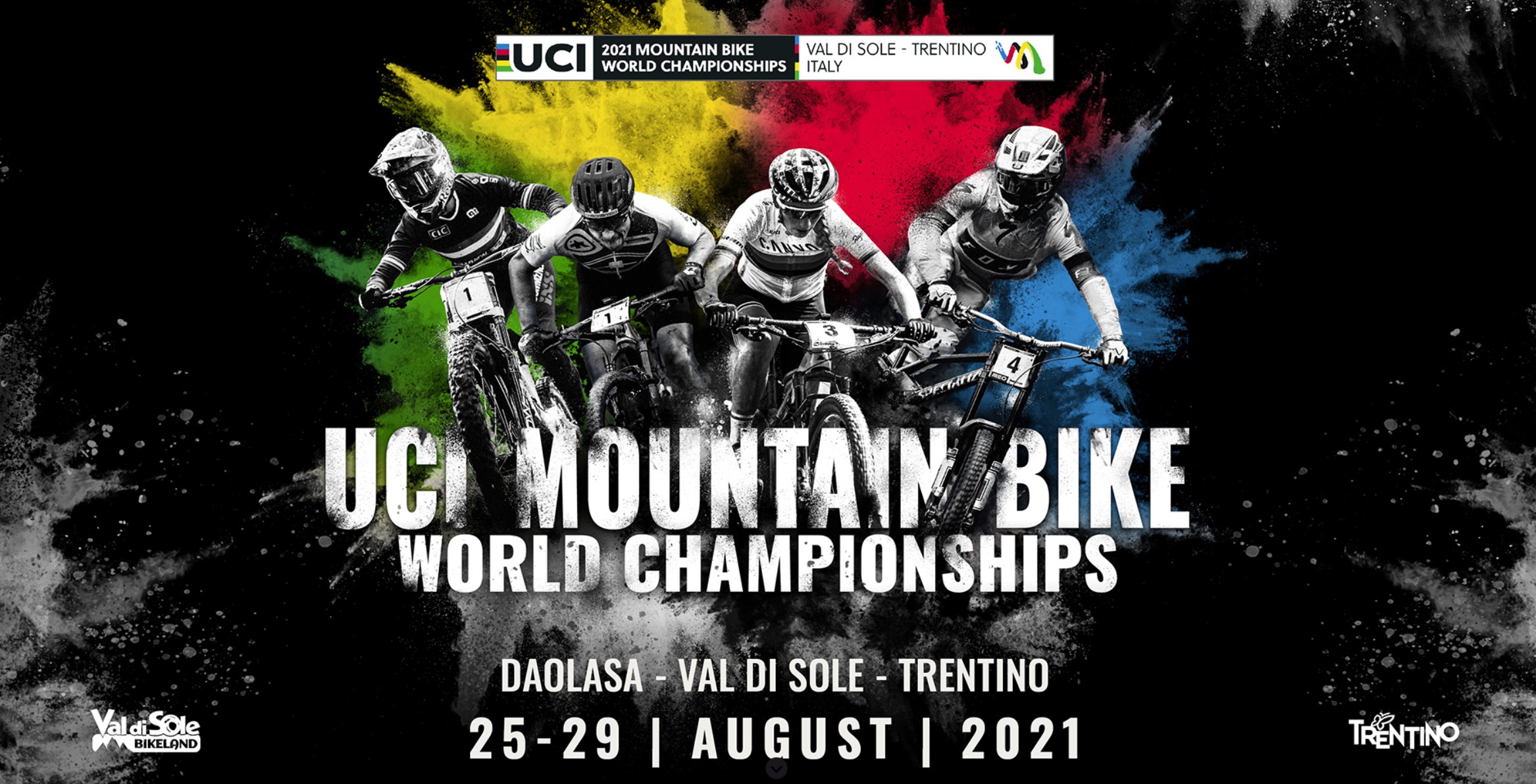 The World Championships are coming to Val Di Sol in just under a month. Check out their video teasing the terrain that will be used for six different disciplines including Downhill, Cross-Country, Team Relay, Cross-Country Short Track, E-MTB and Four-Cross.

In one month, the UCI Mountain Bike World Championships will be back in Daolasa di Commezzadura, Val di Sole (August 25-29). The third edition of the World Champs in the valley in the last 13 years represents the restart of a territory that starts savouring normality after a difficult season.

It will be a record-setting edition of the World Champs in Trentino, which will assign titles of six different disciplines for the first time in history: Downhill, Cross-Country, Team Relay, Cross-Country Short Track, E-MTB and Four-Cross.

The 2021 MTB World Championships will be in the name of water, a symbol of a territory that makes sustainability its hallmark. In addition to characterizing the Worlds official logo, water is a protagonist of the new official video of the World Championships, realized by director Joe Barba.

If you missed the Val Di Sole video with Troy Brosnan on the Black Snake trail check that out as well!