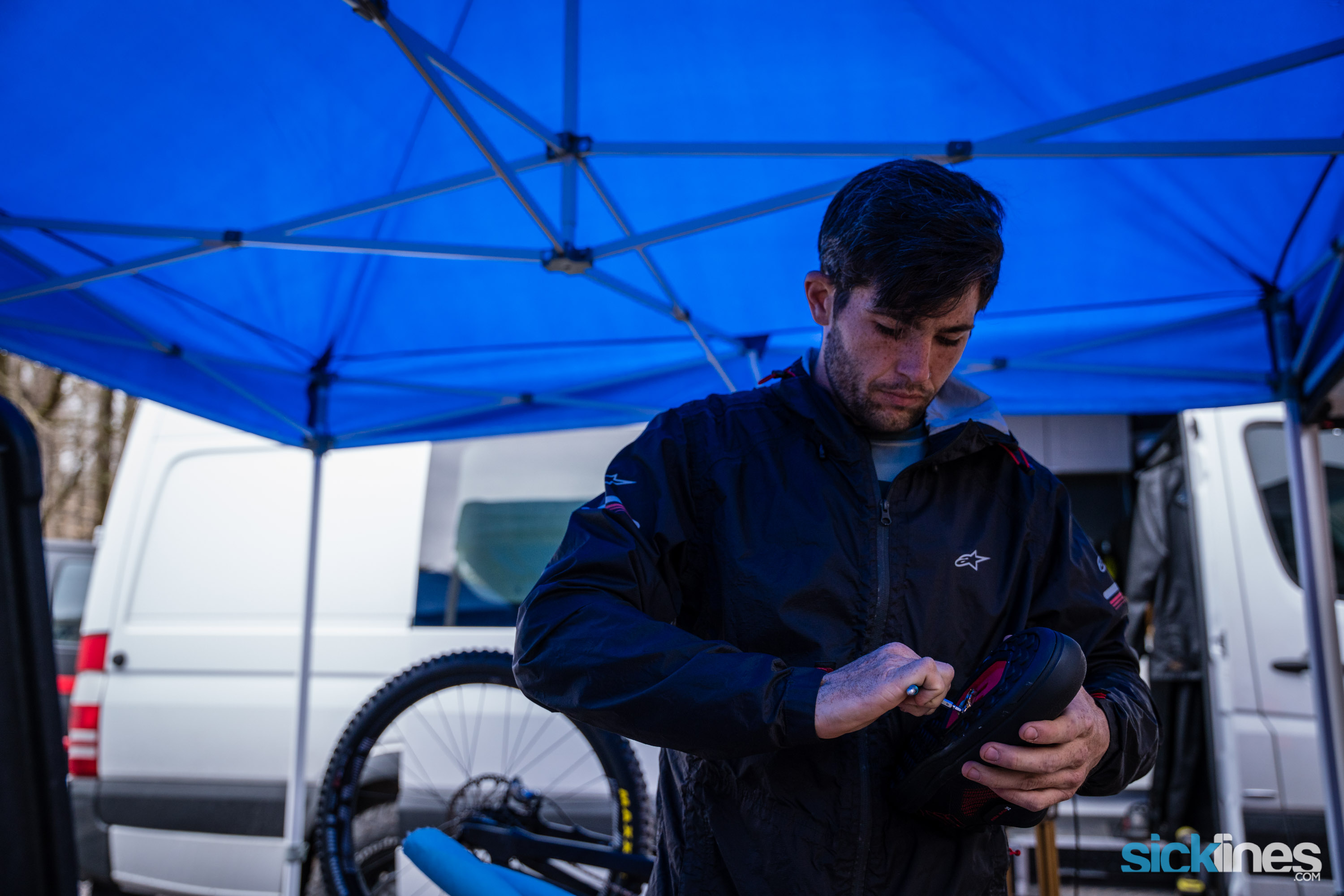 After seeding on Saturday, racers came back to the mountain to go for the national title. The hot seat never got too comfortable for the Pro Women’s event, with a constant flow of riders going fast and faster. Junior Women 17-18 champion and third place in the Pro Women’s race, Ella Erickson (Hayden, Idaho; Commencal USA Jr Cartel) proved that she’s on track to race at the international level later this year. Silver medalist Caroline Washam (Mooresville, N.C.; LIV Racing | SRAM | RocksShox) improved upon her 2019 placing of fourth to add another medal to her collection. Top-seeded rider Skelton dominated the track, finishing her run in a time of 4:05.89, 12-seconds in front of the pack.

“I felt this track was very strategic. It was always evolving. You really had to hit your marks, and trust that. The lines were either going to be different, or they were going to be the same, and you had to stick to that line,” said Skelton about the course. “The race runs are always a little looser than your practice laps, so you got to keep yourself motivated, breathe, and make it happen.”

“It was a stressful weekend for me. I definitely thought I had the speed to win,” Norton said about training leading up to the event. “Not often am I in the situation where I believe I can win. And that’s a different mindset for me. After qualifying, I felt like I put a pretty good run down, and I knew that I had more in the tank for the race. I’m so just happy to stay smooth and hold it together and do what I came here to do.”

After seeing impressive performances all week, the pros brought it home. For the Elite Women’s Short Track, newly crowned U23 Cross-Country National Champion Blunk rode away with Gwendalyn Gibson (Ramona, Calif.; Norco Factory Team) with just a few laps remaining in the race. After making some decisive moves before the woods, she went on to drop Gibson and win gold. Swenson prioritized being at the front of the race all day. After he threw down one of the fastest lap times of the day on his very last lap, he went on to ride solo across the finish line and complete his weekend with two big wins.

“It feels awesome. This is my first Elite national championship. I’ve looked up to everyone in the elite category my whole career, and it’s just super awesome. The race was super tactical. The course had a lot of single track and was pretty technical actually, I tried to be pretty smart and hang back, not push a lot of wind because we had a lot of headwinds. In the last lap, I kind of had a little punch and got a little gap at the top. Next weekend I’m headed to Belgian Waffle Ride – a 130-mile gravel race, so very much outside of my comfort zone, but I’m very excited for the challenge”, said Blunk when asked about her fantastic performance this weekend.

In the Junior Women’s 17-18 Short Track, Ruth Holcomb (Durango, Colo.; Bear National Team) had a standout performance. Holcomb outrode her competitors and went two for two in both endurance events this week. “It’s really exciting. This has always been a goal of mine. Finally getting to the start line and winning both races, it’s been kind of a dream come true,” said Holcomb. She’ll also be competing in the USA Cycling High School Festival starting tomorrow.

You can find the full results HERE.