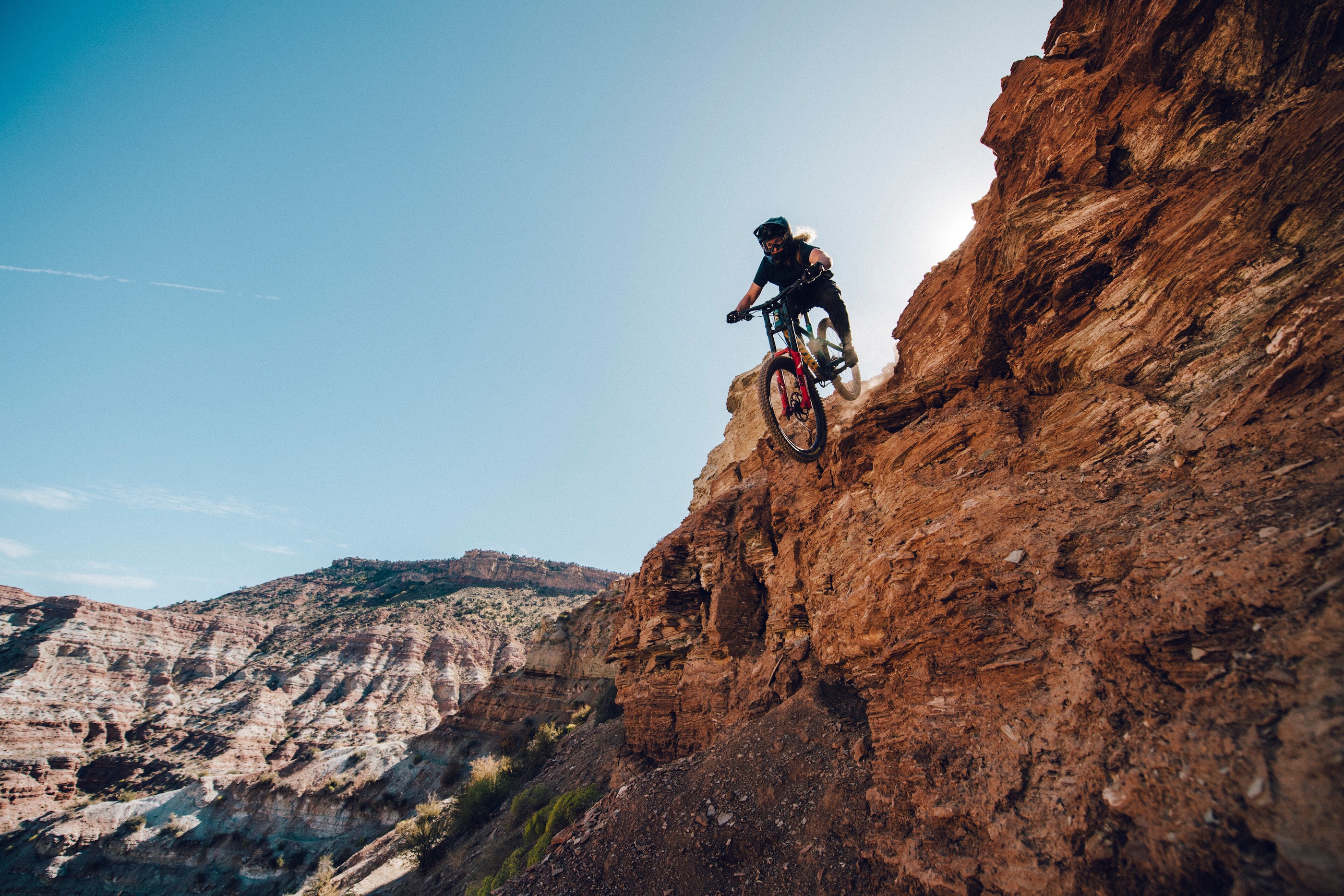 What is Red Bull Formation?

The freeride mountain bike event is paving the way for female riders aiming to compete in freeride terrain at Red Bull Rampage territory in Virgin, UT.

INTERVIEW: Bergemann on the importance of Red Bull Formation

Hannah Bergemann is laying a path for the next generation of female freeriding talent in the world of mountain biking.

As part of the inaugural Red Bull Formation event in 2019, the 24-year-old American is now back for the second edition in 2021 (May 24th – June 1st) alongside the likes of Casey Brown, Vaea Verbeeck and Vinny Armstrong.

Akin to Red Bull Rampage as an event, it takes place over a week and sees eight riders travel to Utah, create top-to-bottom lines and compete. Ahead of the event, Bergemann spoke about her ambitions for this year and the future.

Why are events like Red Bull Formation so important?

Events like this are so important for progressing the sport of women’s freeride mountain biking. It’s the first of its kind in that there hasn’t really been a female-focused freeride event before.

It’s comparable to Red Bull Rampage in that it’s in a similar venue with similar goals of riding that style of mountain biking, but it’s not as competitive as Rampage, it’s more collaborative. We all get together to work on what we’re building and riding and really focus on that aspect of the sport. The event is super-important for pushing women’s freeride in a new direction it provides the up-and-comers with something to look up to and get excited about.

Why is it so important to focus on inspiring the next generation of female riders?

It’s been pretty rad to see all the positive feedback we got from the 2019 event. All my male friends have been stoked on freeride for a long time, because they grew up watching Rampage, but there hasn’t really been an event like that for women.

Supporting the next generation is one of my biggest goals. Having this opportunity to have sponsors and have this platform, I just want to use that to pass on what I’ve learned. The girls I work with are progressing at a crazy rate and are super-excited and proving that the up-and-coming female riders are going to be charging super-hard. I think there are going to be lots of women who have the skill set to participate in these freeride events.

Why is investment at this level so important?

It benefits everyone; the more brands want to invest in women’s freeride, the more women riders want to participate and the more return the companies will get. But companies need to put the support in to get it going and start building a platform, which is what Red Bull has started to do with Formation. It seems to me that Formation has had quite a big impact already. I’m seeing a lot more girls being stoked on freeride and a lot more media of women riding.

I’m lucky to work with Transition Bikes in Oregon. They brought me in last year in this really cool role, where I’m an employee and an athlete, which is pretty unique because I get the flexibility and support of an athlete’s schedule, but I also get the resources of working directly for a bike company. I get to have a voice in decisions that the company makes and that’s great.

This year there are more female riders participating and we also have a full female-led media team, which is pretty cool. My plans are to go with the same goals in mind as in the first year – building a line that challenges me and hopefully getting to collaborate with other athletes to build and ride some really cool stuff.

Which riders should we be looking out for this year?

Tahnée Seagrave is someone I loved working with and have worked on other projects with, but she couldn’t make it back this year because the UK travel restrictions were too strict. I’m also excited to work with a bunch of new girls.

I do quite a bit of coaching and it’s cool to see girls take inspiration from events like Red Bull Formation and I have some plans to hopefully host more events in the same style. I want to hold a female-focused jump jam conniving this direction of providing opportunities for more women to pursue riding as a professional career.