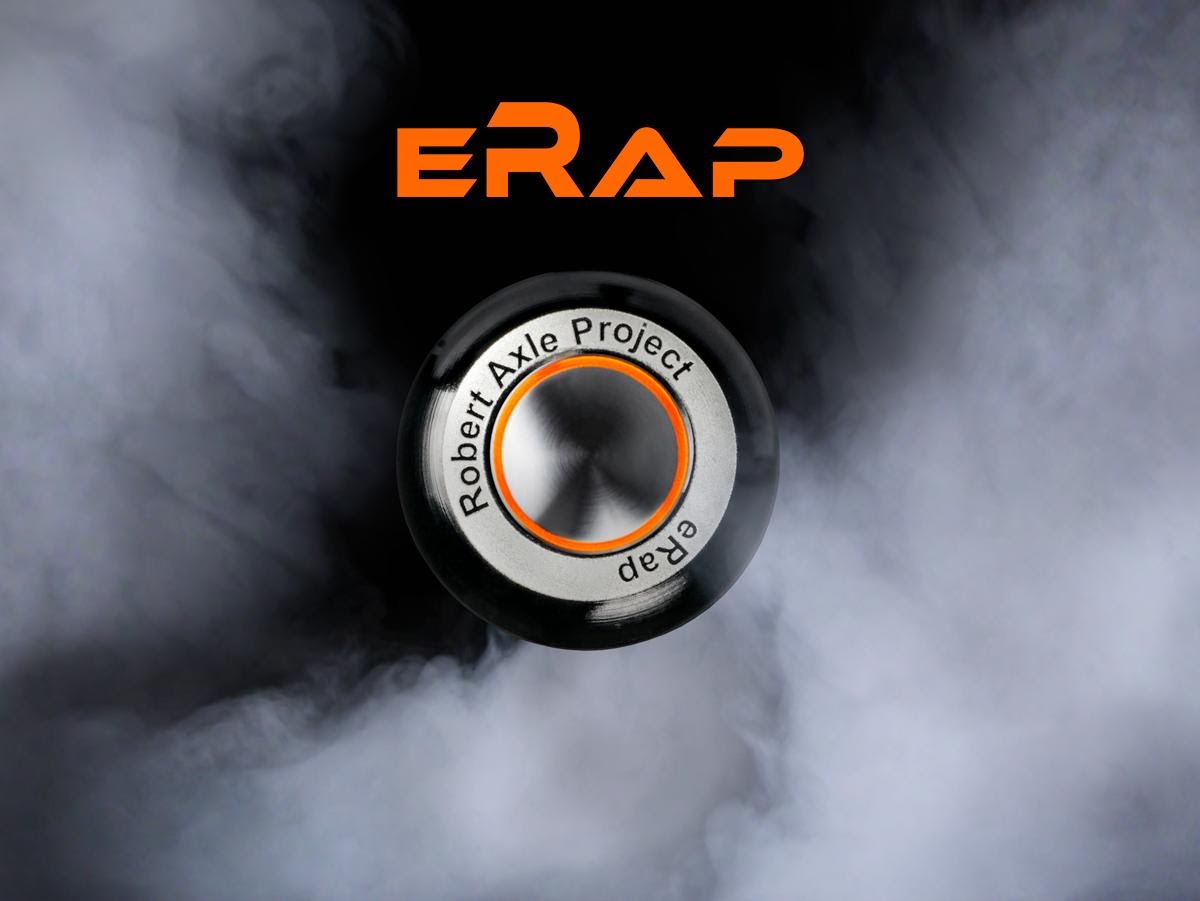 Tired of having to thread your axles into your bikes? An innovative solution is finally available to fix this challenge from the Robert Axle Project.

We have reviewed their standard lightning replacement axles which you can get in a wide range of sizes to fit just about any bike with a thru-axle and this new one, oh boy!

The Robert Axle Project has eliminated the need for tools with the press of a button. Enter, the eRap Thru Axle, the world’s first self-threading and ejecting thru axle.

Inspired by the initial launch of SRAM eTap, the Robert Axle Project began development of the first wireless thru axle. After 4 years of development and testing, eRap axles are ready for the world stage and the most rugged environments on the planet. The initial release will be for their Lightning series axles with their Trainer, Cargo Trailer, and Kid Trailer axles to follow soon.

The eRap thru axle works at the push of a button. Simply line up the wheel, slide the axle into place and press the LED lit button. The axle will immediately come to life as the threads begin to spin and pull the axle the rest of the way into the frame, securing the axle to a precise 12nm (+/- 1%) thanks to the built-in torque sensor. No need for a handle, or tools!

In addition to the increased convenience, RAP is touting an aerodynamic benefit of 0.5 watts due to the hex hole being replaced with a smooth button. For those riding at night, the orange LED ring increases side visibility. Robert Axle Project has filed multiple patents for the technologies they have developed and employed in this revolutionary axle. They report that four patents have already been granted and one is still pending.

Chris at Robert Axle project admits that early on there were some challenges with accidental removal. “More than a few times during testing, we would set our bikes down and the button would get pressed by a rock or stick, causing the axle to remove itself. The first few times we didn’t notice until we tried to ride away and the wheel fell out.” Robert Axle Project has since added two safety measures; the first is that the button must be pressed and held for 2 seconds before it begins to eject. The second is an iPhone app (sorry, Android app not available yet) that includes axle removal notifications. Future updates to the app will include security features to disable the use of the on axle button. Unfortunately RAP says that these security updates will come with a $41 per year app subscription to cover the hosting costs.

The eRap axles are also ANT+ compatible so users can see live torque settings from their Wahoo and other popular cycling computers as well as use them to install and uninstall the axles.

Now if you’re asking yourself how long the battery lasts, there’s no need to worry. The axles are self-charging when ridden and can hold a charge for 30 days between rides. If the battery does die you can ride the bike to recharge it or send the entire bike to RAP for removal.

The beauty of these axles doesn’t stop there. After reducing the size of the electronics as much as possible, RAP found they had a bit of extra space inside the axle so they have filled it with inert gas to prevent corrosion. They claim the axles are fully waterproof and ready for rainy cobbles, cyclocross, and even the downhill world cup. That inert gas is also lighter than air and reduces the axle weight by 2g!

eRap axles will retail for $420 for a pair. Orders are open now at robertaxleproject.com. Axles will begin shipping on 4/1/2021

For more info or to become a dealer, Email [email protected]