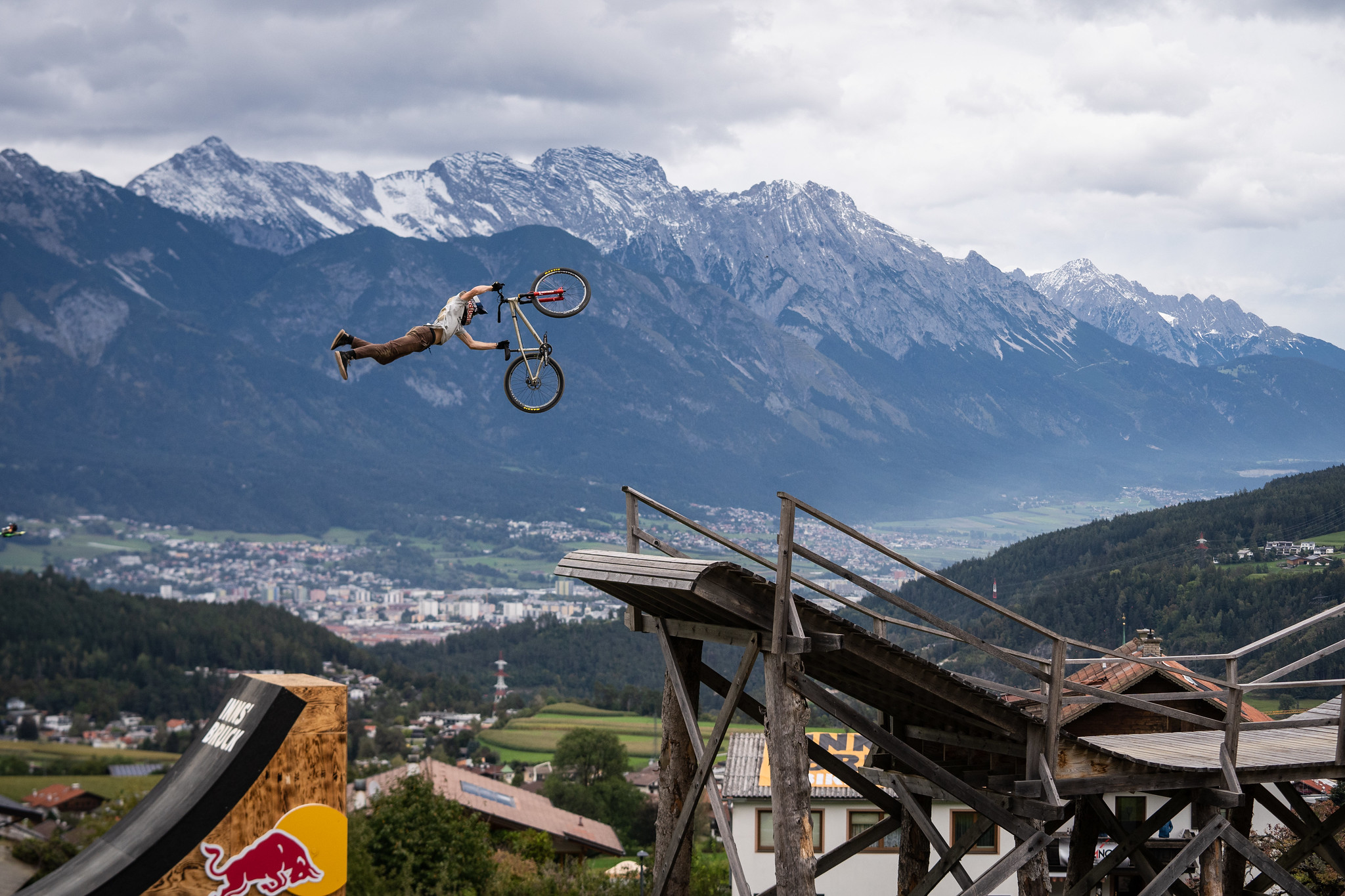 WHISTLER, BC, March 10, 2021 — Hey, 2021. Crankworx is back and is inviting the best in the world along for the ride. Today, the world’s largest mountain bike festival officially puts its first stake of 2021 in the ground. After two successful made-for-TV festivals in 2020, was there ever any doubt?!

Crankworx Innsbruck will return to its spring home in the calendar, launching from Bikepark Innsbruck for the fifth year, June 16-20.

On offer will be five days of racing, competition and good times in the mountains with friends, featuring the world’s best mountain bike athletes from different disciplines.

The action will kick off on Red Bull TV 14 weeks from today, with five live broadcast events bringing the action to fans around the world.

The Official European Whip-Off Championships will also be back (after being snowed out in October 2020), with highlights available after.

Crankworx.com is the home for all things Crankworx Innsbruck, including event info and schedule, athlete resources, volunteer info, and more: https://www.crankworx.com/festival/innsbruck/

2020’s Crankworx Innsbruck saw a field dominated by riders who opted to base themselves in Europe for the condensed racing season, meaning some mainstays of Crankworx competition were missed by fans watching #CrankworxFromHome.

“I missed being in Innsbruck so bad!” says Nicholi Rogatkin, who was absent from his first Crankworx Slopestyle comp since 2014 because of the challenges of travel in 2020. “It felt abnormal not being there to drop in. I was out in Utah watching, so the event was in the middle of the night for me, but of course I stayed up to watch. I was getting hyped for all the boys putting down their runs! It feels really exciting planning a return to Crankworx in June. All of us Slopestyle riders thrive on preparing for contests all year, so getting my mind and body ready for Crankworx again is getting me super hyped. I’m most excited about the opportunity to feel the adrenaline of doing a contest run again! The nerves and butterflies before a run are always wild. And if the run goes well that feeling is unbeatable when you land the last trick. I’ve missed all of those sensations so I’m most excited to experience it all again! I’ve been working on all kinds of stuff as always! Hopefully I can show some new insane tricks in Innsbruck. We’ll see. But what fans can look forward to is an insane show full of action packed runs. I’m super hungry to throw down a crazy run and I’m sure all of the other riders are just as hungry! So it will be an epic show. Looking forward to it!”

As the best mountain bikers in the world start to prepare themselves for Innsbruck, organizers continue to work with local health authorities in the planning of the festival. The full scope of the event will be determined closer to June.

“We are planning based on what we know now, with the confidence that we staged two successful made-for-TV festivals last year,” says Darren Kinnaird, Managing Director of the Crankworx World Tour. “Being able to safely get athletes racing and bring some excitement to the world last year was awesome. As we hope things will start to trend in a positive direction, we are setting a strong foundation for the festival in June, with some exciting events for athletes to compete in and for fans to follow along with from home. We’re remaining flexible as we get deeper into 2021 and leaving space to add layers as restrictions allow.”

Crankworx Innsbruck 2021 will offer amateurs a chance to race in the Dual Slalom and the DH. Registration will open for both pro and amateur categories on Thursday, April 15.

The lists of invited riders for Slopestyle, Pump Track and Speed & Style are set to be released in May.

The next update regarding Crankworx Innsbruck is planned for the 10-week-out mark, on April 7, 2021.

Full schedule and details for all live events to come during Crankworx Innsbruck 2021: crankworx.com