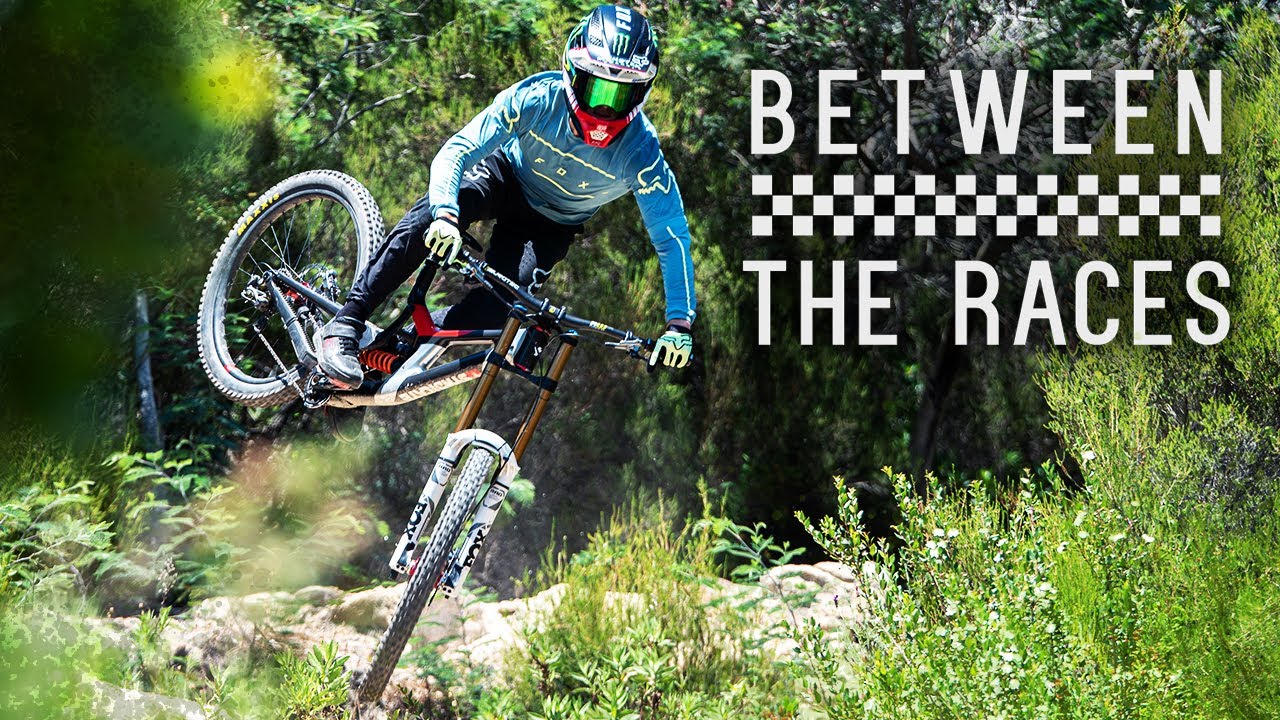 Monster Energy has a lot of professional downhill athletes on their program and inside they have a recap of what their riders get into behind the scenes.

We followed our elite athletes to their hometowns to find out what goes on outside of the race tape. From Australia to North America and Europe, we travelled the globe to get behind-the-scenes, unfiltered access to the greatest in the game.

Released as a series in 2019 and now with unseen footage and narration by World Cup legend Steve Peat, the full feature film Between The Races explores how varied each of the athlete’s lifestyle is away from the track.

We step outside of the pits and into the living rooms, home tracks and private lives of the professional racers to understand what it takes to make it on the World Cup. In a sport where time is everything, we slow it down to understand what makes these racers tick.

Find out what happens Between The Races…