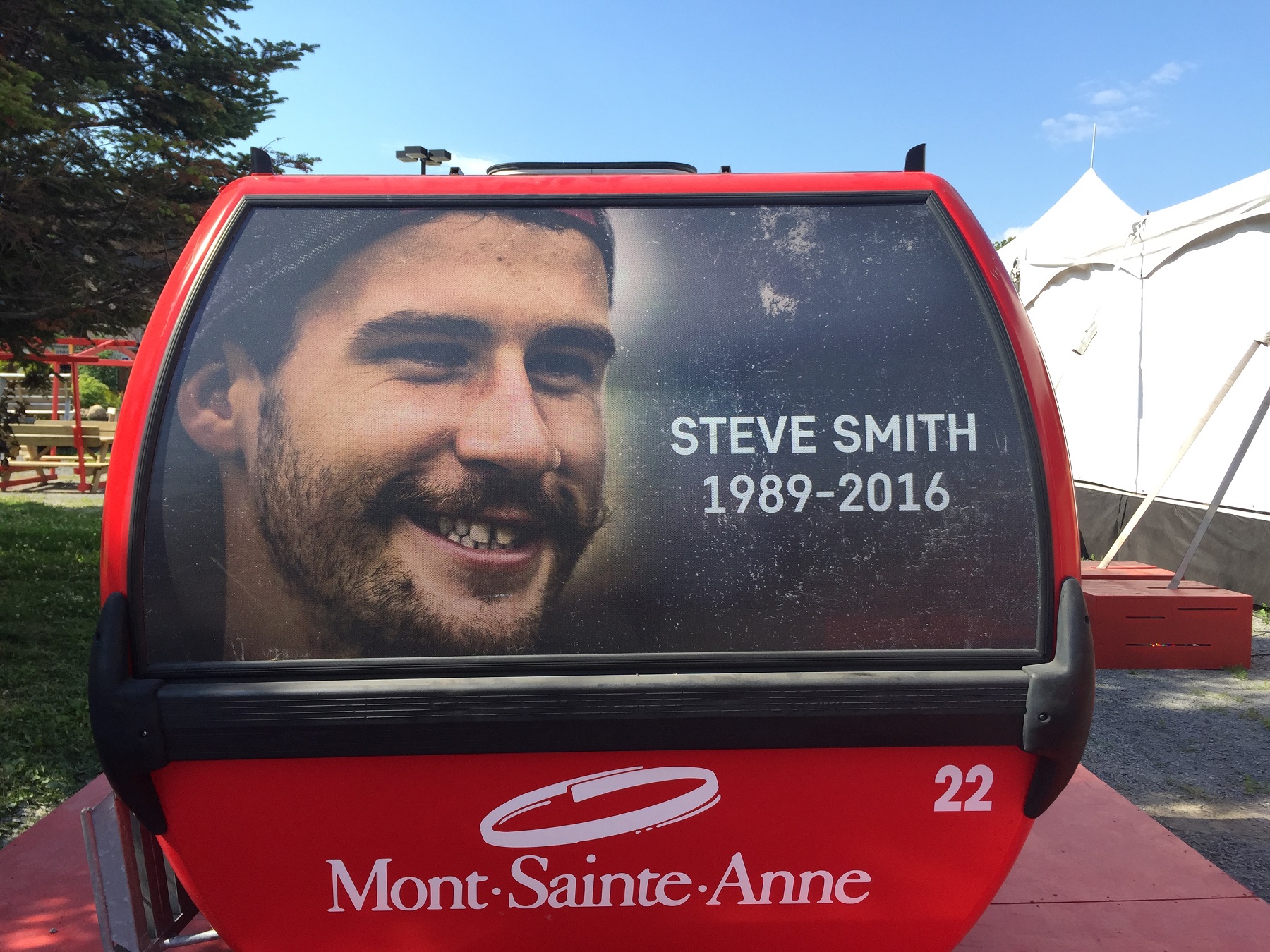 Steve Smith is a legend and passed away May 10th, 2016. Red Bull has put together a recap from his 2013 run at Mont Sainte Anne.

While there won’t be a Monte Sainte Anne World Cup race this year due to coronavirus (read the details here) you can watch Steve Smith’s run from 2013 below!

This summer, we remember one of UCI’s most iconic races, Mont-Sainte-Anne 2013. In particular, we remember Steve Smith’s legendary run!

Dominating a 2013 season, Stevie made history with his legendary MSA run to secure vital points for the overall UCI Downhill Mountain Bike World Cup win. Those points ultimately became extremely valuable during an upcoming battle in Leogang with Gee Atherton that year. Smith still stands as the last Canadian to win a World Cup at home.