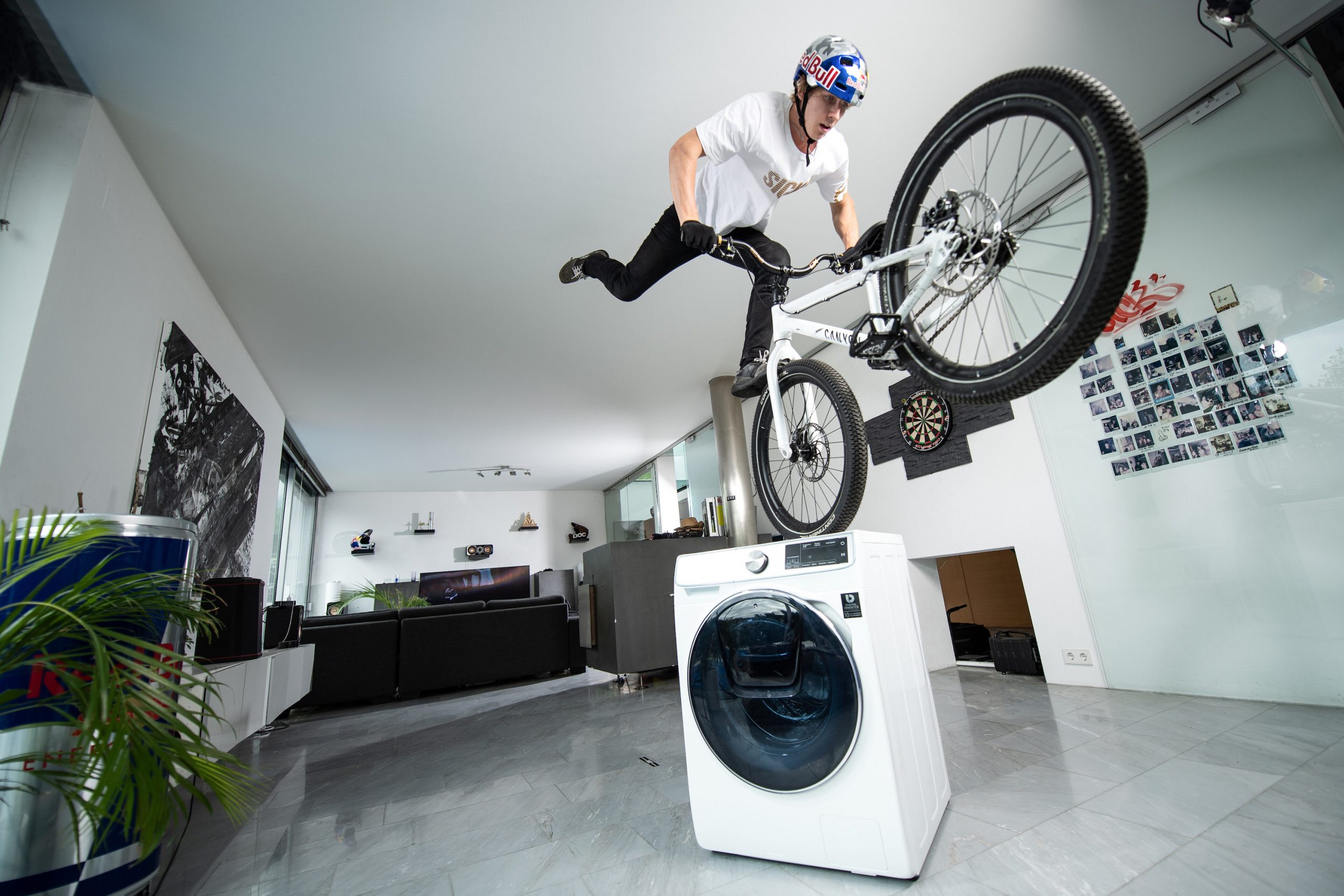 Fabio has a pretty sweet home office. Check out his trials skills in his latest video.

Here is all you need to know:

– Wibmer’s home office looks a little different than your average Joe: his office chair is his bike saddle and his job is to ride – with a scary roof jump just for starters.

– When 24-year-old Wibmer “works” from home, you can also expect backflip drops out of the window and skilful balancing on a self-built see-saw.

– Wibmer engages in the everyday life of his roommates during lunchtime or an afternoon yoga session as well as taking out the trash or helping with the laundry.

– Wibmer’s career has been fuelled in part by Scottish legend Danny MacAskill with Home Office showing similar dedication after being shot over four weeks.

– Wibmer, who has also done jaw-dropping projects like Wibmer’s Law since 2015, added: “We knew we wouldn’t be allowed to leave the house for a while, but we wanted to put something together which would let people take their mind off of things, even if just for five minutes – to put a smile on their faces.”