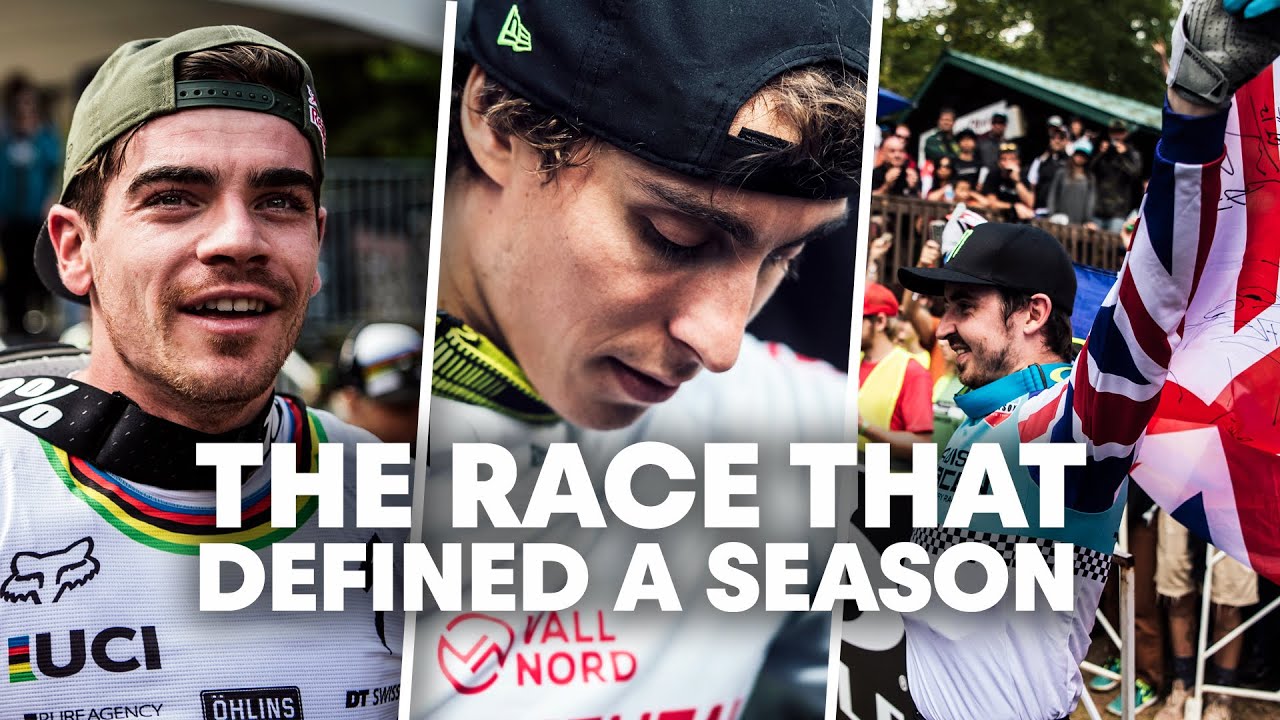 Last year at Snowshoe, WV there was a tight battle for the overall. Watch the Red Bull recap inside to relive this moment as the 2020 World Cup season is delayed.

The battle between Loic and Amaury came down to the final race!

Snowshoe, USA, September 2019 – a location and date that has secured its place into the mountain biking hall-of-fame. As defending 2018 UCI World Cup overall champion, Amaury Pierron, stepped into the start gate, he had to put down a ground-shaking run to secure the 2019 title. However, with 1222 points to his name, he needed fellow Frenchman Loic Bruni and current leader (1312 points) to finish outside the top 3.

After crashing out in qualifying (luckily, qualifying at this final round carried no series points), Amaury Pierron set off much earlier in the pack than his rival for the series win. And it was a trademark Pierron ride, blindingly fast and bordering on the impossible. Amaury attacked and attacked some more, hitting turns with both wheels drifting and launching fully committed into the dangerous rocks. It was a huge run that looked unfathomably fast; could anyone decode it? The wait in the hot seat for Pierron would be long and tantalising.

It was then time for Loïc Bruni to bite the bullet. Superbruni took to the course with enormous pressure on this last ride of the summer. Bruni rode the wheels off it. With the incredible performances of Pierron and Harrison before him, he had to. Assuming Pierron would take the win, Bruni needed to finish no worse than third to confirm his first-ever series title.

As he crossed the finish line, Bruni looked on in disbelief. He was sitting third and there was still one very fast man to go. If Danny Hart, who had blitzed qualifying, finished between him and Pierron, the title would be Pierron’s. Nobody could have predicted what happened next.

Hart has had a consistent run of results in 2019, finishing on the podium in all but one of the World Cup races before Snowshoe. But, despite qualifying first at Round 6 in Lenzerheide and also at the World Championships in Mont-Sainte-Anne, he had never found the speed to beat the field in finals. As Hart placed sixth for times at splits one and two, it appeared today wouldn’t be his day either. Sixth would mean the series was Bruni’s.

But suddenly Hart was up into second place at split three. This spelt disaster for Bruni, who now stood ready to congratulate his friend Pierron on taking the series at the last minute, literally. Hart was nearly a second slower than Pierron and looked set to equal his season-best second place from Round 1 in Maribor.

However, as soon as Bruni had seen it slip away, it was unexpectedly back in his grasp. Hart pulled a miracle and went fastest at split four by a slim 0.7 seconds. If he won, the points from second place wouldn’t be enough for Pierron to leapfrog Bruni in the overall standings. The wait was excruciating, and to make it worse Hart went through the speed trap at 54kph, a full 3kph slower than Pierron at this crucial moment before speeding towards the finish line.