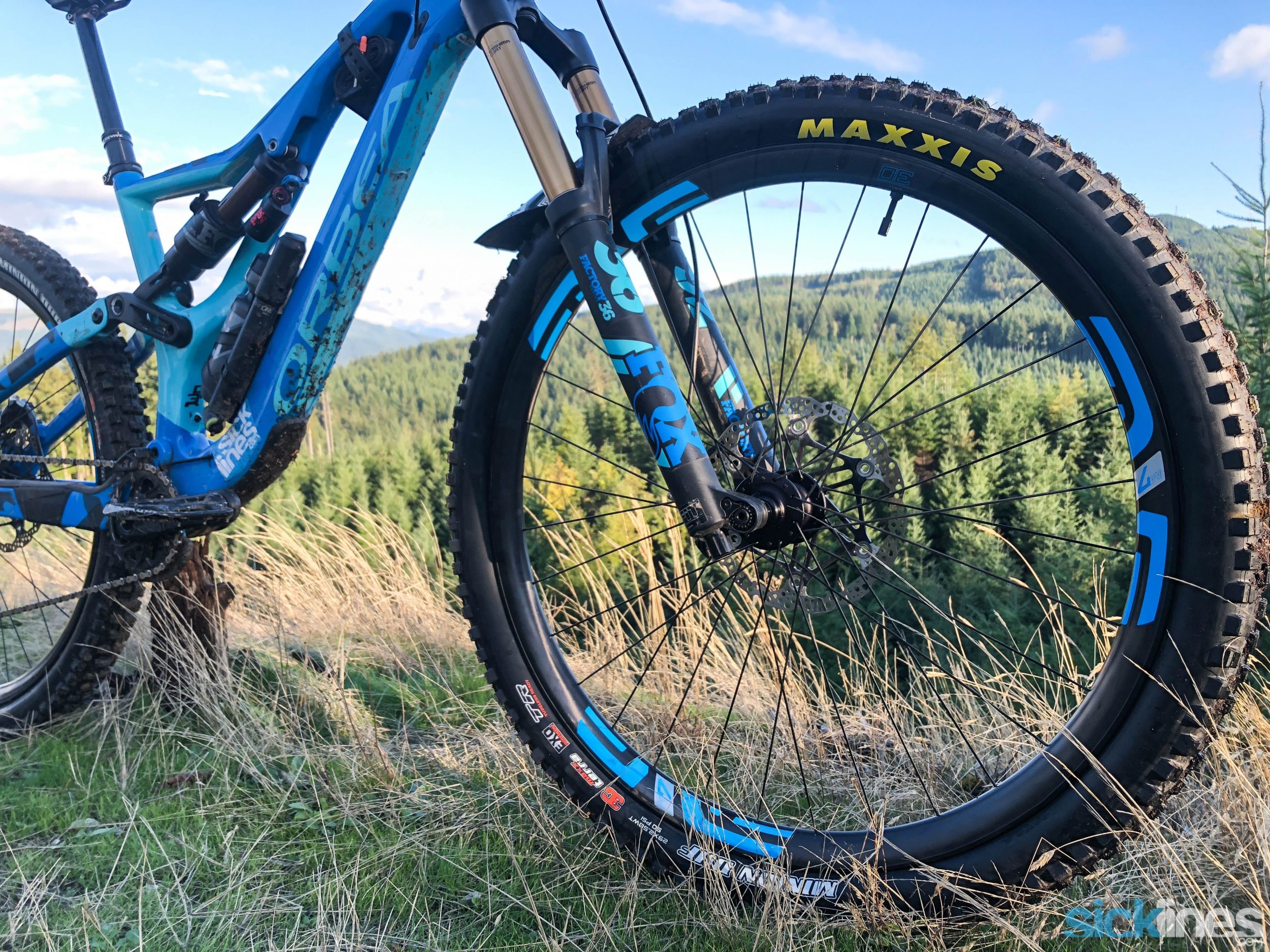 We just spent a full year on Enve’s high end carbon wheelset aimed at aggressive descending and enduro racing. From the slippery rainforests of the PNW, dusty August laps in the Whistler bike park, and wheel eating rocky descents high in the Pyrenees, we put these wheels to the test. The idea was to evaluate not just their outright durability but their impact on handling and traction. To be certain, Enve’s innovative technology to reduce flats, which we’ll get into later in the article, is worth a closer look. Read on to get all the details.

The M730 wheelset is Enve’s offering to handle aggressive descending on bikes with travel in the 130 to 180 mm range. It’s the wheelset you’ll see under guys like Cody Kelley on the EWS circuit. The rim is offered in both 27.5 and 29″ diameters. Both diameters measure 27 mm deep, 38 mm wide externally and 30 mm wide internally. M730’s are offered as a complete wheelset comprised of 32 Sapim CX-Ray bladed spokes and your choice of I9 Hydra, I9 101, or Chris King hubs as tested. Hub spacing is available in non-boost, boost, and super-boost configurations along with support for SRAM XD , traditional Shimano 10/11 speed, and Shimano Microspline (12 speed) freehubs. Finally, you’ll get to choose from one of 8 stock decal colors at no extra charge. If you pick up a set of these wheels you find a rim strip lever, tubeless valve stems, valve core tool, and a nice little bag to keep everything together all included in the box.

M730’s feature an internal width of 30 mm and are optimized for 2.3 to 2.5 tires. They also employ Enve’s custom rim strip which is their unique approach to preventing rim damage and flat tires. The rim strip wraps around the entire surface of the rim including overlapping the hookless bead to both protect the rim from rock damage and protect your tires from being cut against the rim. The rim strip doubles as your tubeless seal in place of taping up the rim which makes maintenance much easier. In the event you need to replace a spoke, the rim strip can be levered off the rim and re-installed in seconds. Much better than having to re-tape. It’s worth noting that the rim strip takes up some of the width of the rim, so the effective width that the tire sits on with the strip installed is slightly narrower than the 30mm the bare rim measures. Enve claims their design is the lightest anti-flat system on the market and at the moment, I don’t have any data to disprove that. 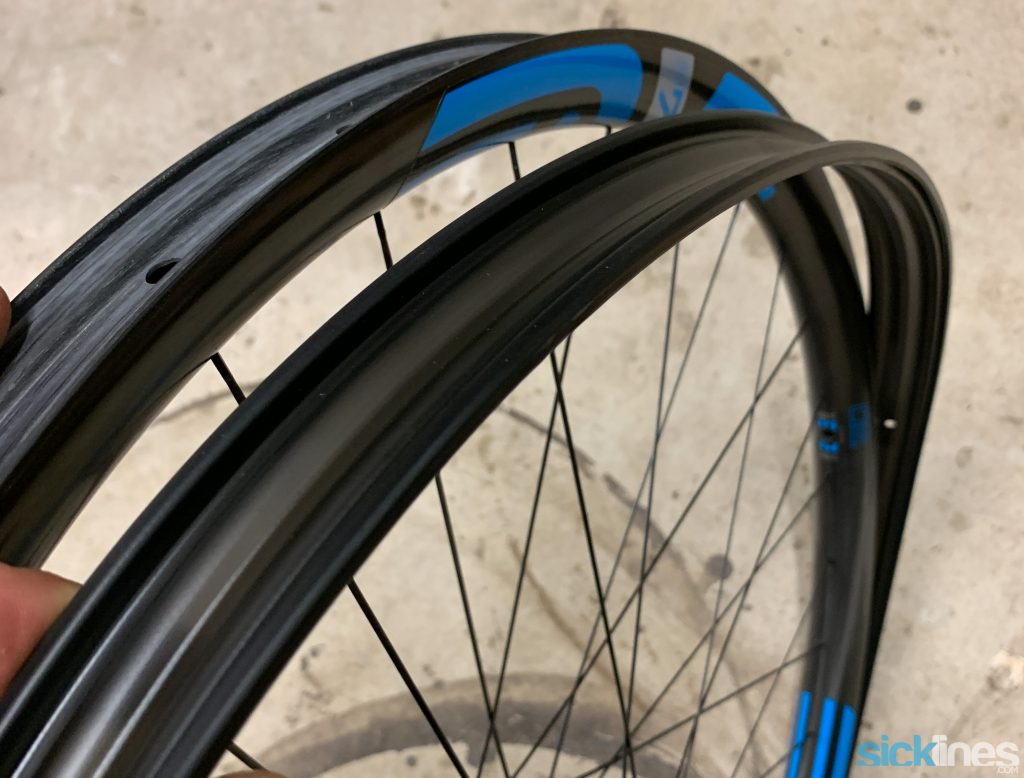 Naturally, the first thing I did was throw these wheels on a scale with the rim strip installed. The full set weighed in at 2069g with the front wheel coming in at 939g and the rear at 1130g. Ok, so obviously this setup is not light weight. It’s worth noting that weight includes the rim strips and choosing I9 Hydra hubs over Chris King will save you around 50g. If I compare these to the Race Face Arc 31 carbon hoops I reviewed a while back, the Race Face wheels weighed in at 1788g but that’s without an anti-flat system. I’m still riding those wheels today but run a CushCore in the rear which puts the total weight for those wheels at 2048g and I lack any protection in the front wheel. If I were to add a front CushCore that would bring the Race Face wheels to over 2300g. It’s clear that Enve has kept the overall weight in check but positioned the M730s for durability over out-right feather weight. After all, what’s the point in a wheel that’s not strong enough to reliably finish your next ride on? A final point for all you weight weenies, go for I9 Hydra hubs over Chris Kings if you’re looking for the lightest setup possible without compromising strength.

Before we start talking about riding the M730’s, I want to point out the tire pressures that Enve recommends. Some of you will no doubt find this rather eye opening. A 180 to 200 lb rider on M730’s is recommended to run between 18 and 22 PSI front and between 19 and 23 PSI rear. If, in case you’re in disbelief, the image below spells it out for you straight from the horse’s mouth. Personally, this raised questions for me around both durability and tire roll (the tendency for tires to squirm around at low pressure contributing to a vague sense of handling). On one hand, it had me questioning how valid these recommendations might be while on the other, it speaks volumes for just how confident Enve is in their rim strip and the overall strength of their rims. With some trepidation, I ran my pressures right in the recommended range of 20 to 21 psi up front and 21 to 22 psi rear as indicated on my Topeak SmartGauge D2.

Assessing the value and ride quality characteristics of a wheel set is highly subjective by nature. A wheel that has a bit too much flex for a 225 lb rider might be stiff as a barn door for a 125 lb rider. Other factors such as tires, frame and fork stiffness, bars and grips, all play a part. Let’s not forget terrain either. With that in mind, over the course of a year, I spent time on these wheels on both a carbon Orbea Rallon and an aluminum Nicolai G-1. I spent time on everything from soft loam to hard-as-concrete bike park trails. I ran two different tire setups, including the ever popular Maxxis DHF 2.5 up front and DHR 2.4 out back along with Hutchinson’s most excellent Griffus in 2.5 front, 2.4 rear. 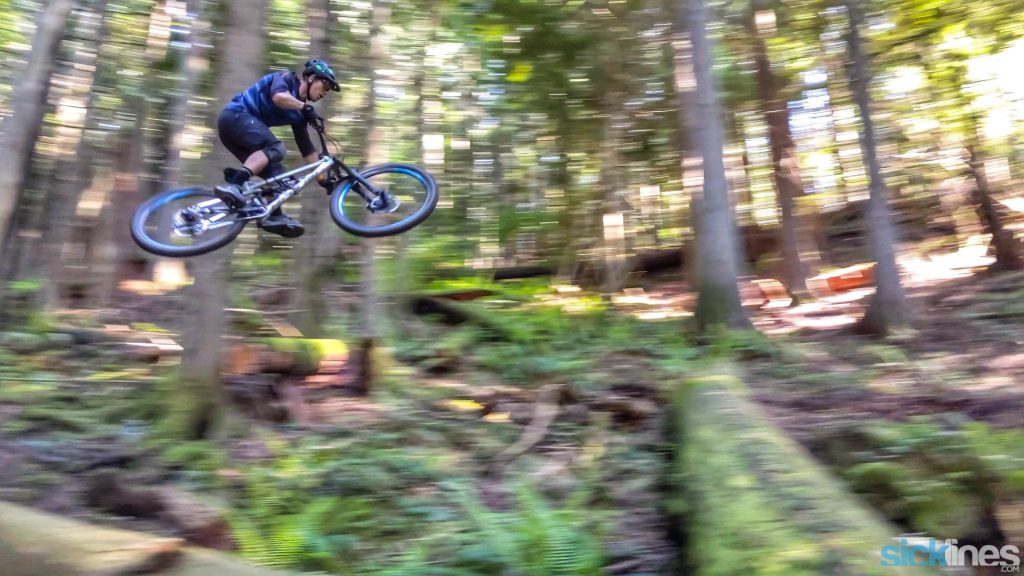 On dark dirt and wet roots aboard the Rallon, the Enve’s were markedly more forgiving than any previous Enve offering I have tried. The M730’s maintain the stiff and direct feel associated with a carbon rim but they have a bit of give to them. I found the old M70’s to lower overall traction as the extreme stiffness would often contribute to the tires breaking traction early and skipping through corners. The M730’s layup, in conjunction with the lower recommended pressures resolves this phenomenon entirely. They’re still not as forgiving as an alloy rim but they’re also never vague and a M730 rim at right around 420g is a good bit lighter than any enduro rated alloy that I’m aware of.

One big question that always comes up with any wheel aimed at gravity oriented riding is their ability to take a beating and walk away. To that end Enve has introduced their rim strip technology that we discussed earlier and improved the layup to create a carbon rim capable of brushing off most impacts. Over the course of the review these wheels saw thousands of miles, countless Whistler bike park laps, painfully cased jumps, and more. Running 22 psi out back, I lost count of the number of times I heard the dull sound of the tire compressing to the rim strip as I blew my line down a rocky run. I was never trying to break these wheels but I was also being deliberate in my intent to ride them as truly enduro race capable hoops.

Eventually, I did break a rear rim. On slow rolling fresh dirt, I’d committed fully to a gap and suddenly found myself coming up short. I reached as hard as I could for a landing a few feet too far away but it was all in vain. I managed to get the front wheel and BB over the hard log case pad but the rear wheel was not so lucky. On impact the rim cracked and the rear tire blew off the rim. I was able to ride out the landing in one of those moments where you go skidding to a stop and kiss the ground for coming out unscathed. I’m not convinced this single impact was entirely responsible for the failure. It was more likely a case of death by a 1000 paper cuts and that day was the last one it could take. But, I’ve broken more rear wheels that I can recall over the years, it’s just part of the game. With the Enve’s there were a couple things different though. One, because of the Enve rim strip, I was able to get a tube in the rear wheel without it touching any of the splintered carbon and get it inflated so that I could gently make my way back to my truck. The wheel had de-tensioned and the rim was toast but it all held together long enough for me to make it back. So much for the myth that all carbon wheel failures are fully catastrophic! The other thing that was different was that all I had to do was box up my busted wheel and send it back to Enve for repair. Normally, I’d be sourcing a rim and spokes and planning to spend an evening re-lacing my wheel but Enve’s 5 year warranty and lifetime incident protection warranty covers issues such as this one. Instead, I shipped the rear wheel back to Enve, following the same process any consumer would, and within a few days I had a fresh wheel ready to bolt on. That was July of 2019 and since then many more bike park laps, failed jumps, and rock strikes have occurred without incident. 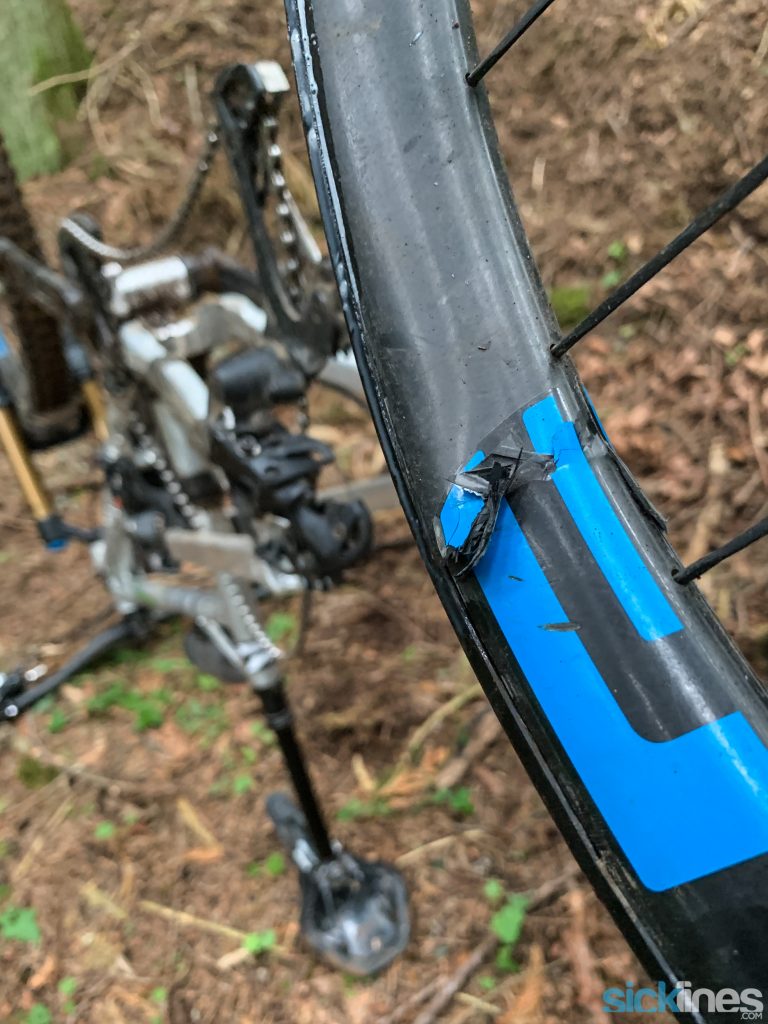 With now over a year of hard riding on these wheels a few things stand out. Carbon has come a long way in terms of both ride quality and durability. I feel that some lighter and less aggressive riders may still struggle with the stiffness but anyone roughly in the 160 lb+ range that gets after it is probably fine. I hardly thought to mention it until now, but the Enve rim strip did deliver big time on puncture resistance where I had 0 flats for the duration of the test except in the case where the rear rim failed entirely. Overall, I found the rim strip to be a great bit of tech even if just a new take on the ghetto tubeless setup so many of us ran for years. Unlike an insert, the rim strip does not support the tire to reduce squirm and there were times where I added a few psi to address this issue. On overall durability, I still rate these wheels highly for all around aggressive riding despite the failure. Most wheels I’ve ridden for this long have needed a rim or 2 replaced. The fact that Enve will handle the replacement for you, under warranty in most instances, is a real nice bonus especially if you have neither the skills or time to re-lace wheels yourself. At $2900 as tested, all that doesn’t come cheap and in fact, places these wheels near the top of the price range for carbon hoops. If it were my own money, I’d probably opt for the I9 101 hubs over Kings to bring the price down to $2100 which is fairly competitive with the other options out there while maintaining all of the critical performance aspects of a high-end wheel set.