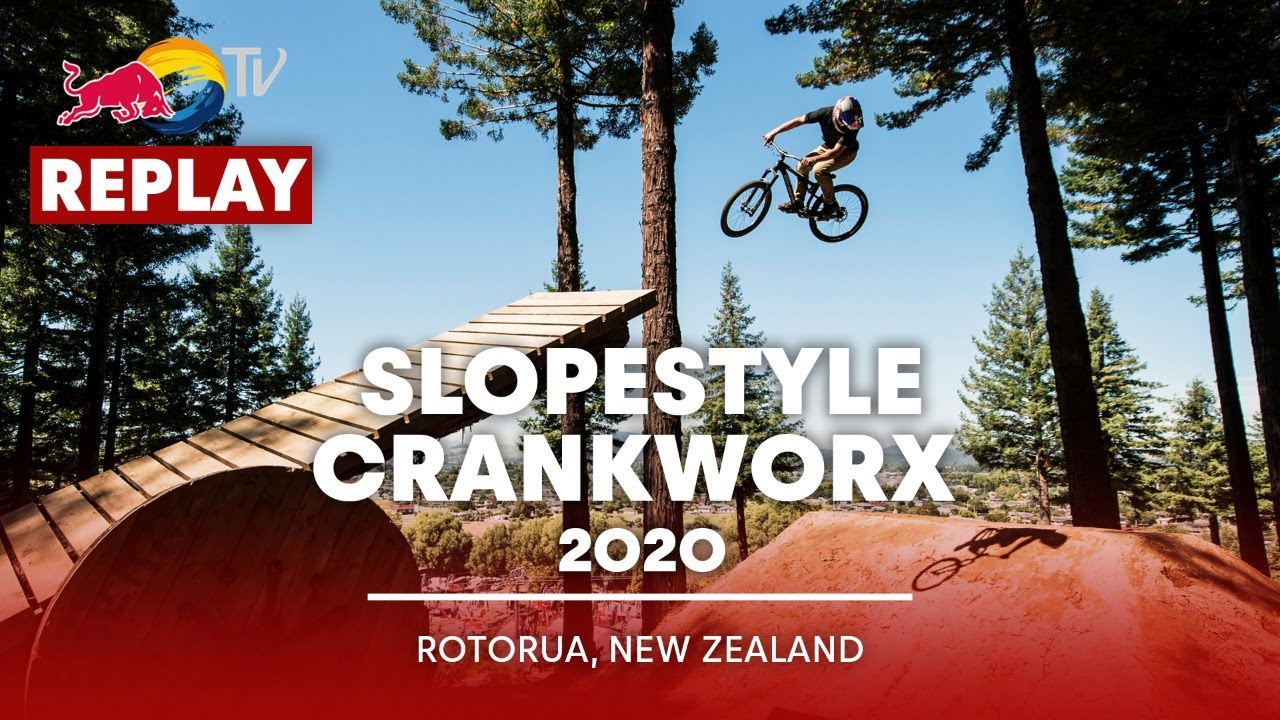 Did you miss the Crankworx Rotorua event? Watch the live replay inside.

Sweden’s Emil Johansson carried over his 2019 form into 2020 with a breathtaking victory at the Maxxis Slopestyle in Memory of McGazza on Saturday.

– Johansson won the final 2019 Red Bull Joyride round to deny Brett Rheeder the Triple Crown of Slopestyle and looked completely at ease again over the huge jumps.

– German Erik Fedko was the first rider to go big with an opening step down 360 barspin to tailwhip that set the bar high with a 90.25 for Johansson to target next up.

– The stylish Swede did not disappoint as he put together a breathtaking run including two tricks – a 360 windshield wiper and a switch triple-whip – to score a massive 96 that the likes of Nicholi Rogatkin, Thomas Genon and Tomas Lemoine needed to better later on.

– American Rogatkin, who claimed the coveted Triple Crown in 2018, crashed the last trick first time around but nailed his second to score 93 and snatch second.

– Johansson, 20, overcame auto-immune disease in 2018 and said: “My ankles do not like it (360 windshield wiper), but I am getting better and better at it. I think we’re looking at a great few years ahead.”

– Rogatkin, 24, said: “Last year I had some very unlucky moments here, and the whole season didn’t really go my way, so I’m really stoked to get some redemption.”

– Fedko, 22, has three Crankworx third places and said: “Getting the run down was insane. It was my first ever landed truck whip on a step down, so I was so stoked.”