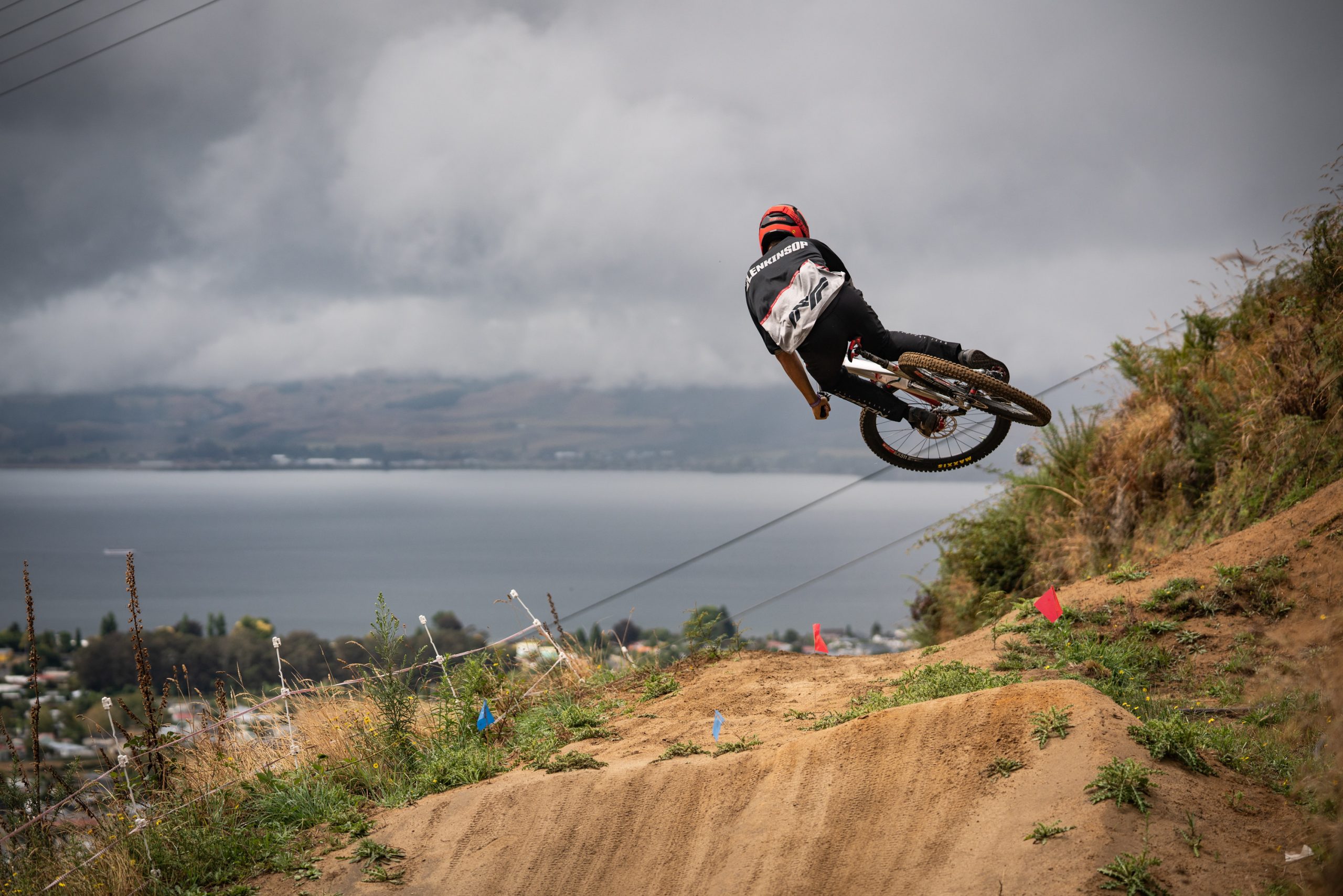 ROTORUA, NEW ZEALAND March 4, 2020 – It was a familiar top step of the podium today at Crankworx Rotorua, with the former King and Queen of the Crankworx World Tour, Sam Blenkinsop (NZL) and Jill Kintner (USA), each stepping back up to take the win today in the Rotorua Air DH presented by Bosch.

“I didn’t really think I could do good on this,” said a beaming Blenki from the finish corral. “I’ve always been, like, fourth on this race, because I always feel like I’m dead because I’ve done too many other events. Today I felt fresh after two days off. I guess the Slalom guys were a bit more rooted than me, so I had a bit more legs than them. Everyone was still so close.” 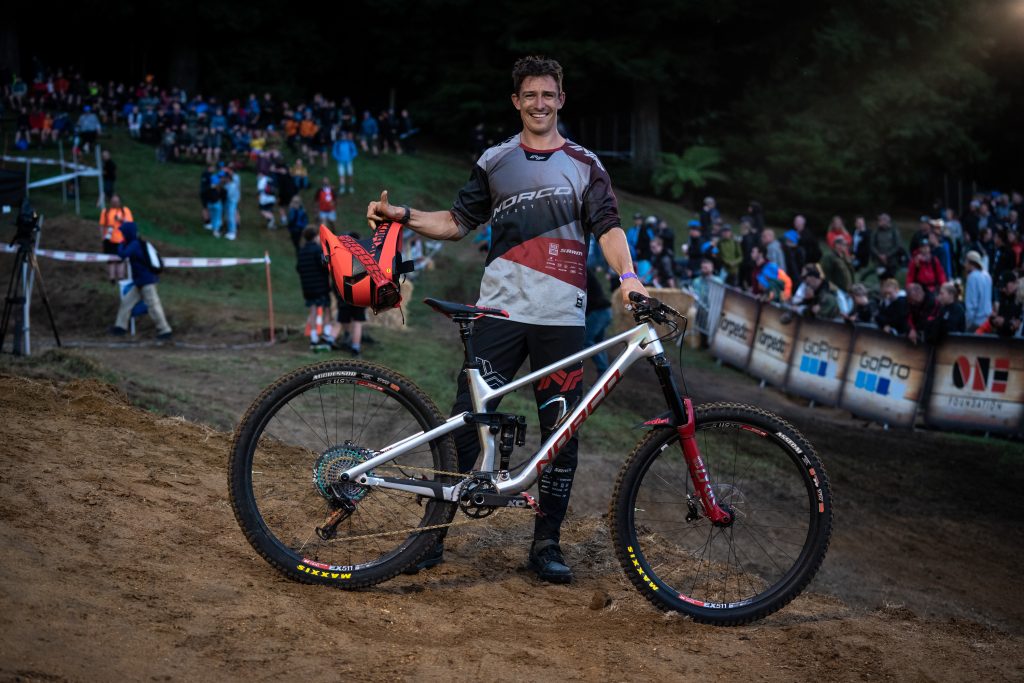 “We had a really stacked field, actually the most girls I’ve ever seen I think,” said Jill Kintner after her 2:26.86 winning run, five seconds faster than Anneke Beerten (NED), who came in at 2:31.12 and nearly 10 seconds faster than 2019’s Queen Vaea Verbeeck who finished in 2:34.00. “A lot of top talent, so it was pretty cool to make a return and take a win.”

The American was primarily focused on Enduro in 2019, returning only to race at Crankworx Whistler, where she won the Air DH, Dual Slalom and Pump Track.

“I’m stoked to get the win. We were up there a long time with the delay and stuff,” added Kintner of delays cause as a weather system rolled in. “It gave it enough time to maybe dry out a bit, so we got a pretty perfect track. It’s quite a different feel this year. It’s like a loose powder that never quite gets wet enough to pack down, so it’s just loose, and holes everywhere.” 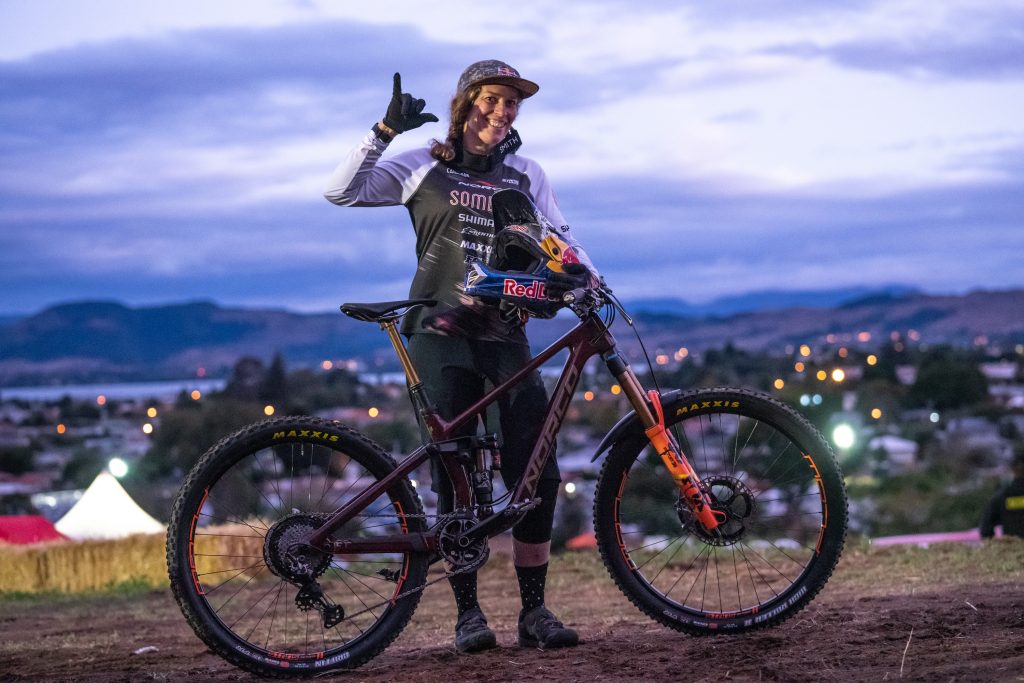 Rotorua experience drought conditions through February, leaving things parched and dusty when the festival kicked off on March 1. But tropical summer rains doused the track on and off all day Wednesday.

“We were lucky with all that rain because practice was so bad. I felt like the track was really slow. And then for the race I felt like it was a whole new track,” added Blenki. “It was just so fast and I had so much more energy. It was good for the race run and good to take the win and everyone was here still with the crappy weather but it was still amazing, so that’s cool. I did a nice wheelie for the crowd. It was nice to take the win so it wasn’t just a wheelie for nothing.”

Their top finishes give them each the first points boost in the 2020 battle for the titles of King and Queen of Crankworx. Keep up with the standings: https://www.crankworx.com/results/series/2020-king-queen/

Keep up with all the action from the Crankworx World Tour on Crankworx.com, including LIVE event coverage, schedule and broadcast info, tickets, event details, and results from across the tour.

You can also follow along at RedBull.com/Crankworx, including LIVE coverage on Red Bull TV of: