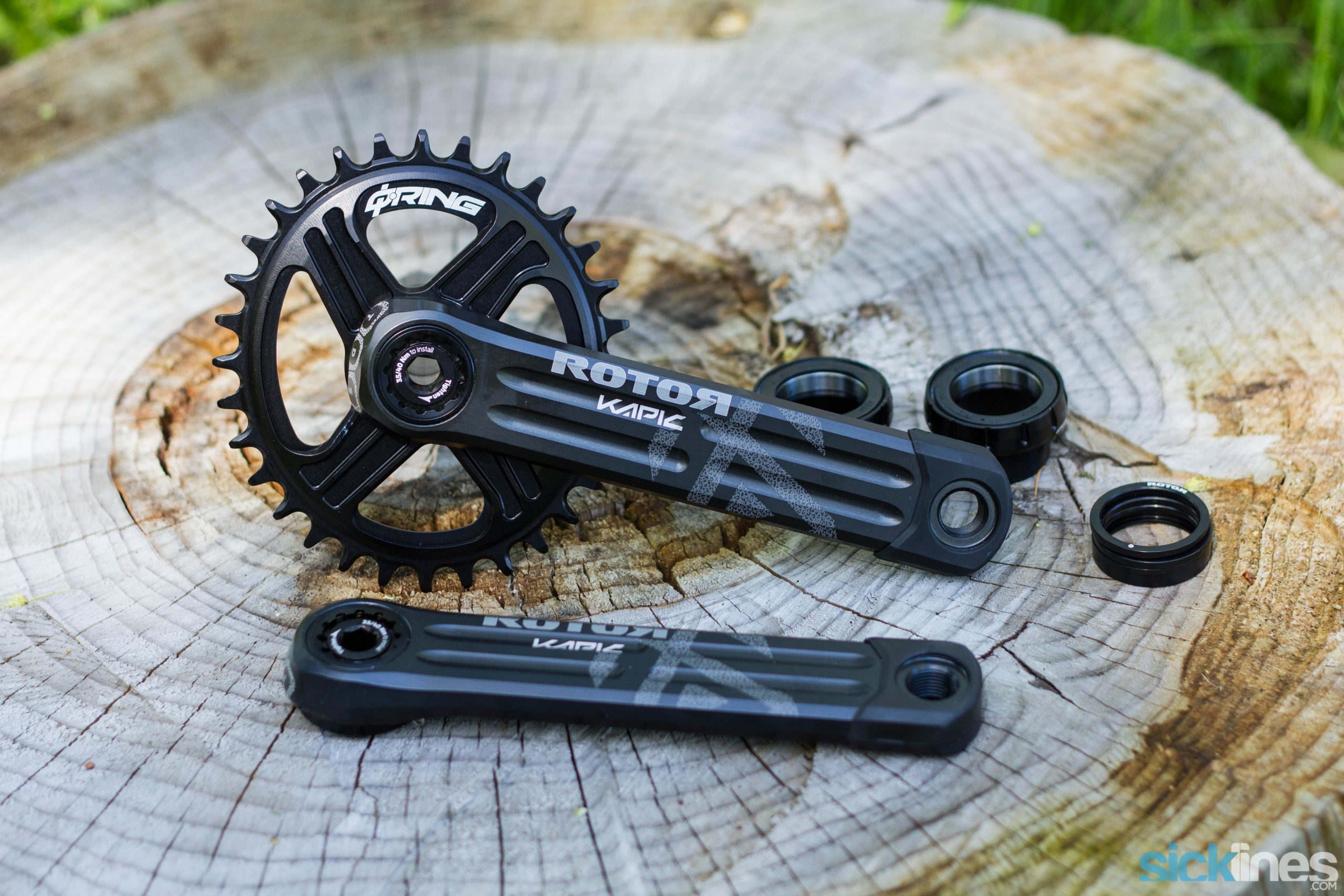 While mulling over the component spec for my Nicolai G-1 build, I was looking for lesser known but light weight and durable option. Wandering around at the Sea Otter Classic, Rotor’s Kapic cranks caught my eye as a great looking and well priced option. The Kapic cranks, named for the Cape Epic XC endurance race held annually in South Africa are claimed XC light and enduro strong. We’re getting used to XC-light carbon cranks with enduro credentials but their high cost and minimal performance gains make them largely expensive eye-candy. The 6082 aluminum alloy arms of the Kapic cranks on the other hand are all business without the eye-watering price tag associated with carbon. 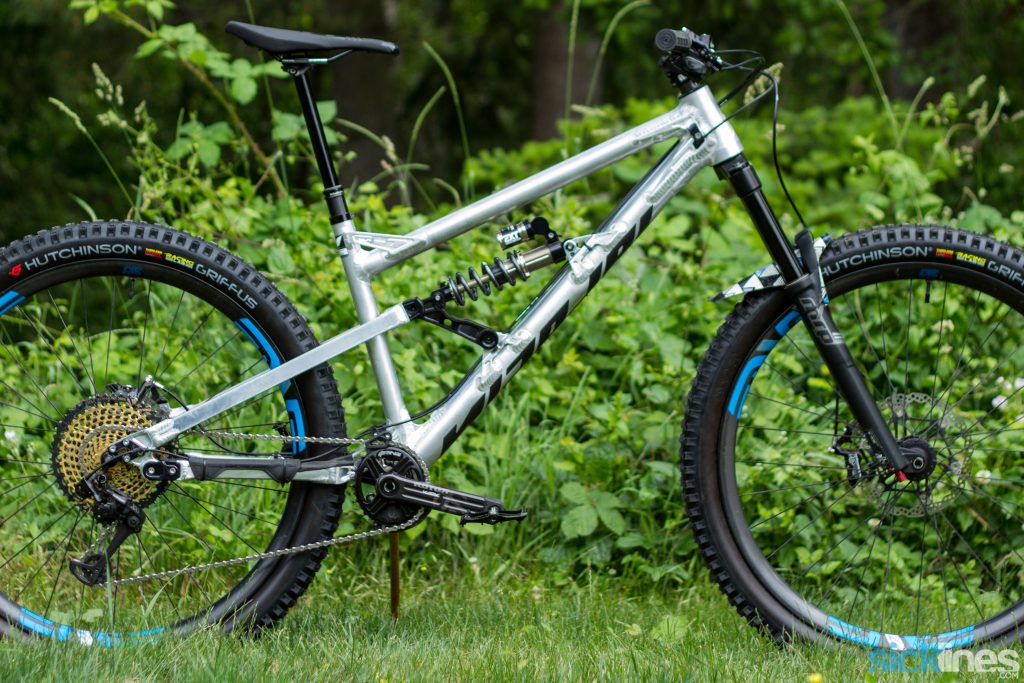 The components of the Kapic crank set include crank arms completely separate from the 30 mm spindle, a direct mount chainring interface, and Rotor’s own BB. Kapic arms are available in 165, 170, and 175 mm lengths and the spindle is available in 3 sizes to suit standard, boost, and super-boost chain-lines. BB support is equally flexible with options to suit BSA 30, BB30, PF30, BB86, and BB 386 EVO. With each piece available separately, it’s possible to move these cranks between frames of different chain-line spacing and BB styles by purchasing only the specific parts that are different. 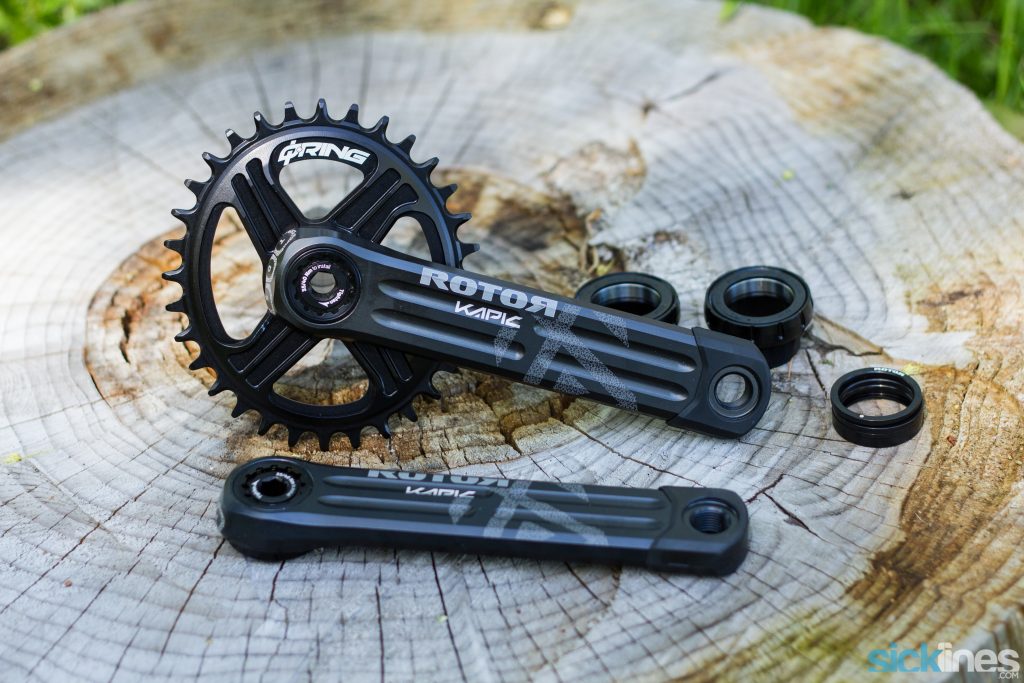 Rotor’s chainring interface is equally as innovative as it’s modular crank arm and spindle solution. Rather than bolt the chainring to the drive-side crank arm, Rotor employs a spline interface to attach the chainring. The drive side crank arm, then sandwiches the chainring in place. The whole system is incredibly simple and allows chainrings to be swapped by simply pulling the drive side crank arm via it’s captive, self-extracting 10 mm bolt. It’s a brilliantly efficient design that remained absolutely creak free during our test. Another feature specific to Rotor’s oval Q-Rings is the option to make small adjustments to the clock position of the chainring to suit individual rider preference. Leveraging the spline interface which allows for micro-adjustments, Rotor marks each ring with 5 different position options. 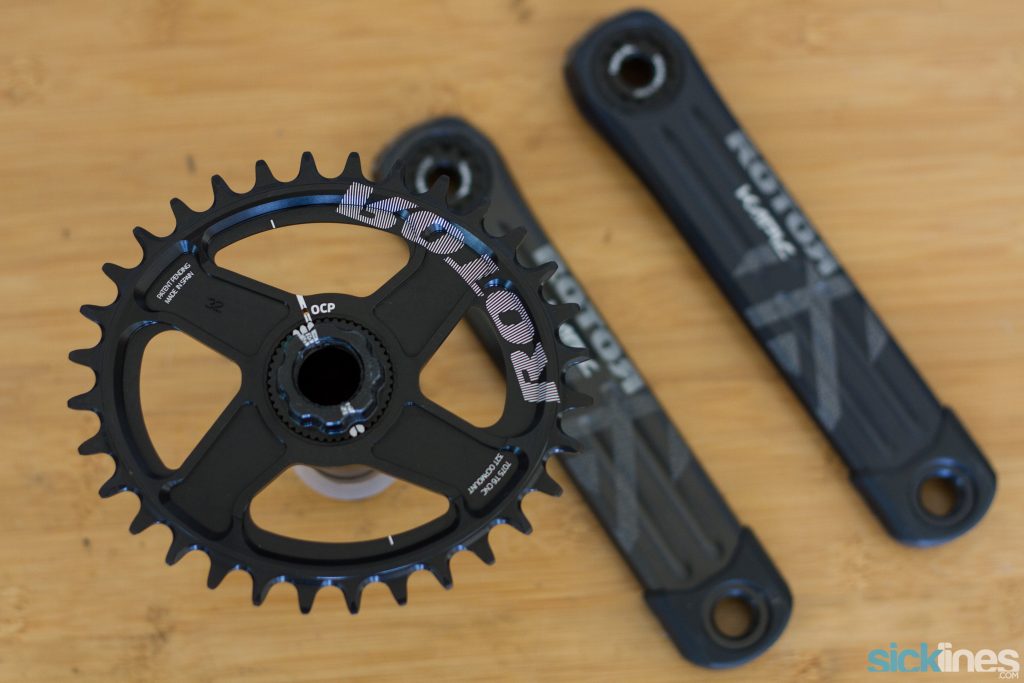 With a street price of about $320 for Kapic crank arms and spindle, you get more features than and save around $100 over a typical set of carbon cranks. Surprisingly, the weight penalty for that savings is minimal and hardly worth worrying about. At 560g for arms, spindle, spacers, a 32t oval chainring, and even a set of crank boots, you won’t be able to blame your cranks for not beating your friends to the top of the hill. 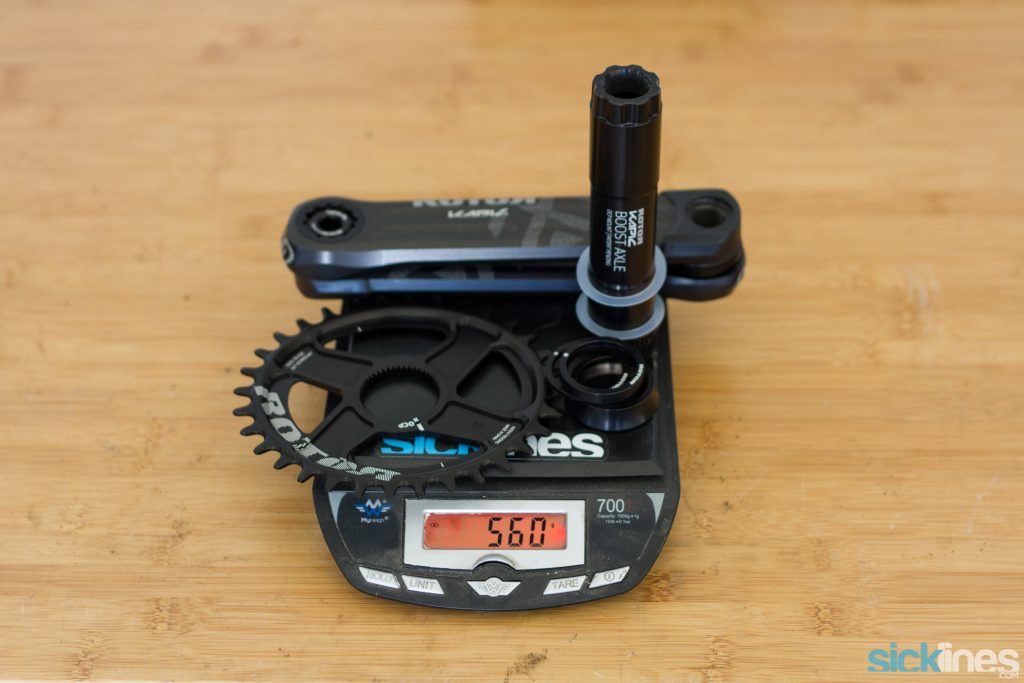 From a performance standpoint, I have nothing to complain about. I’m not the heaviest and certainly not the most powerful peddler but I’ve been able to lay down enough torque to flex more than one set of cranks into the chainstays of test bikes. I can’t detect flex worth mentioning in the Kapic arms. I did have an issue with the arms coming loose which, unfortunately occurred while riding these cranks right at the limit of their intended use. This caused the crank / spindle interface to deform and the arms required replacement. Rotor indicated that my crank arm bolts should have been prepped red-loctite which was determined to be missing from review set. After receiving a replacement setup which was installed with the specified thread locker, I’ve had zero issues. In fact, just to make sure this truly addressed the issue, I installed the cranks with loctite, torqued to the specified value, and proceeded to run the cranks hard for hundreds of miles without checking or re-torquing them. At this point, I feel confident in saying the cranks are plenty robust and the issue I encountered was isolated. In terms of other wear, the BB now has entire summer of riding on it and is still spinning quietly and smoothly. The chainring is starting to show some wear but within the normal range considering I’ve been pedaling 10 to 12k+ vertical on a weekly basis this summer. This week alone, I put over 21k vertical feet of climbing and descending on them. Overall, I’m fairly pleased from a durability and wear perspective despite the hiccup and plan to continue to run the Kapics for a long time. 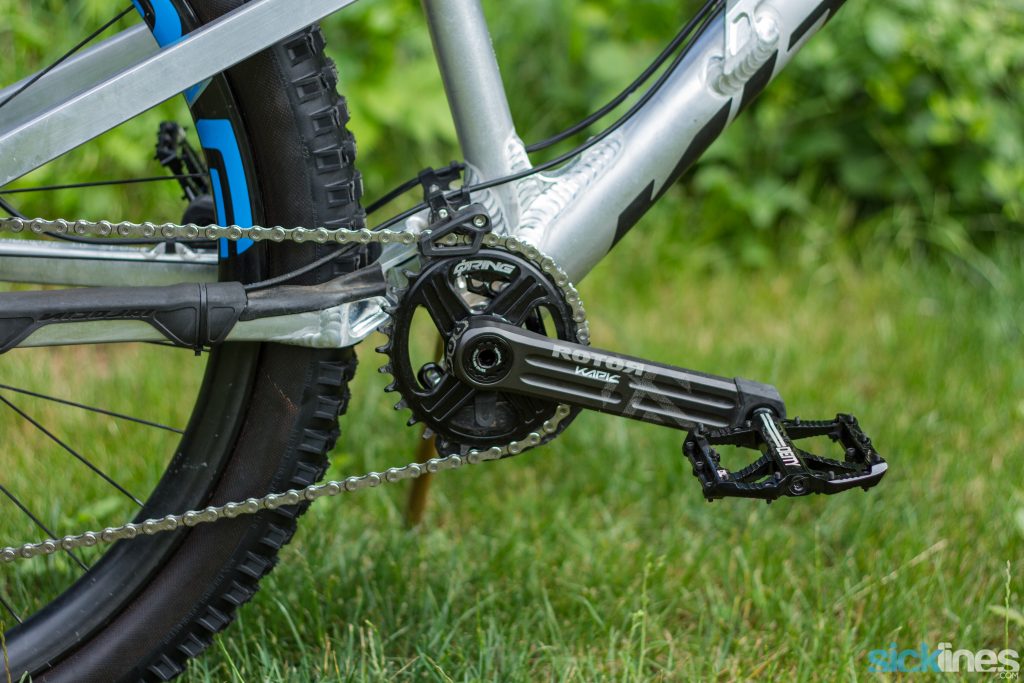 In conclusion, Rotor’s Kapic cranks are a feature rich, cost effective, and unique option. Whether you’re looking for flexibility to move frame to frame, the ability to quickly swap chainrings or just stand out in a sea of SRAM, Race Face, and Shimano spec’d bikes, Rotor’s Kapic alloy cranks are worth a look.