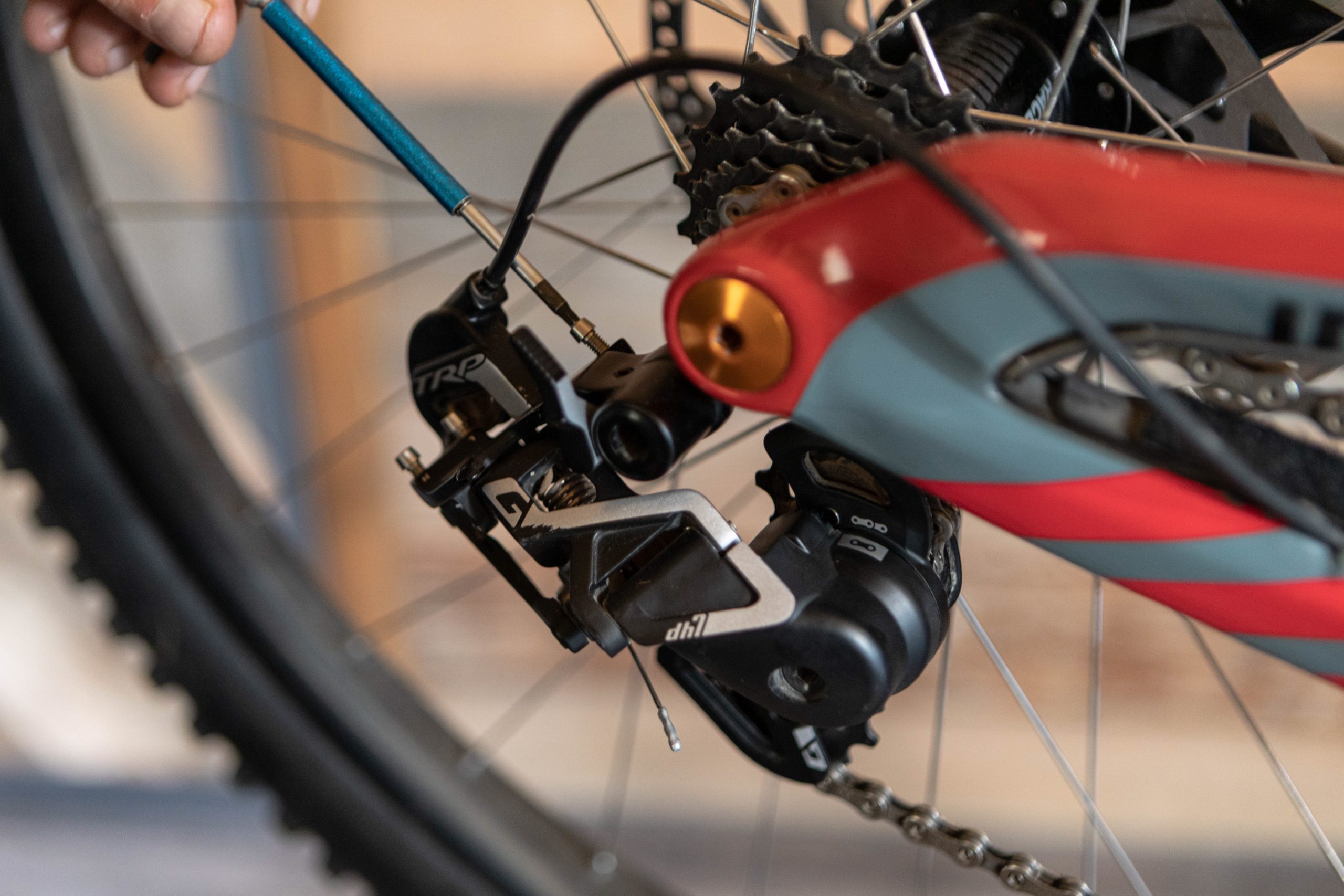 TRP has launched a new 7speed drivetrain system including a shifter and rear derailleur. Details inside from TRP.

The ongoing competition amongst the best mechanics in the world during a World Cup season is to build the quietest bike on the track. John Hall identified the movement of the derailleur around the B-knuckle as one of the points for improvement. This inspired John‘s idea to lock the B-knuckle to the bike‘s derailleur hanger.

TRP engineers worked closely with Hall to create the Hall Lock feature. The Hall Lock is a lever integrated into the mount, which can be opened or closed, as needed. When working on the derailleur or changing the wheel, the Hall Lock is opened. When closed, the derailleur is locked to the frame and is stabilized in the roughest conditions. This feature helps maintain the utmost accuracy in shifting and superb chain retention. Its clamping force can be adjusted to balance stability and security with the derailleur’s ability to deflect on impact.

Depending on the suspension layout of the bike, there can be different amounts of chain growth. This is why the team designed adjustability into TRP‘s ratchet style clutch. If a rider wants to free up the system, they can back off the clutch to balance pedal feedback with the clutch’s chain retaining properties 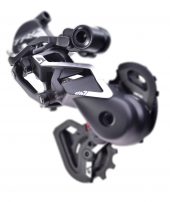 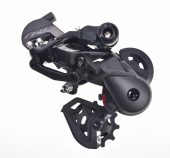 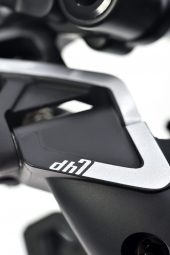 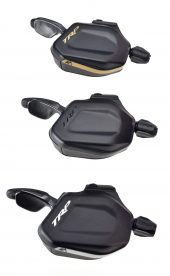 Ergonomics are key to Aaron and he wanted something different for a reason. In addition to adjustability, TRP engineers looked at the cable release lever’s ergonomics and devised a system to move it in a linear path to mimic the motion of a rider’s thumb rather than rotating away. This unique ergonomic allows for more consistent thumb contact and overall better grip and shifting performance when the trail gets rowdy.