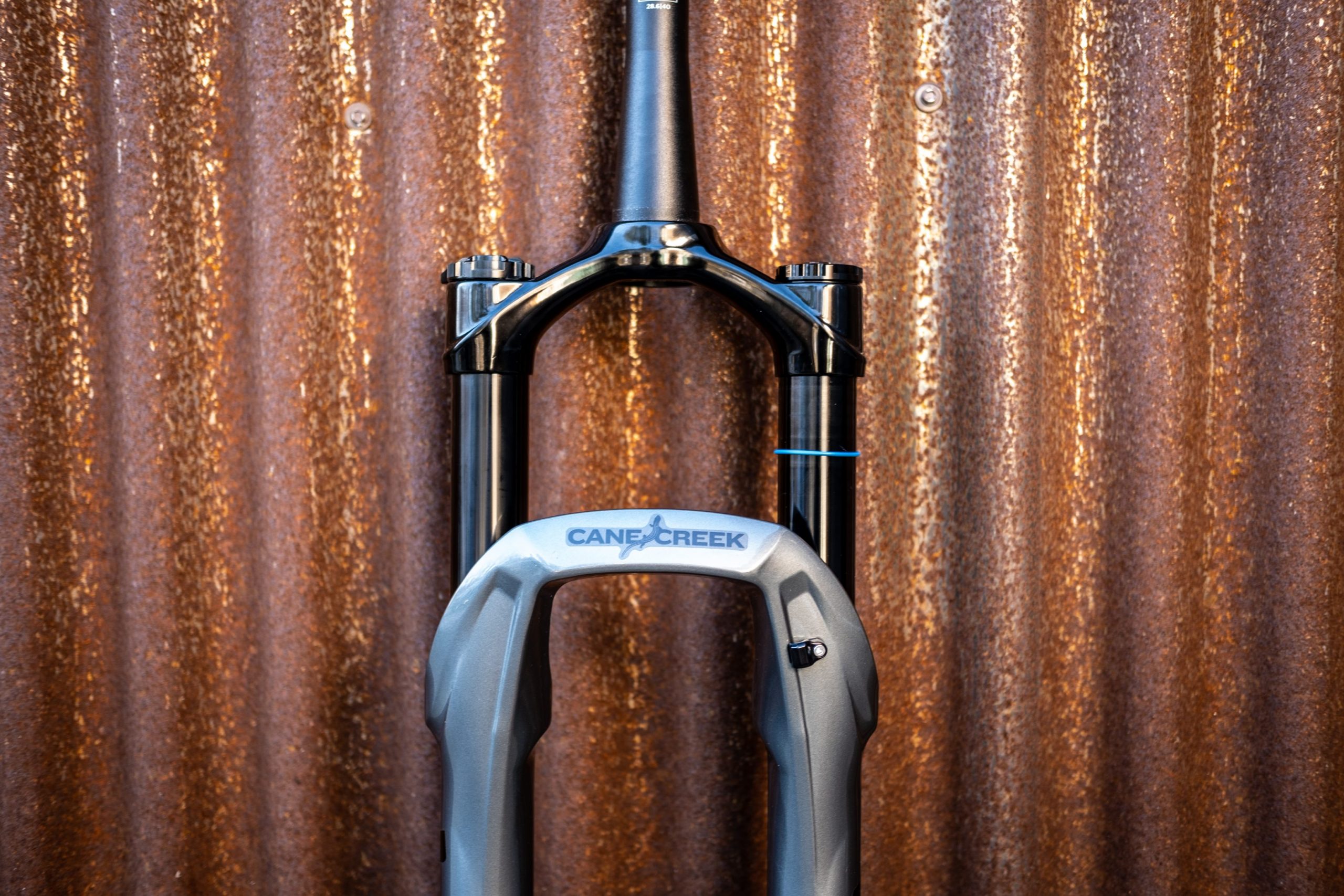 The HELM Works Series 130 is a 29/27.5+, 130mm travel, air fork optimized for aggressive riding on shorter travel bikes. Built on the critically acclaimed HELM platform, the Works Series 130 provides the same stiffness and support of the standard HELM 29 Air while including several new features designed to optimize the fork for aggressive XC and lightweight trail riding.

The fork is equipped with a 44mm offset hollow crown, a bolt-on D-Loc axle and optimized internals resulting in a 100g weight savings over the standard HELM 29 Air. The Work Series 130 also includes a “Climb Switch” feature allowing riders to quickly stiffen the suspension mid-ride to create an incredibly stable platform for climbing.

The Works Series 130 includes the same independently-adjustable dual-chamber air spring and accessory-free air volume adjustment as the standard HELM 29 Air providing riders with a great deal of versatility and adjustability to suit their particular riding style.

The fork is available with a polished black anodized crown and gunmetal grey lowers with black graphics unique to the Works Series 130. It will retail for $899 – the same price as all other HELM series forks – and will be available in May 2019 wherever Cane Creek products are sold.

The new bolt-on version of the D-Loc axle will also be available as an aftermarket upgrade to existing HELM forks for $54.99.

“Since the HELM was released we’ve heard from a lot of riders who love the fork for its stability and stiffness combined with the ability to adjust it down to shorter travel for aggressive XC and downcountry riding. After hearing that feedback, we sat down and asked ourselves what the perfect HELM fork would look like if it were optimized for that style of riding and that’s how the HELM Works Series 130 was born.” – Sam Anderson, product manager

The eeBrake El Platino is a new limited edition of Cane Creek’s critically acclaimed eeBrake G4 in a platinum and pewter colorway. The brakes are available in both regular and direct mount versions and are sold as a set – front and rear.

eeBrakes are an ultra-light, high performance, rim brake developed by acclaimed component designer Craig Edwards and are assembled by hand in Cane Creek’s facility just outside of Asheville, North Carolina. The eeBrake G4 is the fourth generation of the brake featuring 100 percent CNC machined parts, a wider design optimized for 22 – 28mm rims, a stiffer black arch spring, a revised one-piece center adjuster with built in resistance for easier use and ghosted laser etched graphics.

Four previous limited edition eeBrakes – called El Dorado, El Chulo, El Diablo and El Rosado – were released over the last two years and have become a hot commodity for riders due to their limited production and unique appearance. The El Platino marks the second limited edition of the brake that Cane Creek has released since introducing the eeBrakes G4 in April of 2018.

The eeBrake El Platino will retail for $680 per set and are only available for a short time – all orders must be placed by April 19, 2019 with expected delivery beginning in May 2019.

The Road Cache is a minimalist, water resistant accessory pouch designed to fit in a jersey pocket. It has room to carry a 700×25 or smaller tube, tire levers and a CO2 inflator. Unlike competitors, the Road Cache is about less is more – it weighs less than a gel. The Road Cache is a clamshell design made of black neoprene with sturdy water-resistant zippers and will retail for $14.

Cane Creek Cycling Components is a manufacturer of premium cycling products headquartered in Fletcher, NC. The company was founded in 1974 as the North American headquarters of Japanese brake manufacturer Dia-Compe. In the early 1990’s the company was renamed Cane Creek Cycling Components and was subsequently purchased by its employees. Over the years, Cane Creek has introduced several groundbreaking products – including the original AheadSet threadless headset and the revolutionary Double Barrel Shock.

The company remains employee owned by cyclists passionate about developing and manufacturing innovative products – many of which are hand assembled in their facility in the mountains of North Carolina.