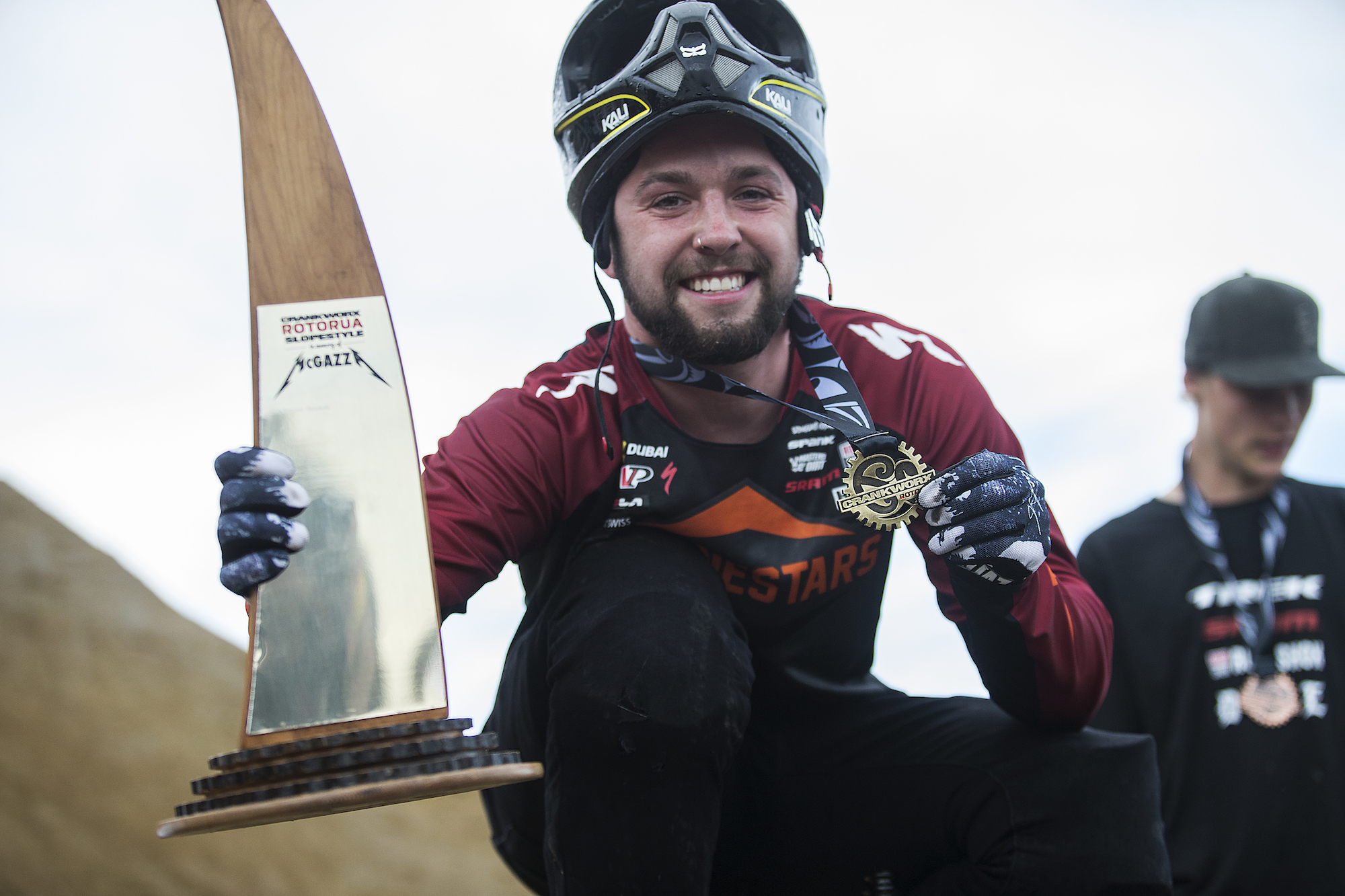 If you didn’t catch Nicolai Rogatkin’s winning run at Crankworx Rotorua, be sure to check it out inside.

Some 4320 degrees of rotation, over 12 spins, sent Rogatkin sailing to the top step as he leaned on his ability to twist through the air, delivering a jam-packed run to best one of the highest-scoring fields ever to compete.

“In history, it has been someone innovates and then everyone kind of follows. Now, the progression has gotten to a rate where every rider chooses their thing. For me, it’s rotations. For some guys, like Brett Rheeder, it’s doing every trick the opposite way. Everyone has really taken their thing and they’re running with it,” said Rogatkin.

The young American broke new ground in 2016, landing the first 1080-spin in Crankworx history, “The Twister,” here in Rotorua. Just one year later, he’s realising the new trick conquest has to give way to planning and executing flawless, jam-packed runs, worth of an “action sports title.”

“It’s proper freestyle. Everyone is progressing in their own direction, so what might be the next big thing for one guy, isn’t necessarily for the next,” he said.

Two of those up-and-coming riders who will help push slopestyle in new directions flanked him on the podium as Italian Torquato Testa (ITA), just one year deep into the Crankworx scene, and teenager Emil Johansson (SWE), stole second and third away from X-Games BMX legend Ryan Nyquist (USA), whose impressive one-year crossover nearly earned Crankworx bronze.

Asked about his training, Johansson said his high school integrates different styles of biking, the gym, and sessions in the velodrome; although, he only gets to train on one feature.

“It makes it different when it gets to drops and boner logs and step downs. It’s really hard to transfer your capabilities from only riding one jump to jumping off step downs and stuff,” he said.

Testa, meanwhile, claimed a flip, no-foot triple X-up as his signature manoeuvre after the night’s run, and says he was very tentative, to be clean, on his first run, then left it all on the table for his second rip through the course.

The downhillers earlier in the day, racing the Crankworx Rotorua Downhill presented by iXS, couldn’t enjoy this strategy, getting one shot down the mud slick to stay on the bike.

“I went hard, that’s why I made a few mistakes. You’re not going to get a good result here by playing it safe—there’s too many good guys,” said winner Jack Moir (AUS).

Australien Racer and todays Winner of the Crankworx Rotorua Downhill Jack Moir on his Racerun.

Pulling in, like a freestyler, with a signature move, Mick Hannah (AUS) admitted his no-hander over the last jump belied early season nerves.

“It’s my first race since September. I was pretty nervous at the top. You just always get that before you’ve done a few races for the year,” said Hannah.

Cool as a cucumber, his sister, Tracey Hannah, pulled in for first like a champ with a big smile on her face.

“I took all the faster lines and tried to slow down for them, and I had a really good run,” she said. “..The first day was hard because it was wet, so practice was hard. I felt fine today and I was pretty excited to get up early and come out for race day.”