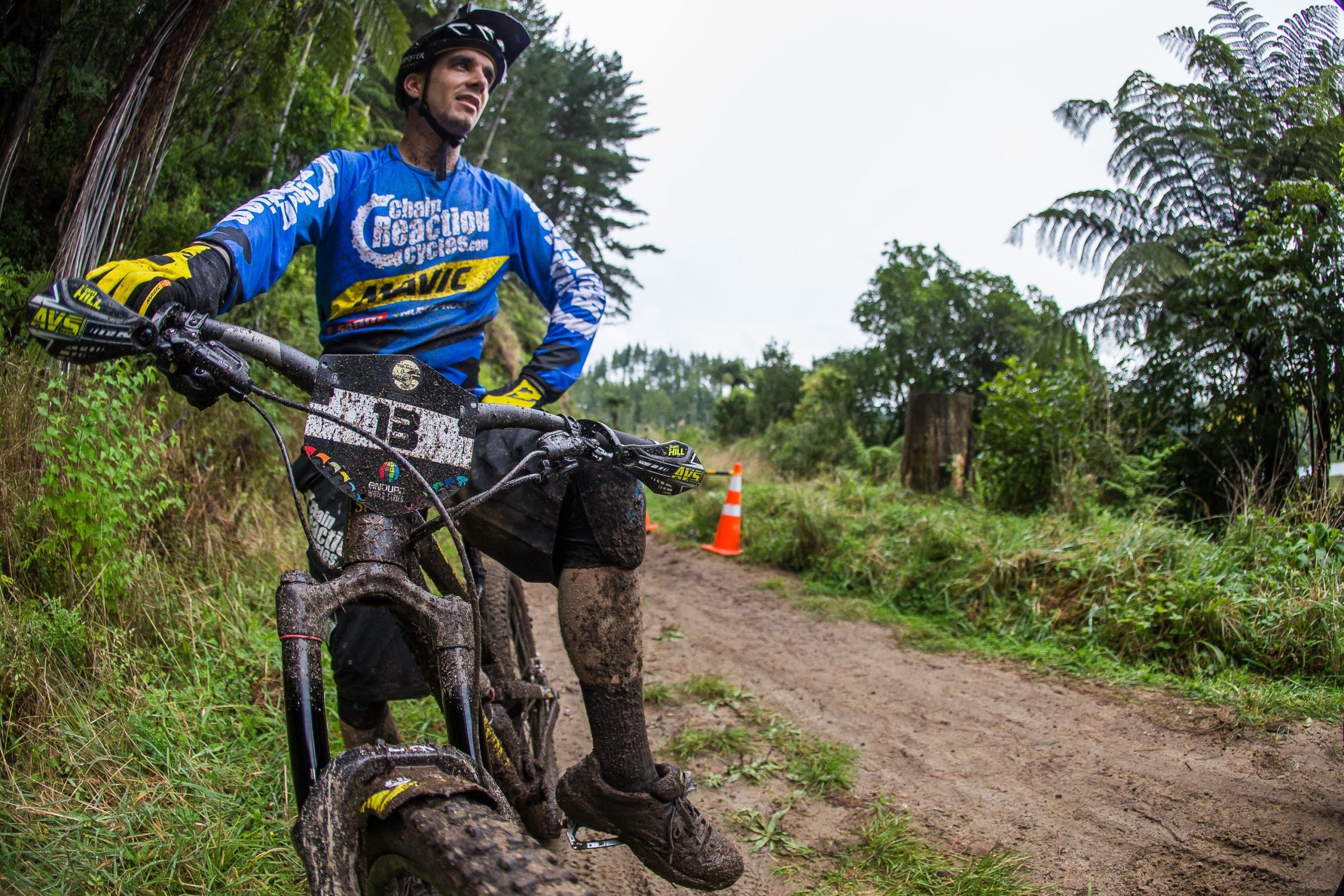 Sam Hill is off to a good start at the Enduro World Series.  He’s chasing the title this year and his fourth place finish at Crankworx Rotora puts him off ot a great start in the overall EWS title chase. Details inside.

Sam Hill’s Enduro World Series season off to a flyer!

CRC Mavic rider Sam Hill raced at the first round of the Enduro World Series in Rotorua, New Zealand, over the weekend finishing fourth in horrendous conditions.

Team Manager Nigel Page was there to bring us this report:

Sam Hill the downhill legend is on his way to becoming an enduro legend after a heroic ride in the worst muddy conditions.

With seven stage races all on the same day and 40 miles of pedalling it was a huge day. The tracks were a good mix of technical downhill as well as some very physical stages with lots of pedalling. Just to add to the challenge the heavens opened just before the top 30 ranked pro men set off for stage one, turning the tracks into some of the hardest stages ever to ride.

Sam Hill, ranked 13th, had the worst of the conditions for stage one but still managed to nearly break into the top 20 – by far the fastest of the top 30 men that got the wet conditions.

Sam got another top 30 on stage two and then when the conditions evened out managed two stage wins and a second place only half a second behind Richie Rude.

What was incredible was not only how fast Sam rode the first wet stages against three local guys who ended up first, second and third in the race with a dry first stage but Sam managed to win two of the most physical stages with tons of pedalling.

Stage four had a flat and uphill fireroad section towards the end of the stage of over one minute. All on his flat pedals. Super impressive and just shows what the five-time Downhill World Champion can do when he sets his mind on something.

Sam won the final stage of the day moving him up to an incredible fourth overall, only eight seconds off winning the whole race. What an amazing ride – it was one of the most impressive in EWS history so far for sure.

We are all so proud of Sam well done buddy you’ve started your EWS goals right on point! The Nukeproof Mega 275 bikes were the ticket for the race, equipped with Rockshox Lyrik 170mm forks up front, SRAM Eagle drivetrain with MRP chain devices and Mavic Deemax Pro wheels with a Mavic Claw tyre up front and Quest on the rear.

I managed to complete the race in the Masters category finishing up third behind two ex-World Cup DH legends Karim Amour and Rotorua local Sean McCarroll so I was happy with that. It was definitely one of the hardest races I have ever done, if not the hardest.

Next stop for the EWS is in two weeks’ time in Tasmania where myself and Sam’s mechanic Jacy Shumilak are on route to now.

We are looking forward to seeing how Sam gets on there – he means business in his first attempt at the Enduro World Championship title.

Thanks to Jacy for keeping the bikes running sweet and all the work he put in and also to Fraser Britton for the photos.