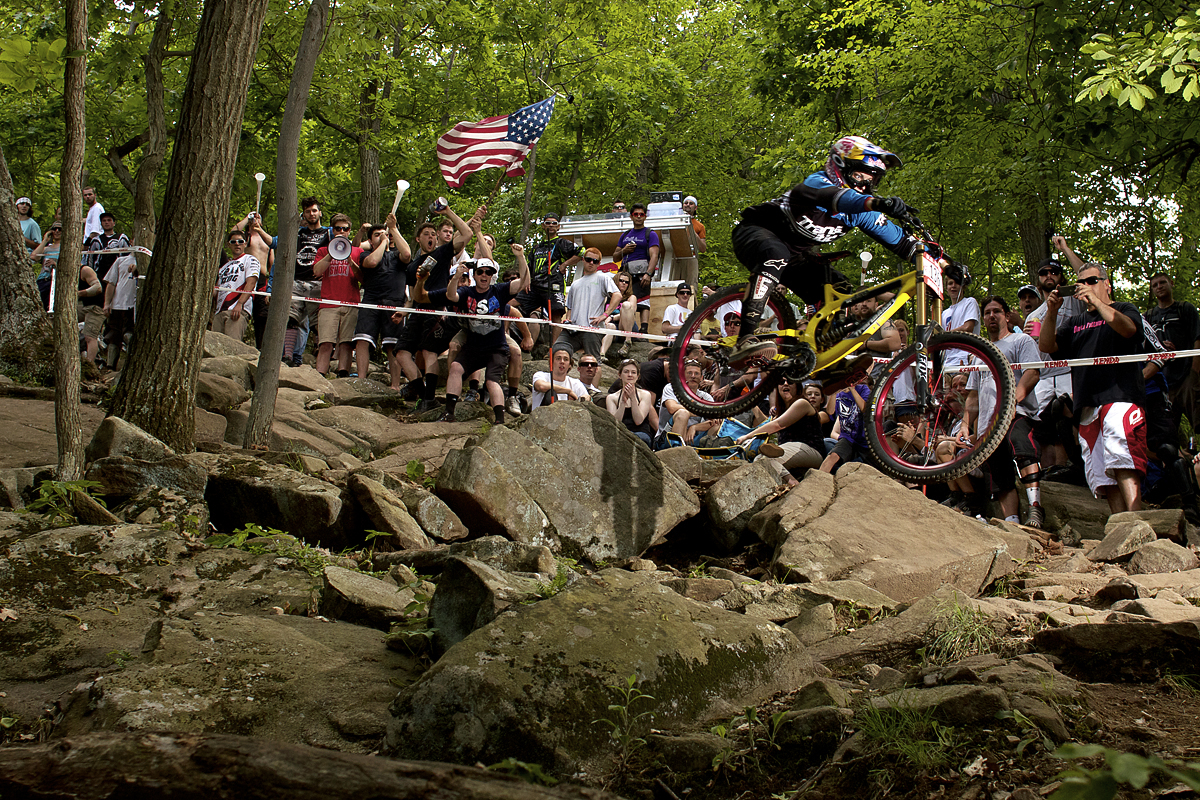 US Open of Mountain Biking

The 2017 US Open of Mountain Biking makes its return this year during Memorial Day Weekend (May 25th-28th).  Details inside from Clay.

The U.S. Open of Mountain Biking Makes Its Return for 2017

VERNON, NJ– The iconic US Open of Mountain Biking will make its long awaited return to Mountain Creek Bike Park on Memorial Day Weekend, May 25th – 28th, 2017. The US Open was last held in 2011 and is now being relaunched by one of the original founders, Clay Harper. Keeping with tradition, the US Open will bring one of the largest prize purses in American downhill racing with over $15,000 cash up for grabs in the Open Class and some of the most coveted amateur prizes available anywhere.

“We have been working for a few years to bring the Open back. The mission is to keep and grow the spirit and excitement the USO became famous for – open class racing, cash prizing and a straight up good time. We are going to pick up the party where we left off,” says Clay Harper, US Open of Mountain Biking Race Director.

As a non-USAC race, the US Open is notable for its simple two category format: Open Class and Amateur Class. Anyone can enter the Open Class and compete amongst the pros for the $15,000 cash purse and a chance to prove where they rank. Amateurs will compete for bragging rights and some of the best prizes in racing.

Aaron Gwin and Neko Mulally of the YT Mob, the KHS Factory Racing Team and the Defiant Racing Team are among the racers who have confirmed plans to race the US Open this May.

The US Open began in 2003 at what was then called Diablo Freeride Park at Mountain Creek Resort in Vernon, New Jersey with the inaugural race being won by Bryn Atkinson and Donna Fletcher. From 2003 thru 2011, the event went on to become a favorite among the racers and fans alike, regularly attracting an international field of athletes. Past winners included Sam Hill, Steve Smith, Tracey Mosely, and Miranda Miller among others. The 2011 USO was won by Aaron Gwin and Jill Kintner. Gwin went on to dominate the 2011 World Cup circuit, winning the overall title later that year.

“When I started racing downhill, the US Open was the highest profile event in the United States. I had the chance to watch guys like Sam Hill, Steve Smith and Bryn Atkinson race. Guys who I looked up to so much. In 2007 I won the Amateur category as a 15-year-old. Being exposed to top level racing and experiencing that win were huge steps in my career, and I can’t wait to race the US Open again in 2017” – World Cup racer and YT Mob rider, Neko Mulally.

The USO downhill track has always delivered excitement, combining traditional east coast rock gardens with machine built dirt features and jumps to create a fast-flowing course. “We will be running a new track that uses some key elements of the original USO course and some sections that have never been used before, as well as building brand-new features for this event. The USO track was always challenging and a lot of fun to ride and we will maintain that approach,” explains George Ryan, Mountain Creek Bike Park Trail Boss and local legend.

US Open of Mountain Biking

The excitement goes well beyond the race course with The US Open of Mountain Biking. It is all about being one of the most fun and fan friendly races; from the DJ blasting tunes in the Rock Garden, to eccentric guests like the New Jersey Devil and former WWF star The Iron Sheik, the US Open is always full of energy and excitement on either side of the tape.

New for 2017 is the addition of an adaptive racer class, a best whip contest and the U.S. Kids Open. The Grom-Bomb downhill race will feature a separate course that caters specifically to young rippers. “We are stoked to add the U.S. Kids Open and look forward to having fun with it and building it up. The development of youth mountain bikes and gear has exploded in recent years, and so has the number of kids on the mountain. It’s time to provide a real racing experience that is designed specifically for young riders,” explains Harper.

For further details, visit the US Open of Mountain Biking on Facebook and Instagram or visit www.usopen.bike for continued updates and registration information over the coming months.