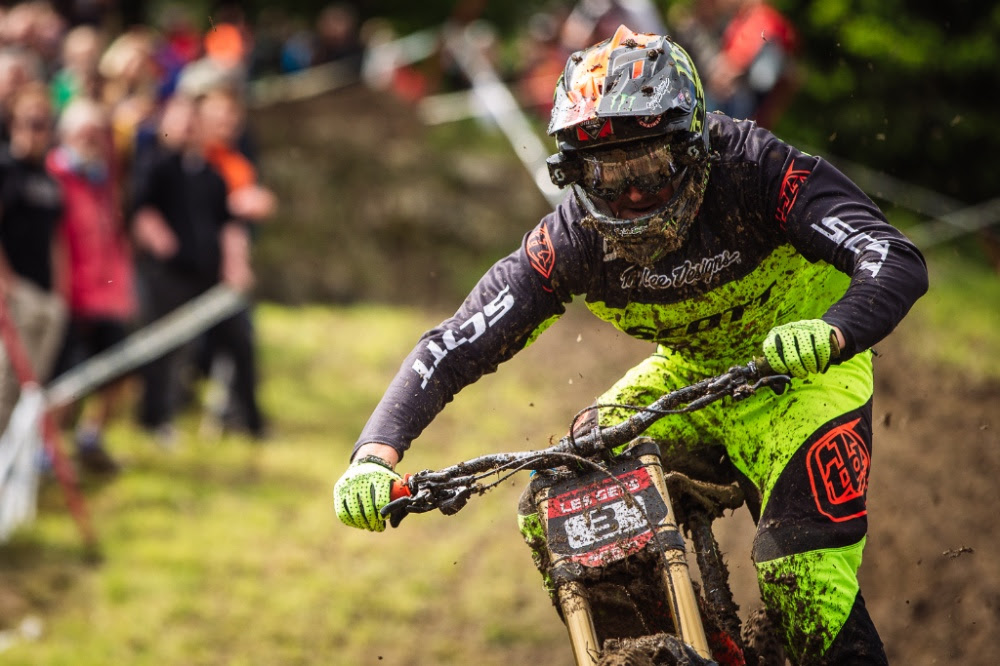 With our sights firmly set on the 2017 season ahead we are proud to announce the formation of the SCOTT-Velosolutions DH Team.
With an already long term commitment to the SCOTT team and an unrivalled passion for DH racing, Velosolutions will increase its commitment to the World Cup Team in 2017, bringing with it a shared vision for the future of mountain biking and world cup racing. Together, SCOTT Sports & Velosolutions will be a force to be reckoned with, exciting new and existing fans around the world.

Team Rider Brendan Fairclough – Crankworx Les Gets
Whilst SCOTT-Sports and component brand Syncros has had a long term commitment to supporting the best riders in the world, developing a new breed of talent and using elite downhill racing to inspire new product development. Velosolutions has gained credit around the world as industry leading trail builders. From the Champery World Cup track to building and developing some of the most progressive asphalt pump tracks around the globe, Velosolutions are making the sport of MTB more accessible than ever before.

The new partnership is met with familiar faces as Brendan Fairclough continues with the team for 2017 and beyond. ‘Brendog’ has over a decade of World Cup racing under his belt at just 29. From national and international podiums to top 10 finish’s at Rampage and progressive movie appearances, Fairclough is a dominant force and a unique character both on and off the bike.

“I’m excited for the new direction of the team. SCOTT has been an incredible brand to work with from their continued support in my racing career to my involvement in developing industry leading bikes, I am excited to continue to work with them. Pumptracks have always been a part of my riding, it’s the perfect place to learn new skills and have an awesome session with friends – Velosolutions are getting more people on bikes and giving them the opportunities I have had, that is really important to me. I’m stoked for 2017 and can’t wait to kick of the season.” Brendan Fairclough

A new era brings with it new changes to the team and we are excited to announce that Gaetan Vige will be joining SCOTT-Velosolutions in 2017.

2016 Junior Men world number 2, 3rd place at the 2016 World Championships and 3 x World Cup wins under his belt – if you don’t know who Gaetan Vige is, you will soon. Born and raised in the south of France, Vige is a fresh face in the elite field and ready to battle it out around the world. We are proud to welcome him into the SCOTT-Velosolutions family.

“The 2017 season is going to be tough as a first year elite rider, but this is why I am excited to be joining SCOTT-Velosolutions. I know the team can give me the best chance possible of succeeding.” Gaetan Vige

On top of a new team name and new athlete, we can officially announce that team manager Claudio Caluori will return to our screens in 2017 as the face the official world cup course previews and come at you live, every race weekend from the commentary booth.

“From building pump tracks to developing the team, the off season has been crazy but I am more than happy with the new direction of the team. The SCOTT-Velosolutions World Cup team is a dream partnership and I am stoked to continue to work with Brendog and welcome Gaetan to our family. I have been busy training for the upcoming course preview season and dialing in my skills on the guitar for the after race jam sessions at the SCOTT-Velosolutions pits – I can’t wait to get back out there!” Claudio Caluori

With the first race of the season quickly approaching and the anticipation building we can’t wait to get back out there and do what we do best, World Cup Racing.