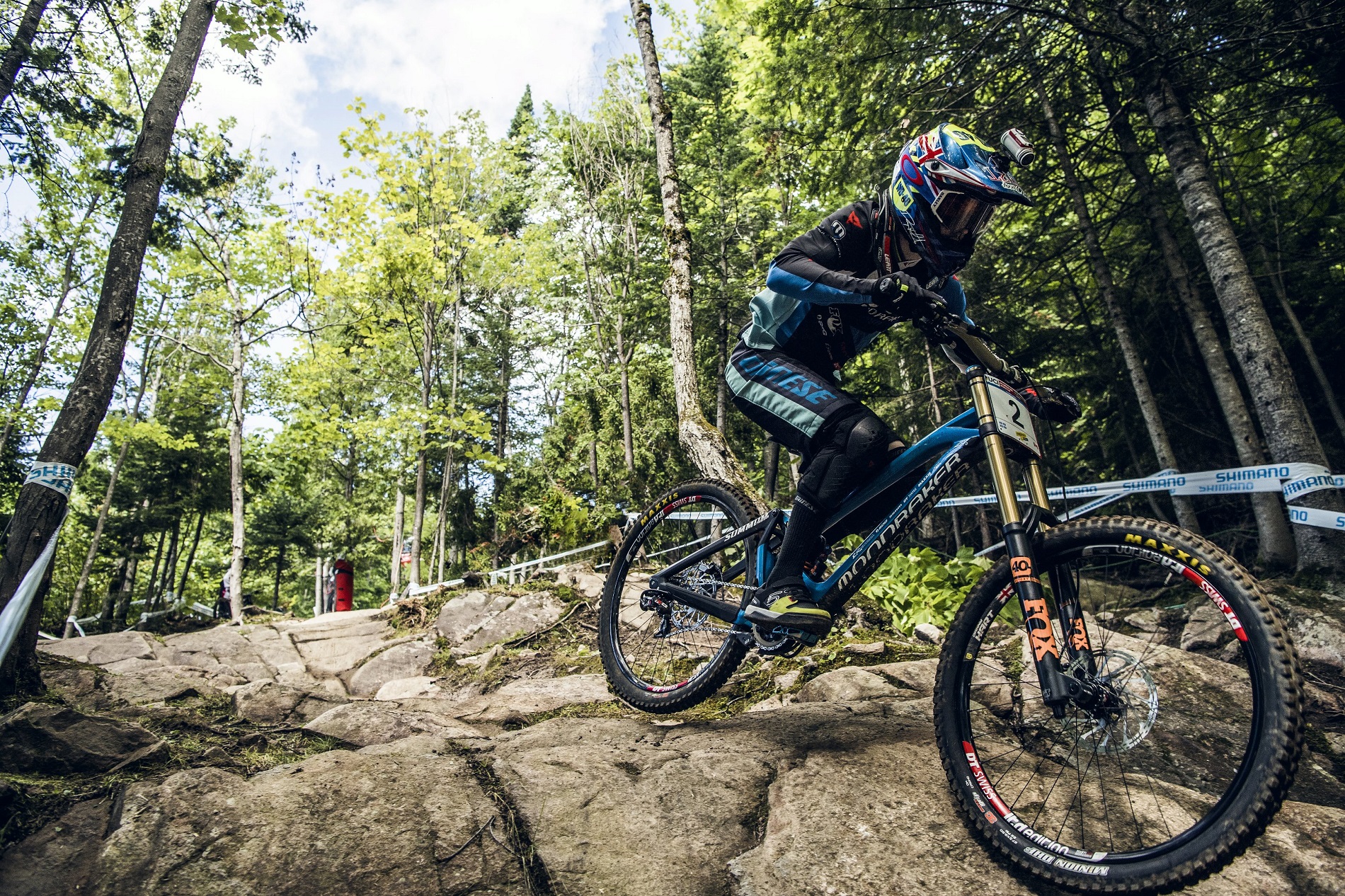 The Mont Sainte Anne World Cup race was quite exciting as the racers continued to go faster and faster. Red Bull and the Parkin Brothers have published their finals highlight reel. Check it out inside.

If you missed the race, be sure to watch the replay.

Racers have had a short break since the last World Cup and spirits were high as everyone was vying for the top spot. This weekend saw the return of Loic Bruni and many were excited to see what he could do and he did not disappoint. Luca Shaw wowed fans and riders this weekend. He is a newcomer to the World Cup podium but if you’ve been following Luca you knew his time was coming. He’s been getting closer and closer each race and made it this round.

Rachel Atherton continued her winning ways in Mont Sainte Anne. Tahnee Seagrave had a crash in qualifying but rallied in the finals to secure 3rd place.  You can see her below on the Smith drop.

Danny Hart repeated his World Cup winning streak and claimed victory at Mont Sainte Anne over a star studded field.  Aaron Gwin was hot on his heels during his race run but he  couldn’t best Hart’s time.

If you missed the race, be sure to watch the replay. Visit www.redbull.com/bike for more World Cup content as well.

The UCI World Cup finals in Andorra will be one you won’t want to miss.