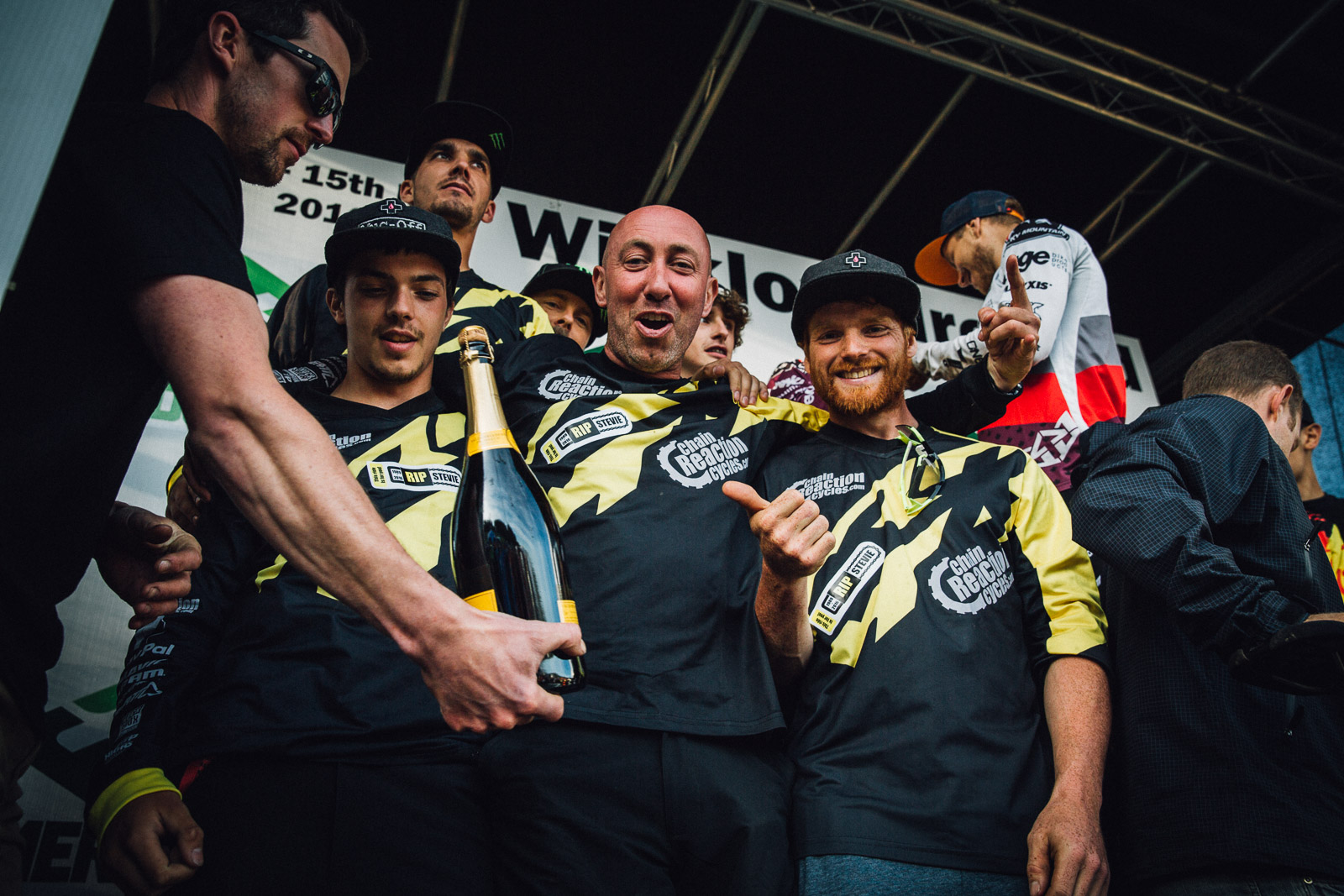 Wicklow, Ireland, provided one of the most electric races of this year’s Enduro World Series, where Team Chain Reaction Cycles PayPal rider and downhill legend Sam Hill finished in second place behind Irishman Greg Callaghan. Sam’s podium place was all the more impressive given that he was riding on flat pedals!

Sam’s teammate, Joe Smith, finished in ninth place too – a great result when you look at the calibre of thoroughbred enduro riders on the start list.

After a great week leading up to the Irish EWS where we all had a really fun week with the guys from Chain Reaction Cycles and Nukeproof, it was up and down emotions throughout the week aftear hearing the terrible news about Canadian downhill legend Stevie Smith passing away after an accident on his MX bike.

We ride for Stevie

We all new Stevie well, some more than others, but it hit us hard in different ways that such a legend and super nice guy lost his life at only 26 years old, but what a life he led in his short 26 years! RIP Stevie you will always be remembered when we are out riding our bikes!

Wicklow, Ireland, was the venue for the third round of the 2016 EWS series and the first round of the year for our team. The trails and crowd in Wicklow are out of this world and the weather blessed us here once again setting the stage for one hell of a race.

With seven tough stages in one day it is brutal for all the riders in every category, but the Irish fans make it that bit easier.

The team’s main focus is downhill, but we have a great Nukeproof bike, the Mega, for enduro, and we are all racers and want to do well whatever the discipline.

With two big days of practice we were all feeling pretty tired coming into Sunday’s race day with six hours on the bike and over 25 minutes of timed race stages for the top boys.

Elliott Heap rode really well and solid in all his stages to take a well deserved seventh place in the very competitive under 21’s category and I even managed a podium third place in the Masters over 40’s battling through with two top guys I used to race downhill and dual with back in the late 1990’s and early 2000’s. Karim Amour and my good friend and close rival Tim Ponting finishing second and fourth respectively all of us beaten fair and square by a very fit and fast local rider Robin Seymour.

Mike Jones finishes in the top-30

Onto the Elite riders and the crowds were out in full force. We were all eagerly anticipating what the lads could do against the world’s fastest enduro riders.

The lads didn’t disappoint and showed they have been putting in the work with training. All 3 of them decided to ride their new Mega 27.5 bikes and what a result for the team and bike.

Mike Jones ended up 28th overall – still a great result with a few crashes on a couple of stages and admittedly not his favourite discipline at this stage of his early downhill career.

Joe Smith rode amazingly strong all day – not to mention looking one of the most stylish riders on the mountain – finished ninth overall with a second place on the final tough stage seven only just over a second behind the world enduro number one Richie Rude.

There was a lot of anticipation from the whole world and the local Irish fans on what downhill legend Sam Hill could do here on his Nukeproof Mega, signature flat pedals, open face Mavic Helmet and no goggles or glasses running a big Mavic backpack and boy did he not disappoint the fans! Sam absolutely smashed every stage looking fast and smooth all day to grab second place overall after the seven stages, just three seconds behind local hero Greg Callaghan! Amazing effort buddy, the whole team was pumped for you and super proud! You’re the Man!

A big-up has to go out to Richie Rude who battled back from a puncture and 70th position on stage two to grab the last podium spot in third place! What a machine the young American rider is! So what an amazing race to end a great week with the team finishing second overall in the team rankings and on the podium!

We all dedicated this race to our legend of a friend Stevie Smith.

Thanks to everyone at CRC and Nukeproof for a great week, Jacy Shumilak for keeping five bikes running perfectly and to all our sponsors for their continued support.